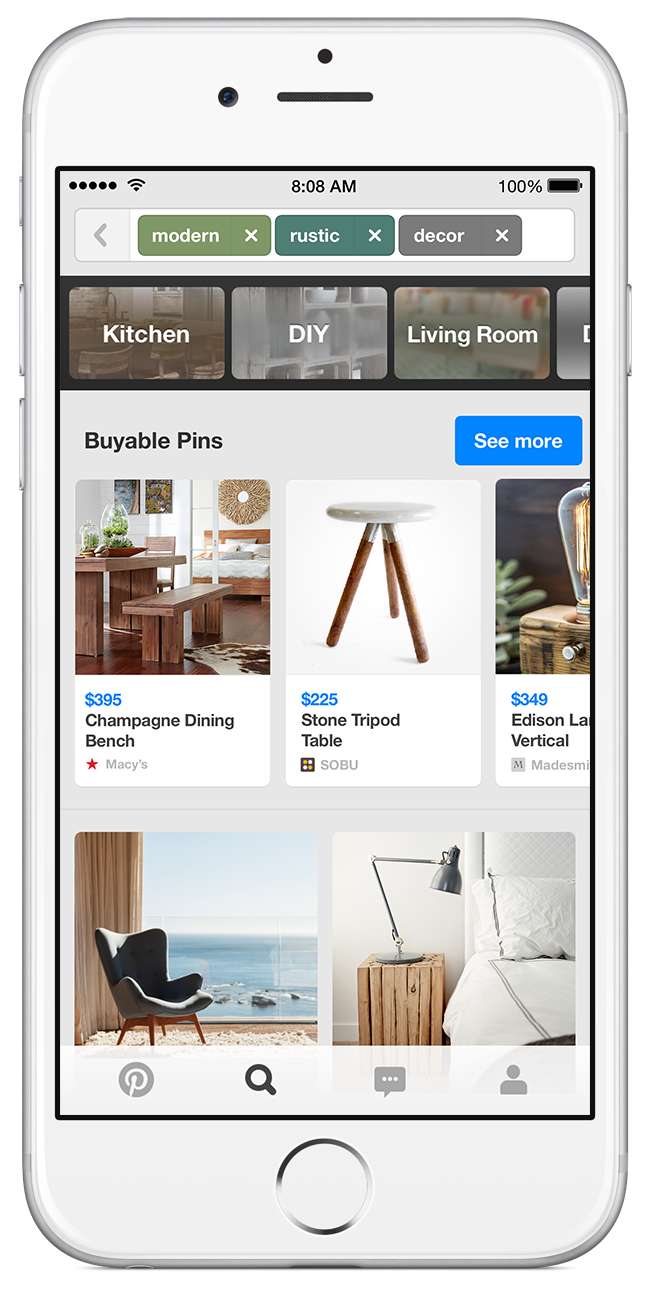 Pinterest might have a reputation as a platform where users curate fields of crafty dreams, but on Tuesday, the platform gave its American users the ability to make those dreams reality–by buying them. A new button will appear next to Pinterest items that users can purchase directly from the app.

The new “Buy it” button transforms Pinterest into a shopping platform where users can search for price ranges and color options. The buyable Pins–all 30 million of them–will be supplied from retailers like Nordstrom, Macy’s, Neiman Marcus, and thousands of stores on Shopify and Demandware.

Retailers will not be able to promote their buyable Pins on the platform yet, Pinterest’s general manager of monetization told TechCrunch. Instead, they’ll have to rely on organic traffic. “Basically we’ve been told for five years, it’s the No. 1 request from pinners,” Kendall said. “It’s not an advertising offering — we hope to offer that at some point but we did not announce that.”