The fastest-growing group of entrepreneurs in America 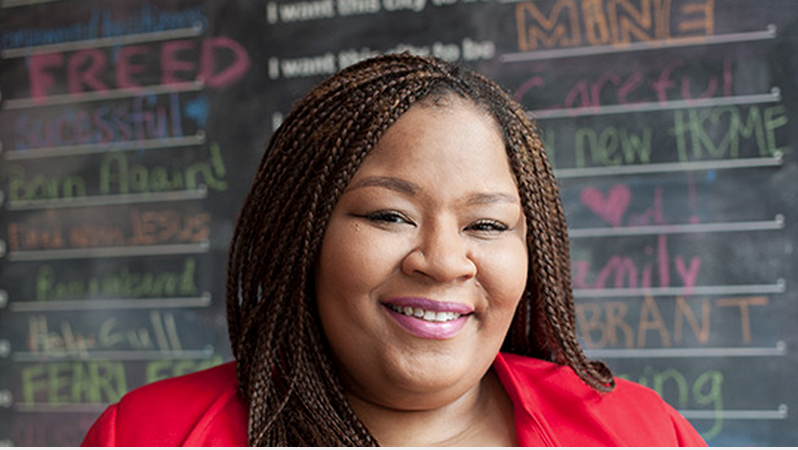 Courtesy of the Build Institute

The number of businesses owned by African American women grew 322% since 1997, making black females the fastest growing group of entrepreneurs in the U.S.

Overall, the number of women-owned businesses grew by 74% between 1997 and 2015—a rate that’s 1.5 times the national average, according to the recently published “2015 State of Women-Owned Businesses Report” commissioned by American Express Open. Women now own 30% of all businesses in the U.S., accounting for some 9.4 million firms. And African American women control 14% of these companies, or an estimated 1.3 million businesses. That figure is larger than the total number of firms owned by all minority women in 1997, the report found.

“The only bright spot in recent years with respect to privately-held company job growth has been among women-owned firms,” according to the report. These businesses have added an estimated 340,000 jobs to the economy since 2007, while employment at companies owned by men (or with equally shared ownership) has declined.

None of this surprises Margot Dorfman, CEO of the U.S. Women’s Chamber of Commerce. Her organization has seen an uptick in membership from black women entrepreneurs.

“We attribute the growth in women-owned firms to the lack of fair pay, fair promotion, and family-friendly policies found in corporate America,” she said. “Women of color, when you look at the statistics, are impacted more significantly by all of the negative factors that women face. It’s not surprising that they have chosen to invest in themselves.”

The highest concentrations of black woman-owned businesses are in Georgia, Maryland, and Illinois, but African American women are launching companies in growing numbers across the country. In Detroit, where city leaders, foundations, and even President Obama have promoted entrepreneurship as an economic development tool, a tiny nonprofit is making outsize efforts at helping black women become business owners. Since it was formed in 2012, the Build Institute has graduated nearly 600 students from its eight-week courses, which teach the basics of starting and running a business, including such topics as money management and how to determine your break-even point. Nearly 70% of those students are women, and 60% of them identify as a member of a minority group.

“Our typical participant is an African-American woman,” said April Boyle, the group’s executive director. “It was very intentional from the very beginning to be inclusive, because when we started we saw a gap. There was a lot of attention on high-scale, high-growth technology companies but not a lot of support for community and Main Street entrepreneurs. I’m now seeing this pipeline of people getting their feet wet with a bakery or craft entrepreneurship, and it’s whetting their taste buds and really helping them to understand how to build companies and create wealth.”

Danielle Smith launched Detroit Maid in 2013 after she couldn’t find a cleaning service that was willing to take work assignments in Detroit. “Firms that were just two or three miles away in the suburbs wouldn’t come into the city. It made me angry,” she said. “And I was sure I wasn’t the only Detroiter who wanted some kind of basic service.”

So the self-described neat freak opened a cleaning service. Smith said it was scary going out on her own after working in corporate America as a brand and marketing executive, but she derived strength from the Build Institute and her parents, who owned a pizza shop when she was growing up.

“My brothers and I did everything from bus tables to pour coffee,” Smith said. “I learned a lot about entrepreneurs: the good stuff, the bad stuff, the ugly stuff.”

For its part, the Build Institute taught Smith the “technical stuff” and gave her advice on how to market and brand her services, including creating a special 40-point checklist she calls the “maid-ifesto” to help customers understand what goes into a basic cleaning. Making that simple and understandable has helped with clients, she said.

Smith’s first customer was Paramount Pictures, which was in Detroit filming Transformers: Age of Extinction. The company found her through a Google search and asked Smith to put together a proposal. She did and got the contract. Since then, she has hired four part-time employees and has worked on nearly 300 accounts, both commercial and residential, and is looking at revenue of approximately $80,000 in 2015, more than double last year.

Smith is unusual among entrepreneurs of any race or gender in that she employs more than just herself. Just 10% of women-owned businesses, and approximately 20% of men-owned firms, have employees. Firms owned by women employ just 6% of the country’s workforce, according to the American Express report. Firms owned by African American women tend to be smaller than average and have lower employment growth.

That’s of serious concern to Carla Walker Miller, whose Detroit-based Walker Miller Energy Services employs 43 people and expects revenues of $7 million this year. She wants to see more women focusing on growth businesses, and on supporting themselves and their communities.

“We face an incredibly steep incline trying to do two things: one is just to be successful, and the other is to create wealth,” she said. “There is a glut of woman-owned businesses who are kind of mid-range. They support themselves, but they aren’t on a high-growth trajectory.”