How this group of playwrights is fighting sexism on Broadway 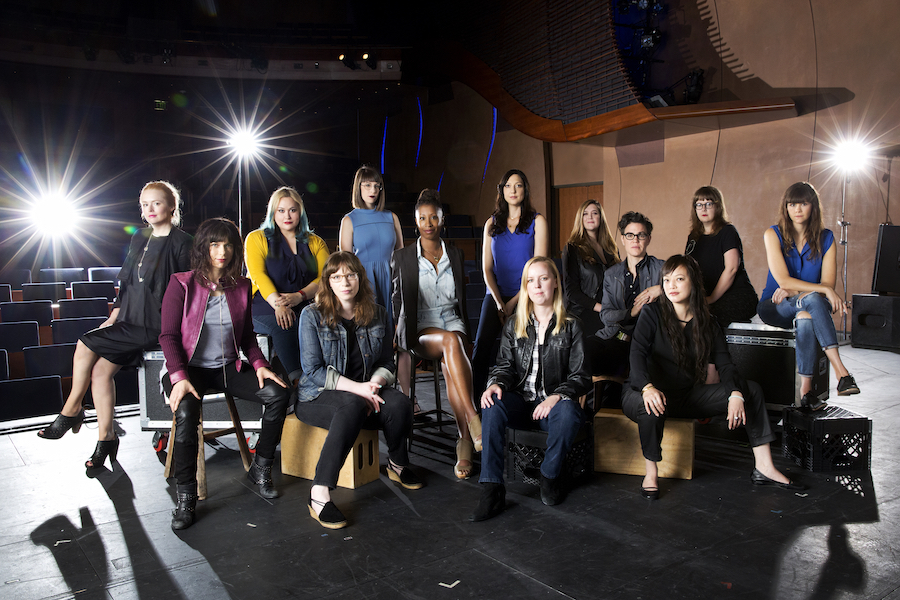 Hollywood isn’t the only place where women writers and directors are underrepresented. The best current tallies put the share of women-written plays produced in American theater last year at about 24%—and that includes dead writers. Sixty-eight percent of the Broadway audience is female, but in the 2013-14 season there wasn’t a single new play on the Great White Way written by a woman.

One group of advocates has come up with a solution so simple it seems hard to believe it could work: A list of the most recommended un- (or under-) produced plays by women, nominated by people who read plays for a living.

On June 21, the Kilroys, a Los Angeles-based collective of thirteen playwrights and producers, published their second annual “The List”—53 plays by women or trans playwrights, based on a survey of 321 professional artistic directors, literary managers, professors, producers, directors, and dramaturgs. (Their inaugural 2014 list surveyed 127 theater professionals to assemble a list of 46 plays.)

This “to-do” list for theaters seems to be making headway on the road to parity. More than 47 productions of at least 28 plays from last year’s list have been mounted or announced. Many theaters have a long lead time, so some of those productions may have already been in the works, but according to the Kilroys, many of the playwrights have reported increased interest in their work, and theaters have said they were influenced to program plays as a result of The List.

Why a list? As Kilroys member Joy Meads explains it, many of the LA-based advocates had observed the success of Franklin Leonard’s Black List, an annual round-up of the best unproduced screenplays in Hollywood that has lead to successes like the Academy-Award winning “The Imitation Game.” Second, Kilroys members who have worked in theaters and seen how plays are selected, noticed that whenever anyone was challenged on the diversity issue, the response was: “We just produce the best plays.”

“[That] puts women writers and excellence in opposition,” says Meads. “I read hundreds of plays a year and I know there is no contradiction between excellence and including women’s voices. So we wanted to speak to that abundance, and say women are writing plays, and they are of great quality.”

The List is a way to move the conversation past the question of excellence, because it is based on nominations from theater gatekeepers.

Meads notes that one of the side-benefits of The List is that it eliminates the false answers about why women’s plays aren’t produced (e.g. “there aren’t enough great plays by women”) opening up opportunities to talk about what the real obstacles are.

In Meads’ opinion, unconscious bias is a key factor. She mentions academic studies that suggest that white men dominate fields where innate talent or “brilliance” is valued, because women are stereotyped as being “hard workers” more than geniuses. And those that find people are quicker to apply labels like “genius” to men than to women.

The Kilroys hope The List provides a tool to take on some of these unconscious biases. Says Meads: “If an artistic director or producer has to go before their board to argue her case, she can say: ‘This play was rated one of the most excellent by a survey of 300 experts in the field.’ It mitigates risk.”

Janine Nabers had two plays on the inaugural list. Next spring, one of the plays, Serial Black Face, will have its world premiere. She credits The List with helping make that happen. “It is drawing attention to a problem in theater that institutions have been sweeping under the rug for years. Women write plays. And many of them are damn good ones… I hope it’s published every year.”

Playwright Martyna Majok, also on the 2014 list, feels the Kilroys have ignited national conversation and action. “Their brilliant, matter-of-fact approach seems to have inspired a lot of theatres to put their money where their mouths are,” she says. “‘Here we are and there’s more of us coming,’ resounded through the American theatre last year.”