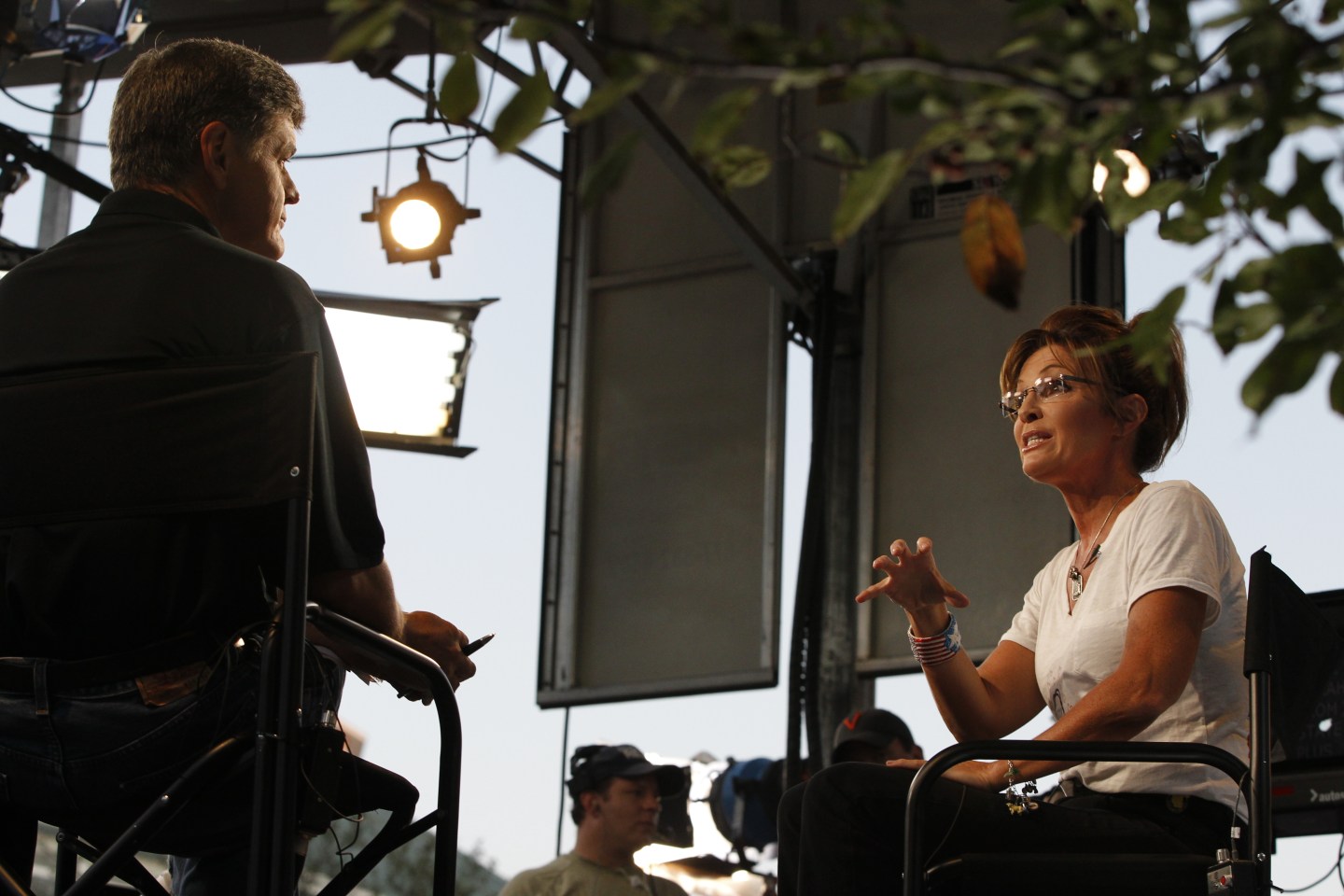 The Fox News Channel has chosen not to renew its contract with former Alaska governor and 2008 Republican vice presidential candidate Sarah Palin, according to an exclusive report written by Mike Allen of Politico this morning. A spokesperson for the Fox News Channel confirmed the report to Fortune in an e-mail.

This is not the first time the former governor and the network have split. She was originally hired by the network in 2010, and given a contract worth $1 million a year, according to CNN Money, and the association ended in 2013. She came back to the network, but a lot had changed. Her new financial arrangement was worth “only a fraction” of what the network had paid her previously, according to The Daily Beast.

The Politico report added insult to injury by disclosing that Fox “executives consider her less relevant now, and her appearances were sometimes hampered by the vast time difference with Alaska.”

Palin burst onto the national scene seven years ago. She had served as governor of Alaska since 2006 before becoming a national figure two years later, when Republican presidential candidate John McCain chose her as his running mate. This made her an historical figure at the same time, as she was now the first woman ever to be part of a Republican presidential ticket.

After President Barack Obama and Vice President Joe Biden defeated the McCain-Palin ticket, McCain returned to his job as Arizona senator. Palin, on the other hand, took advantage of the popularity she had gained on the night of September 3, 2008, when 40 million viewers saw her accept her party’s nomination for Vice President at the Republican National Convention in Minneapolis, Minnesota.

Her status with the Republican base and with the nascent Tea Party movement made her a beloved figure among conservatives, who responded to her with a degree of enthusiasm normally reserved for professional athletes. She took that enthusiasm and ran with it.

Palin’s cachet with conservative audiences made her a natural choice for frequent appearances on the Fox News Channel. She was a regular guest on such shows as “Glenn Beck,” “Hannity” and “On the Record w/ Greta Van Susteren,” whose host, Van Susteren, made numerous appearances at the former governor’s house.

According to Allen’s report, the end of Palin’s contract doesn’t end her association with the network. She is still expected to appear as a guest on the Fox News Channel and the Fox Business Network, and she still has her show on the Sportsman Channel, “Amazing America with Sarah Palin.” There’s also the Sarah Palin Channel online news network, and speaking engagements leading into the 2016 presidential contest are likely to be abundant. As Allen notes, Palin still has a large social media following — 4.5 million Facebook fans – twice that of Rand Paul, who has the biggest reach in the 2016 field.

Governor Palin herself has not commented publicly on the split with the Fox News Channel, but Allen noted that at midnight, she had changed the cover photo on her Facebook page to one promoting her political action committee, SarahPAC. The photo contained a quote from the speech she gave in Dayton, Ohio on August 29, 2008, when she was first introduced as McCain’s running mate.

“I didn’t get into government to do the safe and easy things,” she said at the time. “A ship in harbor is safe but that’s not why the ship is built.”

Visitors to the SarahPAC site are treated to a trailer for the video “Building America’s Future,” a documentary coming this summer from Grizzly Film Studios that details her influence on the 2010 Republican takeover of the House of Representatives and the party’s 2014 takeover of the Senate.