Meet ‘Nollywood’: The second largest movie industry in the world 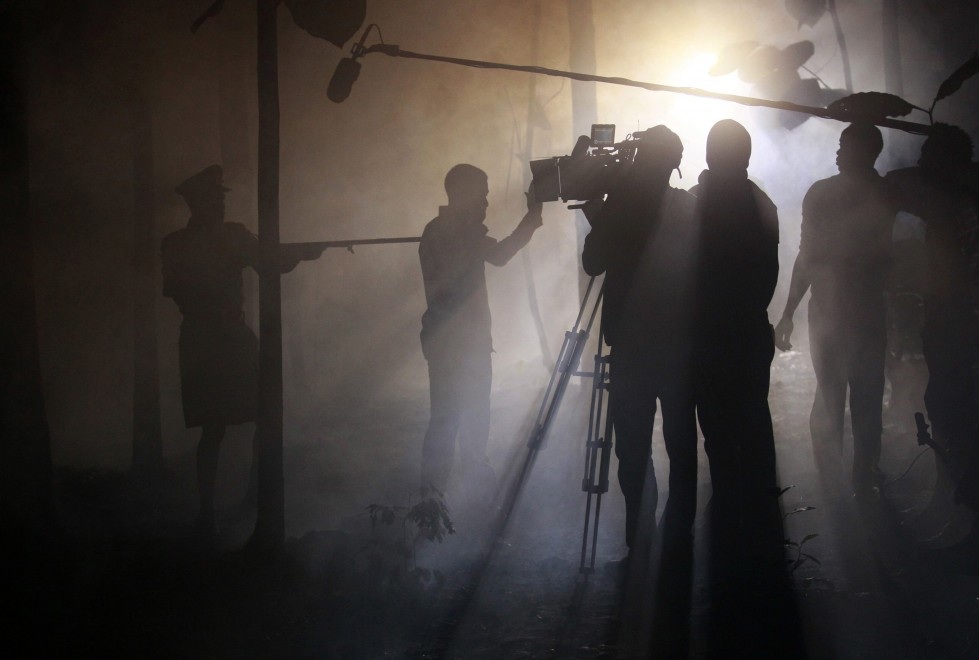 In 1992, in Nigeria, electronics salesman Kenneth Nnebue shot a straight-to-video movie in one month, on a budget of just $12,000. Living in Bondage sold more than a million copies, mostly by street vendors, and Nollywood – Nigeria’s movie industry – was born.

By 2009, Nollywood had surpassed Hollywood as the world’s second largest movie industry by volume, right behind India’s Bollywood. And in 2014, the Nigerian government released data for the first time showing Nollywood is a $3.3 billion sector, with 1844 movies produced in 2013 alone. Earlier this year, Nollywood Producer Kunle Afolyan reached an exclusive Netflix distribution arrangement for his latest film, October 1. This adds to the 10 Nollywood related titles already on Netflix and the U.S. media company’s recent $12 million movie rights purchase of Nigerian novel Beasts of No Nation, to star Idris Elba.

And many observers believe that the global reach of African films could take off, led by video on demand (VOD) platforms and productions of Nigeria — the continent’s largest economy and most populous nation.

“Nollywood’s popularity across Africa and the diaspora certainly demonstrates the capacity of the films to travel,” said Nigerian film producer and financier Yewande Sadiku.

But, she notes industry is “in desperate need of a financial makeover.” Indeed, pirating of Nollywood productions is a big problem in Nigeria and throughout Africa. Nigeria’s film regulatory agency now posts existing laws, enforcement actions, and arrest details for film copyright infringement online, but many in the industry, including Nollywood producer Kunle Afolayan, say that’s not enough. They’ve pressed for stronger copyright laws and led a campaign to expose violators, including posting photos and films of alleged pirating operations.

And critics note that while Nollywood has volume, it lacks production value, and African actors have yet to breakout globally. “The truth is key players in the global movie industry still have little idea what Nollywood is about,” said Nigerian producer Kunle Afolayan. “The volume won’t matter until we can connect the art to the money with better content and profits.”

Nigeria’s National Bureau of Statistics data also highlights Nollywood’s greatest shortcoming: severe revenue bleed. Of the industry’s $3 billion valuation less than 1 percent was tracked from official ticket sales and royalties. The rest came from pirated reproductions sold by unauthorized vendors for roughly $2 each. As a result, producers and financiers see only a fraction of the movie industry’s economic value.

African digital content startups and the entry of subscription-based video on demand are trying to change this equation. With financial backing of $25 million from firms such as New York’s Tiger Global and Sweden’s , iROKO Partners licenses and streams Nollywood content to global subscribers, who pay $1.50 a month. “The focus is to take this popular movie industry, digitize it, and put the right framework around it to capture the proper value,” founder Jason Njoku said of Nollywood and iROKO’s platform.

“The revenue is already there, it’s just scattered. If stakeholders can invest in Nollywood and make back profits, it will lead to larger budgets and better quality content.”

Competition in African digital entertainment is heating up. In 2014, Africa Magic, a Naspers owned South African satellite TV channel, announced its $8 a month Africa Magic Go VOD package. Then there’s Kenyan startup Buni.tv’s new Buni+, a $5 a month streaming movie service. Each has a heavy focus on consumers of Nigerian content. Meanwhile, YouTube is also becoming a competitor. Taking a cue from U.S. disruptors like Netflix, Africa’s digital film platforms are already creating proprietary programming. iROKOTV is now directing its own productions through its ROK Studios. So too is Nairobi based Buni.tv, which launched Ogas at The Top, a Nigerian version of its popular political satire XYZ Show. In April Nigerian media outlet TechCabal reported a distribution partnership between IROKOTV and Netflix. But, neither Njoku nor Netflix would confirm or deny any deal to Fortune.

Reliable Internet–a baseline for streaming VOD–is still a problem in African countries, however. IROKO has set its developers to creating smaller Nollywood movie files and more direct download options. Another Nigerian startup, SOLO, is bridging the device and broadband gap by offering entry level smartphones (around $75) and its View App that allows customers to buy and rent digital content at download hotspots throughout the country.

As Africa’s VOD platforms improve prospects for the continent’s films by formalizing revenue and distribution streams, Nollywood may not be the only industry to profit. U.S. digital content purveyors could benefit too. “If we can solve these monetization challenges for African creative content, it can apply to any creative content,” said Jason Njoku.

Jake Bright is a Whitehead Fellow of The Foreign Policy Association and author of the upcoming book, The Next Africa: An Emerging Continent Becomes a Global Powerhouse.

Correction: An earlier version of this story erroneously said that Nollywood first surpassed Hollywood in volume in 2014; it reached that marker in 2009. The Nollywood industry’s first official valuation was made in 2014. The story has been updated to reflect this.