Russia’s 2018 World Cup preparations are a mess, on and off the field 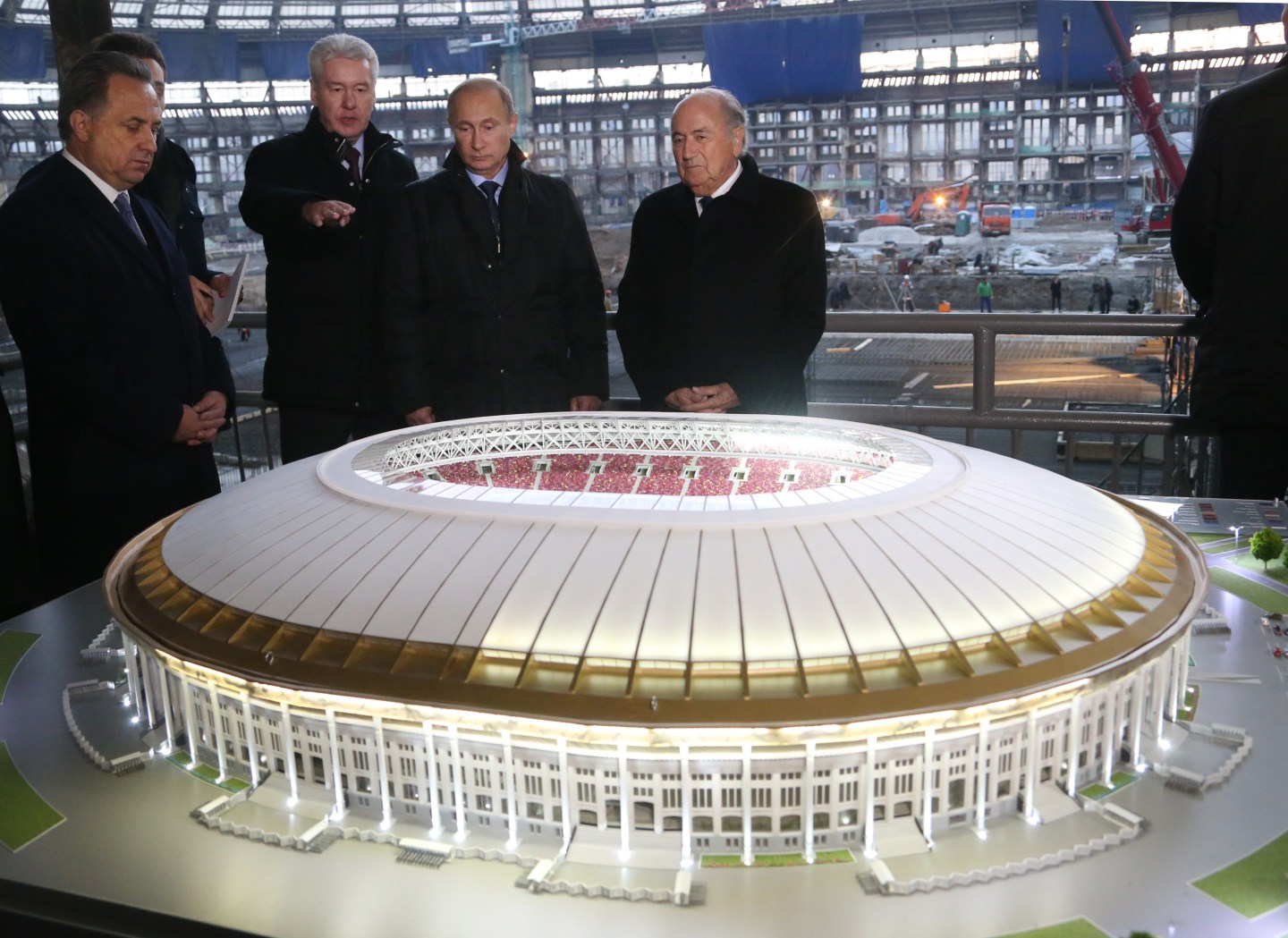 It’s getting harder to tell whether Russia’s preparations for hosting the soccer World Cup in 2018 are in bigger trouble on the field or off it.

On Monday, the government slashed the equivalent of over half a billion dollars from its budget for the tournament, trying to make sure that the ruble’s devaluation doesn’t end up driving the final bill higher. Russia’s budget is under severe pressure from the sharp fall in oil prices and western sanctions over its behavior toward neighboring Ukraine. The European Union renewed its sanctions for another six months Monday.

But at least today the country has solved one problem: the humungous wage bill of its Italian coach, Fabio Capello. Capello said last week he hadn’t been paid for eight months–a reflection of the troubles that the Russian Football Union (RFS) has had in trying to deliver the 2018 tournament.

The situation was rescued Tuesday by billionaire businessman Alisher Usmanov, who owns a minority stake in the London-based club Arsenal FC. Sky Sports reported his press service as saying that Usmanov had donated 300 million rubles ($5.5 million) to pay off the arrears. The heavily-indebted RFS’s own boss Nikolay Tolstykh was sacked three weeks ago.

Whether saving Capello will get Usmanov any plaudits at home is another question. The veteran coach, who has led AC Milan and the Italian and English national teams, is presiding over a wretched run of results since crashing out of last year’s World Cup in Brazil in the group stages, behind Algeria.

The team’s latest embarrassment, a 1-0 loss at the hands of little Austria, left Russia on the verge of missing out entirely on the European Championships next year and caused fans to launch a nationwide crowd-funding campaign to get rid of him.

But if the Capello problem (or at least its financial aspects) is now solved, the off-field issues remain a headache. Russia’s bid for the rights to host the 2018 World Cup is the subject of two criminal investigations in the U.S. and Switzerland that focus on allegations that bribes were paid to win the rights to host the tournaments.

President Vladimir Putin, who personally backed the campaign to host the 2018 tournament, stressed at the weekend that: “We won in a free fight and we are going to host the World Cup.”

Initially, the 2018 campaign was an echo of the “money-no-object” approach that went into preparing the Sochi Winter Olympics. Those games ended up being the most expensive games in history, costing over $51 billion and drawing allegations of widespread corruption and cronyism.

In the new economic reality, Russia is now scaling back its designs, trimming the capacity of the planned new stadia and, with yesterday’s plans, striking some hotels entirely. The campaign originally promised six new stadiums and new training grounds and health facilities to cater for the players, as well as major upgrades to air and rail links for the fans.

The government initially estimated a total cost of around 664 billion rubles for the tournament–around $22 billion at the exchange rates that prevailed then. The latest revision brings it to 631 billion, but the dollar budget is much lower, because the ruble lost over a third of its value against the dollar since then.

The new costings suggest the World Cup will cost less than a quarter of the final bill for Sochi. But cost overruns are again everywhere, not least due to higher bills for imported materials.

Deputy Prime Minister Igor Shuvalov said recently the federal government will only cover 355 billion rubles of the total, meaning that Usmanov and others (particularly the oligarchs that own the clubs who will play at the new stadiums) may well end up dipping into their pockets again before the finals.

But what if you built it and they still didn’t come? Other national soccer associations have already started to murmur that they will force a new vote on hosting the 2018/2022 tournaments if the allegations of corruption are proved. Meanwhile, the contractor for one of the new stadiums, in Kaliningrad, has already gone bust.

And, as ever, the PR risks rival the business ones. Even if the tournament goes ahead, it will come hot on the heels of presidential elections in March that already looked pre-programmed to cause further trouble between Russia and the West. Putin is widely expected to run for a fourth term. His re-election in 2012 triggered large-scale demonstrations in Moscow after widespread allegations of ballot-rigging.

A repeat of that would hardly be the desired backdrop for his next prestige project. But at least the country will finally have the soccer infrastructure that a country with its rich sporting heritage deserves.