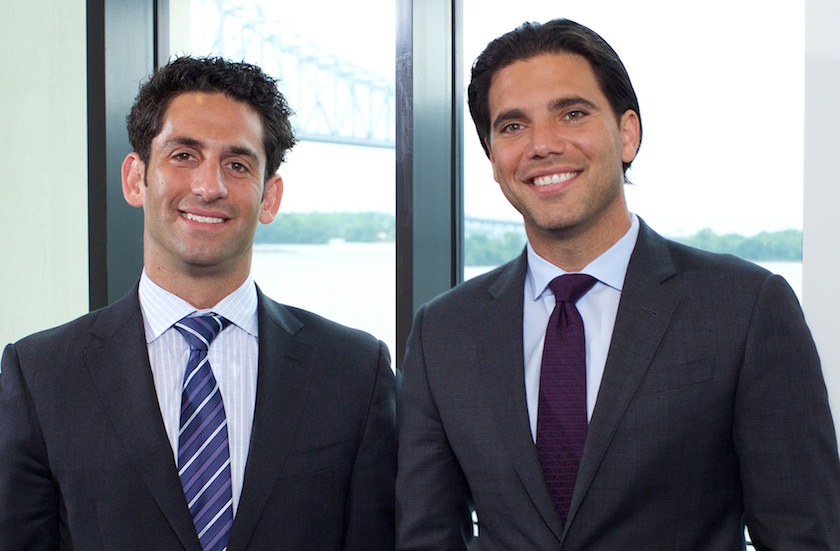 The career paths of Asher Raphael and Corey Schiller (35 and 33, respectively) at Power Home Remodeling Group are telling of the unique culture of ambition that prevails at this Chester, Pennsylvania-based exterior home improvement company. Both men started in entry-level jobs at Power on the same day in 2003. By 2014, they were co-CEOs.

According to Power’s 1,500 employees, the company is focused on the needs of its millennial workforce—it garnered the highest scores in Great Place to Work’s recent survey of 90,000 workers under the age of 35. Not only are both CEOs millennials, but so are 84% of the staff, whose average age is 29 years old. Power focuses on empowering its employees and creating opportunities for advancement—ultimately making it the employer of the happiest millennial workers in the U.S. and handing it the No. 1 spot on Great Place to Work’s inaugural list of the 100 Best Workplaces for Millennials. That means it beat out Google, which appears at No. 25 despite being the current leader on Fortune‘s annual list of the 100 Best Companies to Work For. (The ranking of the Millennials list was determined solely by employee feedback, not by company perks or benefits.)

Comments gathered by Great Place to Work indicate that 99% of Power employees have “great pride” in the company and feel they have “great bosses,” while 100% say that Power offers “great challenges” — an important motivator for the millennial generation. “We challenge our people, that’s a big part of our culture,” says Raphael. “We don’t want to just find great people, we want to challenge them to get better.” One employee told Great Place to Work, “The culture in this company is unreal.”

As one might imagine, it is difficult to recruit strong corporate candidates to a construction company. “Home remodeling is an amazingly splintered industry,” says Raphael. “It often brings with it people who took some of the easier roads in life. Maybe they didn’t finish their education, maybe haven’t had the best track record. For us, just because that’s what is represented in our industry it doesn’t have to be that way. We can get people that have graduated from law school or have MBAs. And that can be our biggest differentiator.”

Or they can get people who spent nearly a decade on reality television. Paula Beckert, who was on the 2006 season of MTV’s “The Real World” and spent years starring in “Road Rules” challenges, joined Power as an office manager in January. Like many, she couldn’t imagine what she might bring to a home remodeling company. “My mother-in-law came across the job listing, and I’m like, ‘What the hell do I know about home remodeling?’ And then from the interview alone, I said to myself, ‘I don’t care if they sell pancakes, I want to work for this company,'” Beckert told Fortune. “Once I stopped doing the wild and crazy thing in my youth, I was looking for a career, not just a job. Asher said, ‘Give me a year, and if this isn’t your favorite place, you can move on.’ After the first month I knew I loved it. I’ve drunk the Kool-Aid.”

Power’s culture isn’t about perks. In fact Jackie Herb, a business technology director who has been at Power for a year and a half, says, “I wouldn’t even say that we have many perks. There’s no pool table, no game room, there’s just the people. But before Power, I was in sales, and when I was having a good week, my managers loved me and they said, ‘Let’s go grab a drink,’ but when I was having a crappy week, they treated me like garbage. Corey and Asher don’t look at it that way. And that says a lot about the culture, top-down.”

Raphael and Schiller have also placed an emphasis on using more tech, both internally and for the customer, to improve service. The entire company’s data is on Nitro, a proprietary internal database that is part social network, part black book of customers. And the company pays well. Millennials know that the biggest producers make the biggest salaries. “LeBron James makes significantly more money than his teammates, and that seems justified to them,” says Schiller. “And we agree. You can earn a lot money here, if you produce.” The average salary of a marketing rep is $60,000 to $100,000, while sales reps (called “remodeling consultants”) make $70,000 to $150,000. The top-performing sales reps make $250,000.

On their path to becoming co-CEOs, Raphael and Schiller ruffled some feathers at the company more than once. They wanted to expand quickly, while their senior colleagues were cautious. At one point in 2011, the two of them had to stop for a second and take a breath. You could call it a “millennial moment.”

Raphael and Schiller started working for the home improvement contractor after college. Both had gone to American University and played varsity soccer there, and both rose in the company step by step. The two of them were VPs (Raphael in sales, Schiller in marketing) when they began vocally lobbying for Power to expand and open new offices. They started by consolidating Power’s three small satellite offices (in Mt. Laurel, New Jersey; Newark, Delaware; and Fort Washington, Pennsylvania) into one company headquarters in Brookhaven, Pennsylvania. (In 2011, they relocated the headquarters down the road to Chester, where it is today.)

In 2008, the two young hotshots (both still under 30) got what they wanted: Raphael and Schiller were named heads of strategy, and they were tapped to lead an expansion—in the middle of an economic downturn. “That was a difficult thing, we had to find a balance of pushing ourselves but with checks to make sure,” says Raphael. “No one believed in what we were doing. We met with manufacturers that wouldn’t even sell us their products. It had to do with our age—they thought we were overly ambitious—but also our model wasn’t proven, and had even been somewhat disproven by other companies in the industry that tried to expand and failed.”

They opened the first new offices in 2009: one in Cranford, New Jersey, and one in Greenbelt, Maryland. The Cranford office brought in $18 million in revenue in the first 10 months. It had taken Power, which was founded in 1992, 15 years to get to that size at its Chester headquarters. The Greenbelt office has since overtaken headquarters in Chester to become the largest staffed location in the company, with more than 200 employees.

The experiment had worked. So from 2009 to 2011, Raphael and Schiller lived on the road, opening up satellite locations and evolving the vision for the company. Raphael describes it as a “scary time,” since competitors in the home remodeling industry had never succeeded at expanding at such a fast rate, and most had remained local, with just one or two offices. But the friends believed each satellite office could grow to $40-80 million in annual revenue as long as they were right outside major cities.

In 2011, Power opened three new offices: in Long Island, outside Boston, and outside Atlanta. “By the time we opened the office in Atlanta, we realized we were spreading ourselves a little thin,” says Raphael. “And I think at that moment, Corey and I and some others decided we need to take a step back.”

All three of those offices were successful and turned a profit the following year. So, by Raphael’s summation, “If what was driving us were just dollars, we would have opened up like 4 or 5 offices the next year. All of a sudden, people were saying, ‘Why don’t you open up more, more, more.’ The tune had certainly changed from when they first began their expansion crusade in 2007.

But that moment of vertigo—the sudden need to pump the brakes for a moment—is indicative of what can happen with millennials in the workplace. Experts say the generation (typically characterized as those in the workforce under the age of 35 this year) can be high-energy, ambitious, and competitive in the workplace. They also do best when guided and mentored. Power places an emphasis on mentorship, as well as access to leaders (employees say they can walk into the CEOs’ offices any time to ask a question.) In 2011, Schiller was named CEO, and in 2014 Raphael became co-CEO.

With $310 million in revenue in 2014, Power Home Remodeling is small. But Asher Raphael says he and Corey Schiller aim to grow its influence by “fighting an industry stigma: that there’s no real scale or professionalism, that it’s a dead-end type of thing, a place for misfits. And for a long time now, I think we’ve been winning that fight. We get really impressive people to work here. And a byproduct of great people is that they get other great people to come.”

To see the full list of the 100 Best Workplaces for Millennials, visit fortune.com/best-workplaces-millennials/.