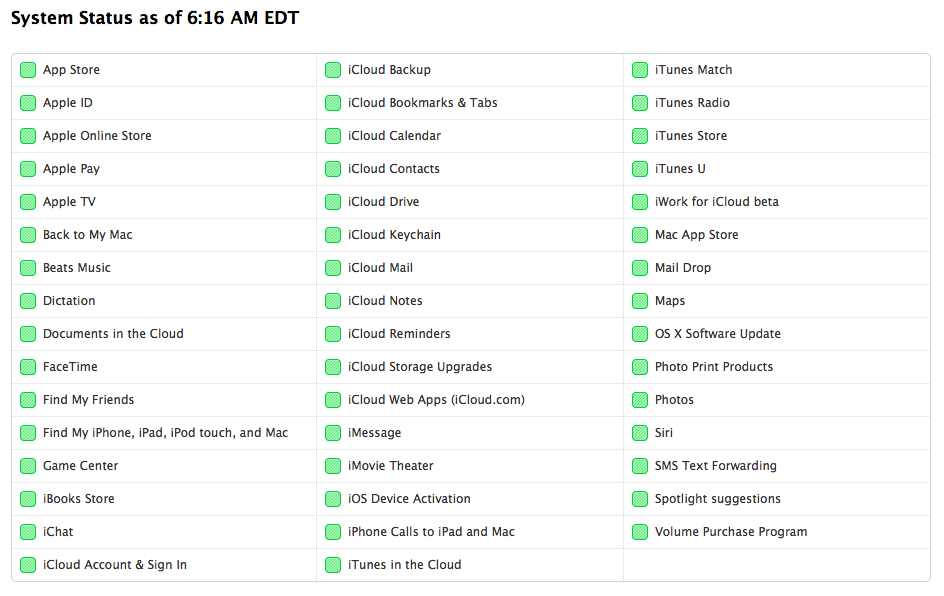 When I got up this morning, reports of widespread outages in Apple’s messaging service were still popping up in multiple languages on Twitter. They began, according to 9to5Mac’s Chance Miller, in the wee hours.

I have no idea what caused this particular outage. But I think I know why these things happen way more often to me on Apple’s services than Google’s.

As of this morning, Apple’s system status page showed 47 different cloud services, from App Store to Volume Purchase Program with things like Siri, Apple TV and Find My Friends in between.

Yet providing cloud services is what Google does for a living. Roughly 90% of its revenue comes from Web or mobile advertising. The cloud is where Google’s bread is buttered.

Apple’s top priority is building cool devices. That’s where it gets 90% of its revenue. Cloud services are important—they’re part of the ecosystem that keeps its customers coming back for more—but they’re icing on the cake. Not aligned with Apple’s business interests, as Stratechery’s Ben Thompson likes to say, but rather “orthogonal” to them.

Bottom line: Apple’s is juggling a lot of balls in the cloud—more than twice as many as Google—yet iCloud is not their top priority. No wonder they drop the ball from time to time.