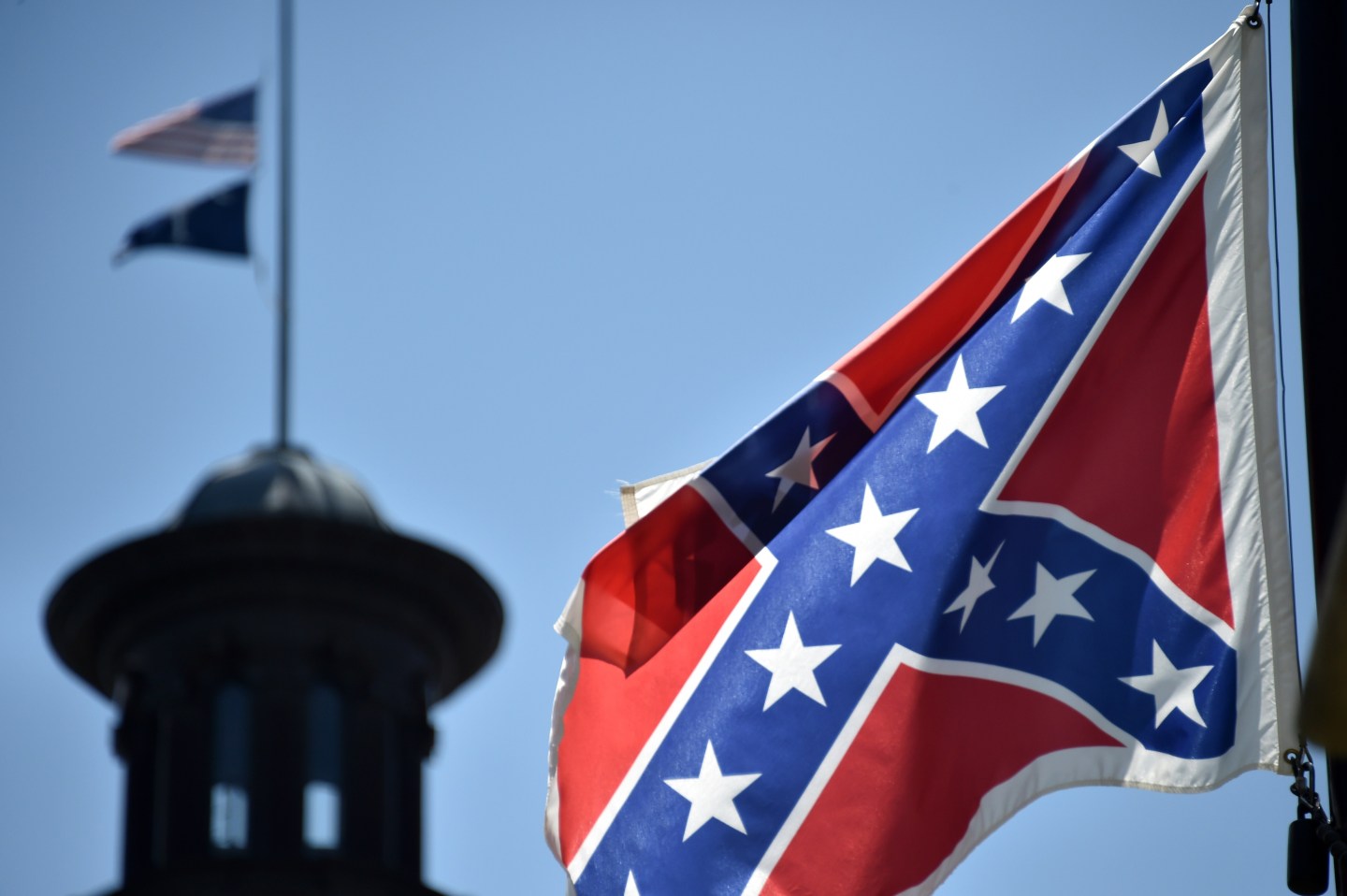 The South Carolina and American flags flying at half-staff behind the Confederate flag erected in front of the State Congress building in Columbia, South Carolina on June 19, 2015. Police captured the white suspect in a gun massacre at one of the oldest black churches in Charleston in the United States, the latest deadly assault to feed simmering racial tensions. Police detained 21-year-old Dylann Roof, shown wearing the flags of defunct white supremacist regimes in pictures taken from social media, after nine churchgoers were shot dead during bible study on Wednesday. AFP PHOTO/MLADEN ANTONOV (Photo credit should read MLADEN ANTONOV/AFP/Getty Images)
Photograph by Mladen Antonov — AFP/Getty Images

eBay(EBAY) said in a statement today that it will ban Confederate flag-themed items, immediately, following in the footsteps of Walmart, Sears and K-Mart.

“We have decided to prohibit Confederate flags, and many items containing this image, because we believe it has become a contemporary symbol of divisiveness and racism,” the spokesperson said in a statement.

The backlash against the flag comes in the wake of the mass shooting in a Charleston, S.C., historically black church. The alleged perpetrator, Dylann Roof, has been shown posing with the Confederate flag in photos, as well as making racist remarks.

In response to the shooting, South Carolina Governor Nikki Haley called for the Confederate flag that stands on the grounds of the state capitol to be taken down. Viriginia Governor Terry McAuliffe called for his state to phase out license plates depicting the flag, which many associate with slavery and racism.