Pixar’s Inside Out just had a record-breaking weekend 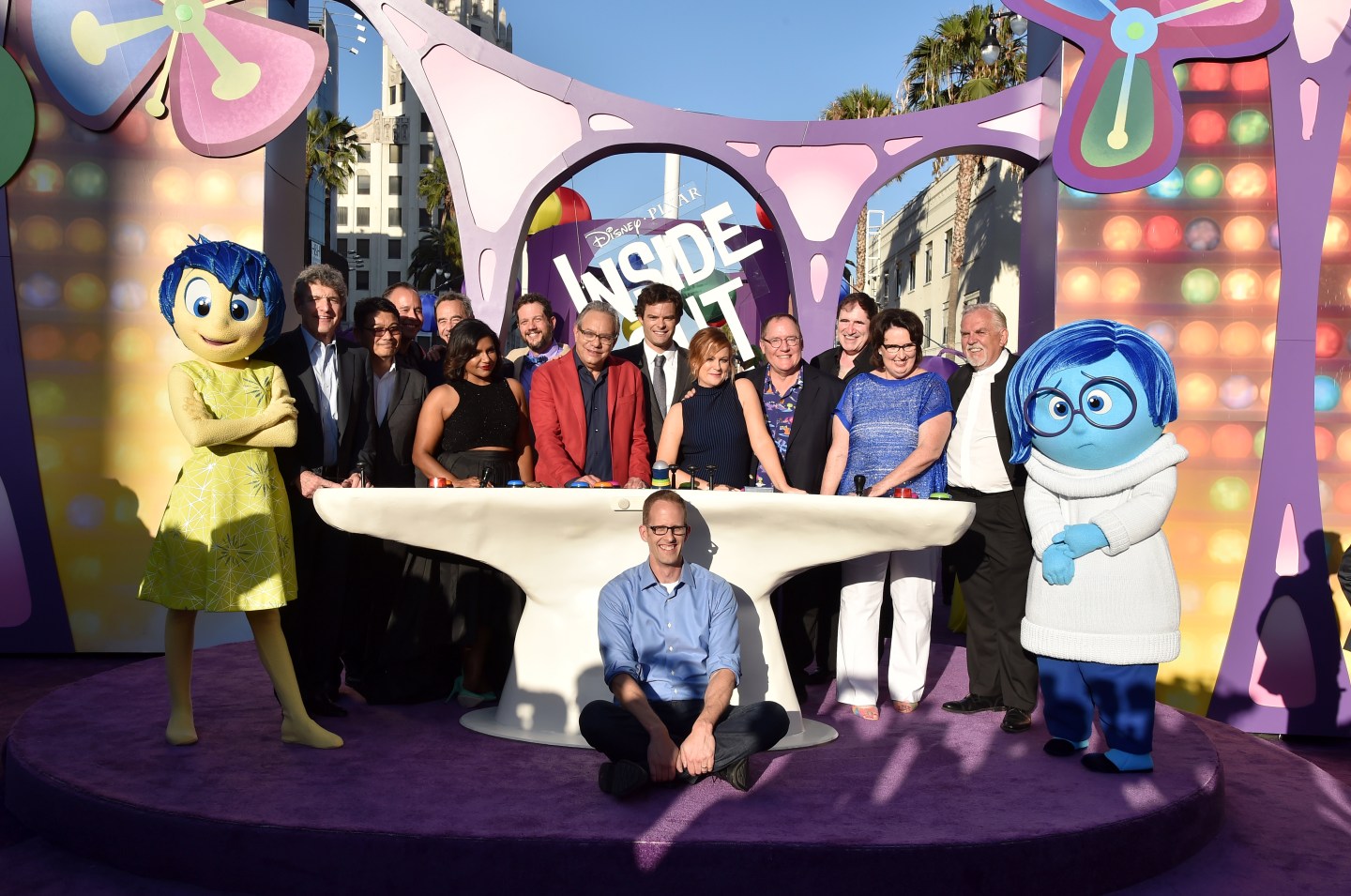 HOLLYWOOD, CA - JUNE 08: Director Pete Docter (C) and the cast of "Inside Out" attend the Los Angeles premiere of Disney-Pixar's "Inside Out" at the El Capitan Theatre on June 8, 2015 in Hollywood, California.
Photograph by Kevin Winter — Getty Images

Inside Out‘s opening weekend may not have been able to unseat Jurassic World, but the animated film from Walt Disney Company’s (DIS) Pixar studio still posted a record box-office debut.

Inside Out brought in $91.1 million in U.S. ticket sales this past weekend, which gives it the highest-grossing opening ever for an original Pixar film, according to The Hollywood Reporter. The only Pixar movie to score a bigger box-office opening was 2010’s Toy Story 3, a sequel that pulled in $110.3 million.

Released on Friday, Inside Out is a coming-of-age tale that follows five anthropomorphic emotions — Joy, Sadness, Disgust, Fear, and Anger — inside the mind of a young girl. The movie features the voices of comedians Amy Poehler, Mindy Kaling, and Bill Hader.

Jurassic World, another successful sequel, refused to be knocked from its perch atop the box-office rankings in its second week in theaters. The dinosaur thriller pulled in another $102 million this weekend, one week after an opening weekend that included earning a pace-setting $204 million in the U.S. and a record $512 million worldwide. Jurassic World, which is distributed by Comcast’s (CMCSA) Universal, now has a domestic gross of $398 million less than two weeks since its release, along with a global box-office haul nearing the $1 billion mark.

The action film’s continued dominance ended one of Pixar’s proudest streaks. Inside Out is now the first Pixar film to not place first at the box office in its opening weekend. Before Inside Out‘s Friday release, Pixar had not put out a movie since 2013’s Monsters University, and the animation studio had not released an original film (a non-sequel) since Brave, three years ago.

Meanwhile, Pixar is hoping theater-goers’ interest in dinosaurs holds up through the fall. The studio has another animated film due out in November, called The Good Dinosaur.