Female startup founder: Why I hid my pregnancy while fundraising 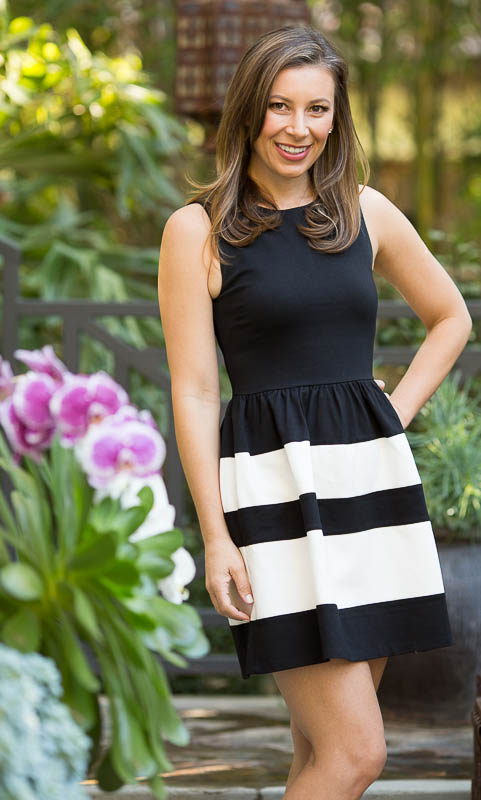 “Last night I sent one of my best friends an ultrasound photo. She called me crying with tears of joy. I laughed at her and told her she was crying for the both of us because I hadn’t cried yet. Later I thought about how odd that must be, that I haven’t cried – not when I found out I was pregnant, or when I had my first ultrasound, or when I told my husband the news. I haven’t shed one tear in three months. While I am happy about having a child, I feel ashamed for getting pregnant because my industry looks down on it.

It’s the worst feeling in the world having to hide your pregnancy. It’s awful knowing that the second I reveal that I am pregnant, investors will suddenly second guess whether I am capable enough to run a company. So, I am going to hide my pregnancy as long as I can.”

I wrote this journal entry three years ago, in the middle of fundraising for my dating startup, Three Day Rule. Since then, I have built a successful business with 30 employees, launched our service in six cities, closed another round of funding with IAC/Match, the world’s largest dating site, as the lead investor—and proved all those hesitant investors wrong.

Three Day Rule began as a passion project. While working as a producer at E! Entertainment, I saw my co-workers and friends struggling with dating. I began matchmaking from my cubicle and, eventually, started hosting singles events. As the parties grew, I saw the masses of successful, attractive singles frustrated with the dating scene and knew there was something missing from the market. I took a huge leap of faith and quit my job to start the company.

My business partner and I were accepted into a tech incubator program, The Founder Institute, and won pitch competitions all over town—we were even featured on ABC’s Shark Tank. We knew it was time to start raising money to scale the business, so we set out after a seed round.

But, despite all of our initial success, we faced an unexpected challenge: I found out I was pregnant. My husband was ecstatic, but I was scared.

During this time, a well-known LA investor wrote a blog post about his struggle over whether or not invest in a company run by a pregnant entrepreneur, which included the chilling line: “A pregnant CEO/founder is going to fail her company.” (Ultimately, he did invest.)

Without mentioning that I was pregnant, I started asking my colleagues for their opinions on the subject. Much to my chagrin, they all openly agreed. “It’s a huge red flag when the founder of a company is pregnant.” “Honestly, I’d never invest in a company with a pregnant CEO.” Everyone seemed to believe that the people from whom I would be raising money, angels and VCs, simply did not know how to handle a pregnant CEO, and would avoid one like the plague.

I felt ashamed and upset at myself for getting pregnant during this crucial fundraising time.

So, I made what I thought was my only choice: I hid my pregnancy from investors, from family, even from my own business partner. I didn’t want her to walk into pitch meetings feeling insecure. Instead, I chose to wear ponchos and baggy clothing.

As soon as I started to show, I began to dread every pitch. It became tougher and tougher to hide. One day, I wore a trench coat to a meeting when it was 80 degrees outside. I must have looked ridiculous. But I knew that I had a better chance of raising money looking ridiculous than I would looking pregnant.

We fundraised for four months and raised our seed round. Only afterwards did I let my team in on my secret and finally let my belly out.

One Saturday, while working from a local coffee shop, I happened to run into someone I knew well from the LA tech scene. Seeing his look of surprise, I pointed to my belly and casually said, “Oh, you haven’t seen this yet?” He looked as if he had been hit by a train. He couldn’t even form a word.

Later, I called him to find out more about his reaction. “When I saw you,” he said, “I had a negative visceral reaction and I thought to myself: ‘How can a pregnant lady run a dating site?’” I asked why he didn’t feel that way about married founders. “Married people still go to events and bars,” he said. “Women with babies stay at home.”

Once my pregnancy became common knowledge, I was shocked by colleagues’ reactions. Instead of congratulating me, as they would for a woman in a different career, they expressed confusion about why I wanted to continue to work hard and grow the company. It was as if I had immediately transformed from a capable leader into an incapable vessel, just by being pregnant.

As I was grappling with my status as a pregnant founder, another bombshell hit. My business partner of two years decided to leave the company.

Now, I was not only a pregnant, married founder of a matchmaking company, but I was without a business partner. My worst nightmares had come true.

The next few months were a total blur. I thought about quitting more than a few times, but couldn’t bring myself to do it. Instead, I marched forward. Somehow, with a lot of determination and countless sleepless nights, I took over my partner’s responsibilities and managed to run the company on my own. I continued to pursue our next round of funding and find ways to grow and scale the company.

Oh, and somewhere in between, Max, my beautiful son and the light of my life, was born.

In April 2014, I raised a Series A from IAC/Match and Three Day Rule became Match’s exclusive matchmaking company. I’d transformed the company from a pipedream to a powerhouse.

Since our Series A, we’ve launched in six cities and we’re about to embark on an expansion plan that will change the way people are dating across the country. It’s time to take the company to the next level. But, of course, that requires capital. To grow, we’ll need to raise another round.

Three months ago, I found out I was pregnant with my second child. Although I was thrilled about having a girl, my heart sunk. Another round, another round belly.

Things are different this time, though. As I look around the tech events I attend, I see more and more women. Although we still have a long way to go, there are more women joining the industry every day. My 30-person company is nearly all women, and I see my employees thriving– speaking on panels, writing articles as thought leaders, and going head-to-head with their male peers. We’re making traction.

However, I still don’t see anyone who looks like me. Pregnant women just don’t exist in this startup world. People look at me like I’m out of place, and they ask me about my belly, rather than the company I have grown.

The women who do start careers in technology still face plenty of hurdles, even in the midst of their success. The difficulty I faced while fundraising as a pregnant woman is only one example of the prejudice against mothers that remains pervasive in startup culture.

Now, as I begin another round of fundraising, I am determined to take a stand. I have proven that it is possible to do both: to be a great mom and to run a successful startup. This time, I won’t hide my pregnancy, and I won’t be afraid of what investors might think. This isn’t just an argument about “having it all.” This is about having the opportunity to show that we can.

Talia Goldstein is the founder and CEO of Three Day Rule, a leading personalized matchmaking start-up backed by IAC/Match.