The secrets to a healthy life 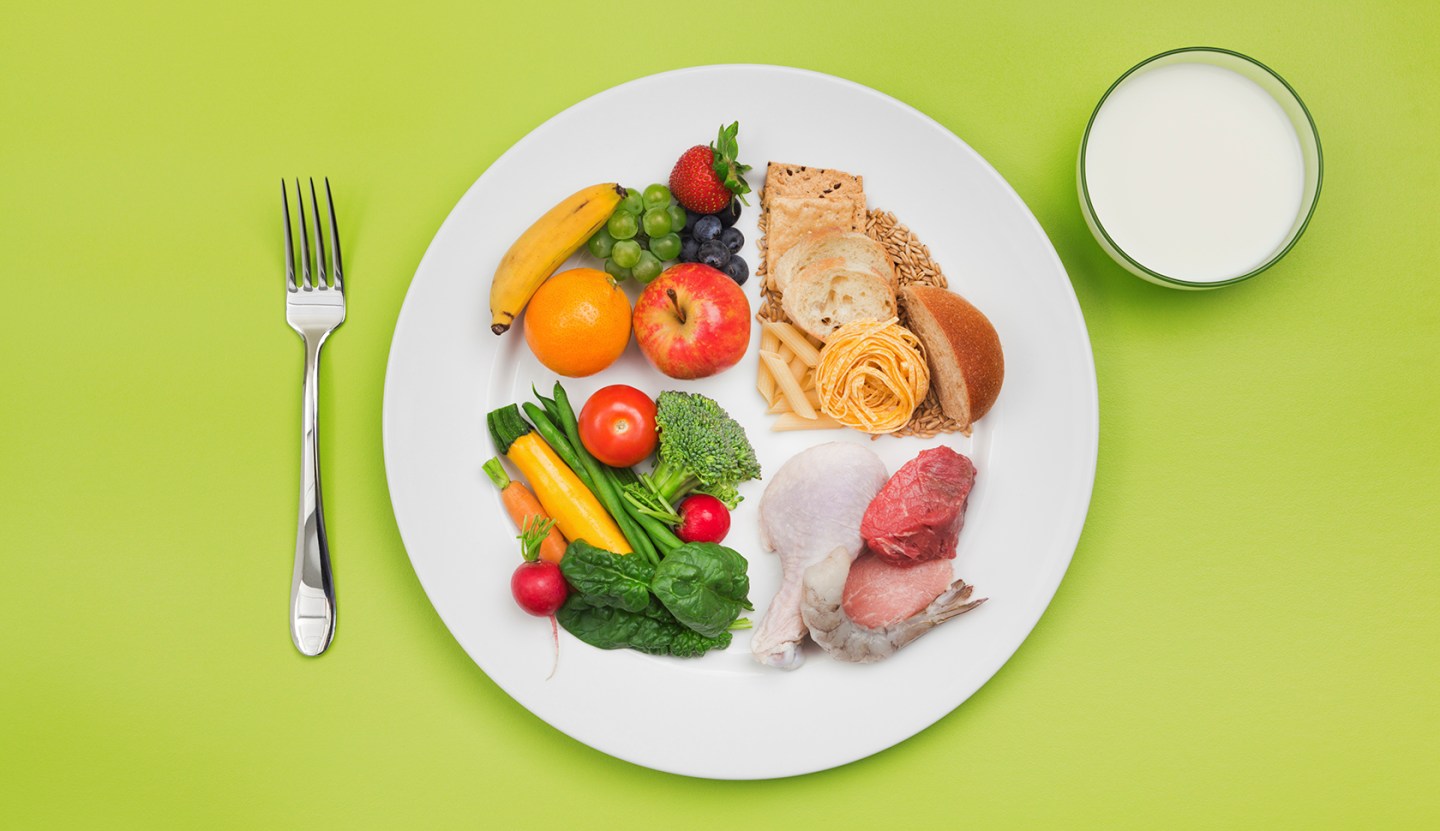 You are what you eat.
Photograph by YinYang — Getty Images

What we choose to eat has a powerful impact on both our internal and external environments. When we realize that something as primal as what we choose to put in our mouths each day makes an important difference in these crises, it empowers us and imbues these choices with meaning. If it’s meaningful, then it’s sustainable—and a meaningful life is a longer life.

For almost four decades, my colleagues and I at the non-profit Preventive Medicine Research Institute and the University of California, San Francisco, have conducted clinical research proving the many benefits of comprehensive lifestyle changes. These include:

Many people tend to think of advances in medicine as high-tech and expensive, such as a new drug, laser, or surgical procedure. We often have a hard time believing that something as simple as comprehensive diet and lifestyle changes can make such a powerful difference in our lives—but they often do.

In our research, we have used high-tech, expensive, state-of-the-art scientific measure to prove the power of these simple, low-tech and low-cost interventions. These randomized controlled trials and other studies have been published in the leading peer-reviewed medical and scientific journals.

In addition to preventing many chronic diseases, these comprehensive diet and lifestyle changes can often reverse the progression of these illnesses.

Changing lifestyle actually changes your genes—turning on genes that keep you healthy, and turning off genes that promote heart disease, prostate cancer, breast cancer, and diabetes—over 500 genes in only three months. People often say, “Oh, it’s all in my genes, there’s not much I can do about it.” But there is. Knowing that changing lifestyle changes our genes is often very motivating—not to blame, but to empower. Our genes are a predisposition, but our genes are not our fate.

Our latest research found that these diet and lifestyle changes may even lengthen telomeres, the ends of our chromosomes that control aging. As your telomeres get longer, your life gets longer. This was the first controlled study showing that any intervention may begin to reverse aging on a cellular level by lengthening telomeres. And the more people adhered to these lifestyle recommendations, the longer their telomeres became.

This is a different approach to personalized medicine. It’s not like there was one set of diet and lifestyle recommendations for reversing heart disease, a different one for reversing diabetes, and yet another for changing your genes or lengthening your telomeres. It’s as though your body knows how to personalize the medicine it needs if you give it the right raw materials in your diet and lifestyle.

It’s not all or nothing. In all of our studies, we found that the more people changed their diet and lifestyle, the more they improved and the better they felt—at any age. So, if you indulge yourself one day, just eat healthier the next. If you don’t have time to exercise one day, do a little more the next. If you don’t have time to meditate for an hour, do it for a minute. What matters most is your overall way of eating and living.

These lifestyle changes are part of the most influential trend in medicine today—what is known as “Lifestyle Medicine,” which is lifestyle as treatment as well as prevention.

There is a convergence of forces that makes this the right idea at the right time. While the limitations of high-tech interventions such as drugs and surgery are becoming increasingly well-documented, the power of diet and lifestyle interventions is also becoming clearer.

More than 86% of the $3 trillion in annual U.S. health care costs (which are really predominantly sick-care costs) are from chronic diseases which can often be prevented and even reversed by making healthier diet and lifestyle choices, at a fraction of the costs—and the only side-effects are good ones.

For example, in the European Prospective Investigation into Cancer and Nutrition (EPIC) study, patients who adhered to healthy dietary principles (low meat consumption and high intake of fruits, vegetables, and whole-grain bread), never smoked, were not overweight, and had at least 30 minutes a day of physical activity had a 78% lower overall risk of developing a chronic disease.

That’s really mind-boggling. Type 2 diabetes and pre-diabetes are pandemic, already affecting almost one-half of all Americans. United Health Care projected that if current trends continue, annual costs from these will be more than $3.3 trillion over the next decade, which is clearly not sustainable.

And yet the EPIC study showed that type 2 diabetes is completely preventable for at least 93% of people today. We don’t need a new breakthrough; we just need to put into practice what we already know. Also, lowering blood sugar with diet and lifestyle is more effective at preventing premature death and disease than getting it down with diabetes medications.

Likewise, heart and blood vessel disease is still the number-one cause of death in the U.S. Yet at least 90% of heart disease can be prevented—today!—by changing diet and lifestyle. And that’s probably an underestimation.

It’s not just low-fat vs. low-carb. A study found that animal protein dramatically increases the risk of premature death independent of fat and carbs. In a study of over 6,000 people, those aged 50-65 who reported eating diets high in animal protein had a 75% increase in overall mortality, a 400% increase in cancer deaths, and a 500% increase in type 2 diabetes during the following 18 years. In contrast, plant-based proteins were protective.

At the same time that the power of comprehensive lifestyle changes is becoming more well-documented, the limitations of high-tech medicine are becoming clearer.

For example, randomized controlled trials have shown that angioplasties, stents, and coronary bypass surgery do not prolong life or prevent heart attacks in most stable patients. Only 1 out of 49 people with early-stage prostate cancer and PSA levels below 10 may benefit from surgery or radiation; the other 48 may become incontinent, impotent, or both—i.e., maimed in the most personal ways.

Yet when men are diagnosed with prostate cancer, most want to do “something” if the only alternative is to do nothing—watchful waiting or active surveillance. As mentioned earlier, our randomized controlled trial showed that comprehensive diet and lifestyle changes may slow, stop, or even reverse the progression of early-stage prostate cancer, so this may be a third alternative for many men.

Lifestyle medicine is cost effective as well as medically effective. Our research has shown that when comprehensive lifestyle changes are offered as treatment (not just as prevention), significant cost savings occur in the first year because the biological mechanisms that control our health and well-being are so dynamic.

For example, Highmark Blue Cross Blue Shield found that overall health care costs were reduced by 50% in the first year when people with heart disease or risk factors went through our lifestyle program in 24 hospitals and clinics in West Virginia, Pennsylvania, and Nebraska. In patients who spent more than $25,000 on health care in the prior year, costs were reduced 400% in the following year. In another study, Mutual of Omaha found that they saved $30,000 per patient in the first year in those who went through our lifestyle program.

Because of these findings, Medicare began covering my program of lifestyle medicine for reversing heart disease in 2011 when they created a new benefit category. If it’s reimbursable, it’s sustainable. Last year, I began a partnership with Healthways to create a new paradigm of health care based on our work. Already we have trained The Cleveland Clinic, Beth Israel Medical Center, UCLA, and many others. Now that Medicare is covering my program, the other major insurance companies are doing so as well, including Anthem (formerly WellPoint), Aetna, Highmark Blue Cross Blue Shield, and many others.

Many people are surprised to learn that animal agribusiness generates more greenhouse gases than all forms of transportation combined. The livestock sector generates more greenhouse gas emissions than the entire global transportation chain as measured in carbon dioxide equivalent (18% vs 13.5%). More recent estimates are that these numbers are even higher—that livestock and their byproducts may actually account for more than 50% of annual worldwide greenhouse gas emissions (at least 32.6 billion tons of carbon dioxide per year).

More than half of U.S. grain and nearly 40% of world grain is being fed to livestock rather than being consumed directly by humans. In the United States, more than 8 billion livestock are maintained, which eat about seven times as much grain as is consumed directly by the entire U.S. population. It takes over ten times as much energy and resources to eat a meat-based diet than a plant-based diet.

We have enough food today to feed all 7 billion humans on the planet if more people ate lower on the food chain.

Producing 1 kg of fresh beef requires about 13 kg of grain and 30 kg of forage. This much grain and forage requires a total of 43,000 liters of water.

Governor Jerry Brown recently ordered water restrictions in California. Many people don’t realize that a long shower takes 40 gallons of water but it takes 4,000-18,000 gallons of water to make one 1/3 pound hamburger according to the U.S. Dept. of the Interior.

So, to the degree we choose to eat a plant-based diet, we free up tremendous amounts of resources that can benefit many others as well as ourselves. I find this very meaningful. And when we can act more compassionately, it helps our hearts as well.

Dean Ornish is founder and president of the Preventive Medicine Research Institute and clinical professor of medicine at the University of California in San Francisco.