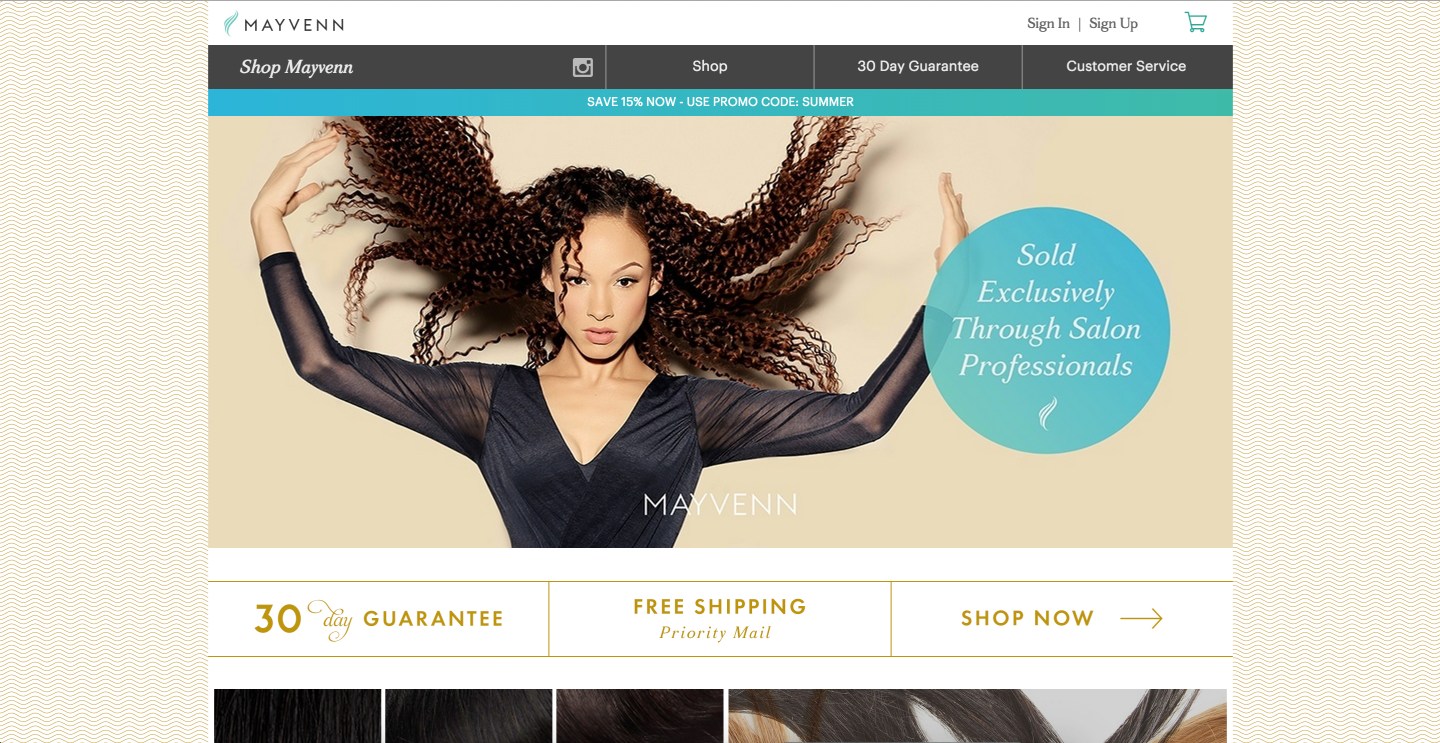 The unorthodox conversation came about because on Friday, Oakland, Calif.-based hair extension startup Mayvenn announced it has raised $10 million in new funding. Horowitz’s venture capital firm, Andreessen Horowitz, led the round, and he’s joining the board as an observer.

Mayvenn — which is a hair extension company at its core — lets stylists serve as the salespeople and distribution channels by selling the extensions to their own customers. The company makes it convenient by providing each stylist with their own personalized e-commerce site, handling the fulfillment so stylists don’t have to worry about purchasing inventory, providing a product satisfaction guarantee and providing them with marketing tools. It then lets the stylist keep a 15-20% commission.

Only 5% of hair salons and independent hairstylists catering to black women in the U.S. carry or sell the hair extensions they use in their customers’ hair, according to Mayvenn co-founder and CEO Diishan Imira. So 95% of salons and stylists end up forcing their customers to purchase extensions on their own from hair supply stores based on recommendations from their stylists. This often leads to purchasing the wrong kind, getting a low-quality product, overpaying, and so on.

“The core metric for us is to help our stylists make more money,” Imira told Fortune. “I’m all about the win-win. I don’t make money until she makes money.”

Imira had his lightbulb moment a few years ago after a family member asked him to help her order hair extensions because of his background in sourcing products and supply chain management, and he realized the disconnect between the extensions supply and the hair stylists. He eventually founded the company with Taylor Wang, with whom he’d worked on a previous business.

The company currently has more than 30,000 participating hair stylists, and carries roughly 50 different products. It also now competes with New York-based Vixxenn, which launched in mid-2014 and has a very similar model and products.

But Mayvenn isn’t only about hair — technology plays a big role in making the company’s business model possible at all. Much of the distribution of Mayvenn’s extensions hinges on technology, including the personalized e-commerce websites and the proliferation of smartphones and social media networks. Every day Mayvenn’s stylists are tapping into their social media networks to promote and market their services, and of course, Mayvenn’s extensions.

“We’ve got a demographic that over-indexes in their mobile usages, over-indexes in their usage of social media and we have basic e-commerce tools that we can use,” Imira said. In fact, he added, Mayvenn likely wouldn’t have been viable even five years ago, when social networks like Instagram and affordable smartphones hadn’t penetrated as deeply as they have now.

For Horowitz, Mayvenn’s appeal as an investment was immediate. While his Andreessen Horowitz colleagues viewed the company as an “African-American business” that they had limited experience with, Horowitz says he quickly figured out it was about the hair stylists’ power to sell and distribute the products as trusted experts in their communities and markets. After all, the company takes its name from the Yiddish word “maven” for a trusted expert.

And that’s really how Imira looks at his own business. While he acknowledges that black hairstylists and their customers happen to be his first and main target market at the moment, Mayvenn can work in the hair extension industry at large. And at the end of the day, there’s a lot of money to be made.

“We don’t need support. You guys are investors, you want to make money,” he said a week ago while speaking on a panel at a startup and investing conference in San Francisco.

Now, with its new bundle of cash, Mayvenn’s biggest challenge will be execution, according to Horowitz. While it has a lot of momentum and a potentially killer idea, it’ll have to hire the right people, invest into the right areas, and continue grow. Imira plans to use the money mainly for hiring, growing Mayvenn’s web infrastructure and supply chains, and expanding its product line.

(An earlier version misspelled co-founder Taylor Wang’s name. It has been updated with the correct spelling.)