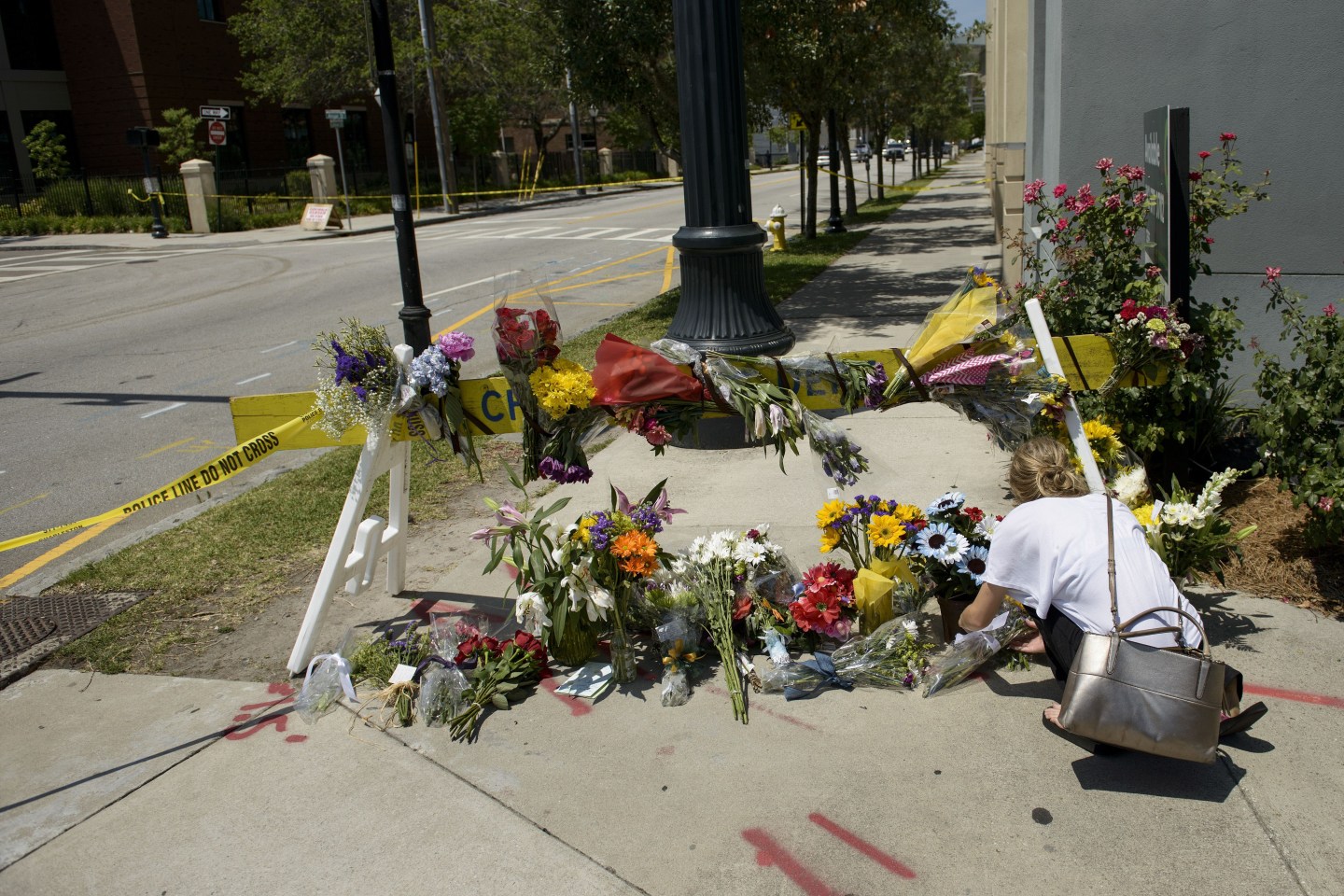 A woman places flowers at a makeshift memorial near the Emanuel AME Church June 18, 2015 in Charleston, South Carolina, after a mass shooting at the Church on the evening of June 17, 2015. US police on Thursday arrested a 21-year-old white gunman suspected of killing nine people at a prayer meeting in one of the nation's oldest black churches in Charleston, an attack being probed as a hate crime. The shooting at the Emanuel African Methodist Episcopal Church in the southeastern US city was one of the worst attacks on a place of worship in the country in recent years, and comes at a time of lingering racial tensions. AFP PHOTO/BRENDAN SMIALOWSKI (Photo credit should read BRENDAN SMIALOWSKI/AFP/Getty Images)
Photograph by Brendan Smialowski — AFP/Getty Images

The Charleston Post & Courier called it a “regrettable coincidence.” The Washington Post called it an illustration of America’s dual stance on guns—cursing their deadly potential while celebrating them as a means of self-defense and sport.

On some editions of the paper, though, an advertisement for a gun range was also slapped on the front page.

Jonathan Neufeld, a philosophy professor at the College of Charleston, pointed out the ad on Twitter (TWTR) on Thursday.

Accentuating the irrationality of the Charleston news, the paper puts an ad for a gun shop on the front page today. pic.twitter.com/GyAW4EcKF1

The advertisement is hawking a “Ladies’ Night” at the ATP Gun Shop and Range in Summerville, S.C. For $30, attendees receive eye and ear protection, a pistol or revolver, and 50 rounds of ammunition to use at the shooting range.

The paper told media reporter Jim Romenesko that the front page sticky ad was not intentional.

“We apologize to all those who were offended,” the paper said.