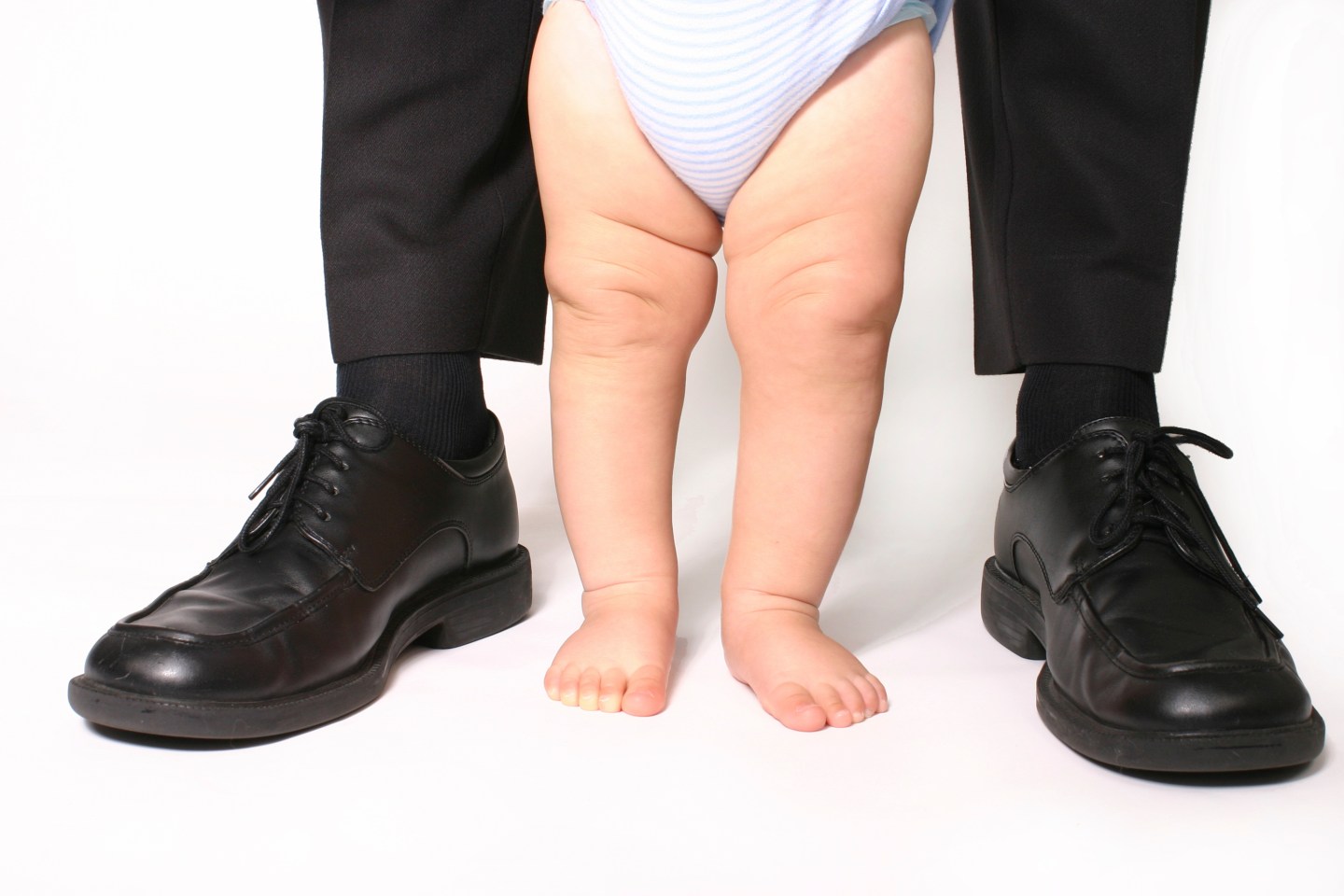 Earlier this year, Toms Shoes founder and CEO Blake Mycoskie made headlines for taking 12 weeks of paternity leave when his son Summit was born. “Little did I know just how much I’d grow—as a dad, a husband, and an executive—in those three short months,” he told Glamour magazine.

Unfortunately, Mycoskie is an unusual case. To begin with, only about 15% of U.S. employers offer paid paternity leave, according to the Society for Human Resource Management (Toms offers eight weeks of paid leave for all parents). And when fathers do decide to take leave, they tend to keep it to just two weeks or so. One reason: For the typical employee dad, researchers at the University of Oregon found that taking time off to care for family members typically results in lower long-term earnings. Now consider the position of the CEO dad, who may feel that stepping away from the office for an extended period of time could do more than ding his wages—it could torpedo his whole company.

Aalap Shah, the CEO and co-founder of SoMe Connect, a social media agency with offices in Chicago and Atlanta, is getting ready to take his second paternity leave when his second daughter arrives in July. The timing couldn’t be more difficult: His SoMe co-founder is due with her first baby around the exact same time. “It requires so much planning and it’s nerve-wracking,” Shah said.

Shah plans to take two weeks paternity leave when his daughter is born, then an additional four in September (his co-founder is planning on taking eight to 12 weeks maternity leave). He said the decision was stressful because the business is at an inflection point; it just landed its first Fortune 500 client and is rapidly adding team members. “We’ve distributed our responsibilities and have talked about how to manage our team, have new hires come on board, and make the leaves as smooth as possible,” he said.

Shah learned a lot about the importance of paternity leave three years ago, when he took time off after the birth of his first daughter. He says his small firm doesn’t yet have an official paternity leave policy—so far, he’s the only one to have had a child while working there—but notes that he’s dedicated to providing employees with at least two weeks of paid leave. When his first child was born, he says there were definitely moments when it would’ve been “easier” to be at the office, but he was grateful to have taken the time. “I wouldn’t have gotten to know Arya and be around for my wife,” he said, adding that this time around he’ll have a slightly different role: keeping 3-year-old Arya occupied.

Simon Slade, CEO of New Zealand-based affiliate marketing training company Affilorama, offers his employees 12 weeks of maternity or paternity leave and keeps the employee’s position open for a full year after he or she becomes a parent. “At the end of the day, our staff is our number one asset, so we really try hard to look after them,” Slade said.

Nevertheless, he says he struggled when it was time for him to decide on his own paternity leave. Only after talking with other parents and carefully weighing the pros and cons did he decide to take a full month of leave when his daughter Sienna arrived in October. “My daughter will only be an infant once,” he says.

During his first week of paternity leave, Slade found himself changing numerous diapers and getting up at odd hours. “I don’t think there is anything that can truly prepare you for it,” he said. “You do get stressed out a bit with the lack of sleep.” He said it helped that many of his employees already were parents and helped take on some of his work load.

Other strategies that have helped these CEO dads include completely unplugging—Mycoskie said he even uninstalled his e-mail service so he wasn’t tempted to check in—or checking e-mail only once or twice a day. Shah said it was important to manage employee expectations, informing them of how paternity leave will affect business as early on as possible.

In the end, several CEO dads said paternity leave not only helped them bond with their children, but also made them more focused at work once they returned. “Don’t feel guilty about taking leave, and take as much leave as you can,” Slade said.

“Go for paternity leave because you’ll never get that time again,” Shah said. “But your business will continue on.”

For more stories like this, subscribe to Fortune‘s daily newsletter on the world’s most powerful women at www.getbroadsheet.com.