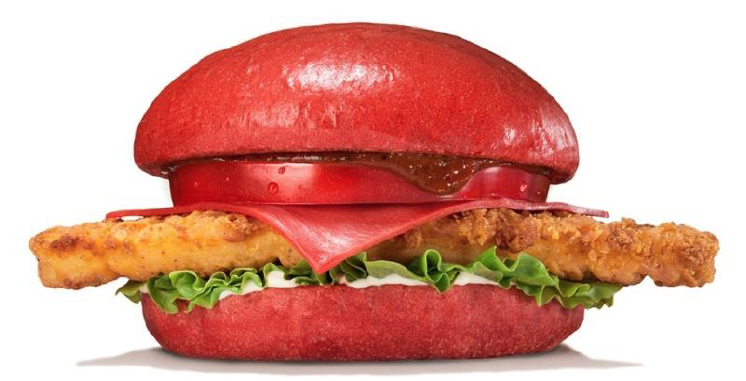 The new red-on-red burger, to be sold in Japan, is called the “Aka Burger,” which translates to “red.” There are Aka Samurai Beef and Aka Samurai Chicken versions, Kotaku reports.

The burgers will be served on red buns with red cheese and, of course, red tomatoes. To top it off, there’s a chili pepper and chili paste sauce called “angry sauce.” The Wall Street Journal reports that tomato powder in the buns gives them their striking red color.

The Aka Burger will hit Burger King’s Japanese locations beginning on July 3 for about $4.36 for the chicken version and $5.57 for the beef version. Burger King has also made an all-black burger in Japan.

The news comes as Burger King has been experimenting with new offerings in recent weeks in the U.S., including hot dogs and corn dogs.