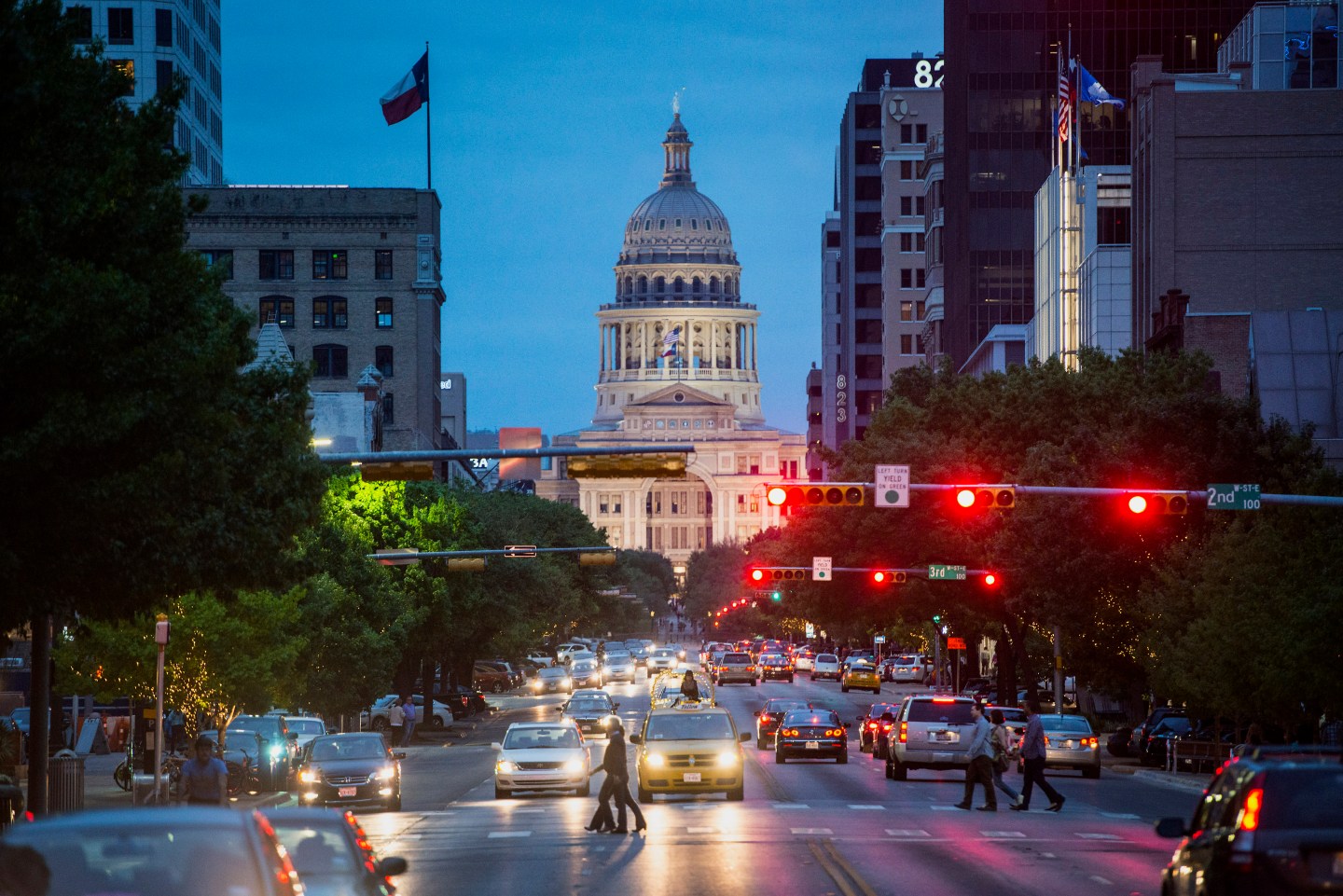 The Texas State Capitol building stands past cars and pedestrians crossing the street at dusk in Austin, Texas, U.S., on Saturday, April 4, 2015. About 900,000 people live in the city of Austin and that number is expected to reach nearly 1.3 million by 2040, a 40 percent increase, according to city figures. More than 100 people move to the city a day, according to the city's demographer. Photographer: Matthew Busch/Bloomberg via Getty Images
Photograph by Matthew Busch — Bloomberg via Getty Images

Unemployment is down to 5.5% nationally. It’s good news for job hunters, but it may have some benefits for all in the workforce. Wages seem to be on the rise, although different measures offer conflicting views on how much. According to the Bureau of Labor Statistics, at the end of the first quarter of 2015, real hourly compensation was up 1.8% over the previous year and jumped at an annualized rate of 5.5% compared to the last quarter of 2014. And in 2014, voluntary quits were up 10.4% over 2013, which means people have been increasingly willing to leave one job for another.

These indicators suggest that reduced unemployment is likely tightening the labor market and driving up compensation. It’s basic economics: The more people that are employed, the fewer available to an employer for a given position. The fewer candidates available, the poorer the employer’s bargaining position.

If you want a job, looking in a geographic area with unemployment rates lower than the national average is probably a good idea. Hiring managers can’t as easily say, “Thank you—next!” There are other benefits, as well. The tighter the labor market, the more companies have to entice candidates away from competitors with better wages, among other things. You also have more options if you find that a particular company won’t be a fit. Negotiation suddenly tips more in your favor.

A city’s unemployment rate isn’t the only factor that affects your ability to land a job, of course. Some places may have many employers in a specific industry like healthcare, tech, insurance, energy, or manufacturing. That’s good for a job seeker in that field, by not such a benefit if you’re a stone cutter in a land of bankers. Large natural disasters could potentially take a location from a hotbed of hiring to a candidate for an economic recovery ward in a matter of hours. Some regions might offer tax breaks that encourage companies to hire. But all other things being equal, low unemployment is a boon to a candidate.

To that end, Fortune combined Census population data with Bureau of Labor Statistics unemployment rates by metropolitan area to find how average unemployment rates fared for the 100 largest cities in the country. They ranged from 2.1% in Lincoln, Nebraska to Bakersfield, California’s 10.3%, big swings from the national rate of 5.5%.

For a list of all the cities with a current unemployment rate of less than 4% unemployment, here’s an interactive map.

Here are the top 10 cities. Major industry information and selections of some of the largest employers come from City-Data.com, metropolitan chambers of commerce and other sources.