Seniors in Spain are saying no to nursing homes 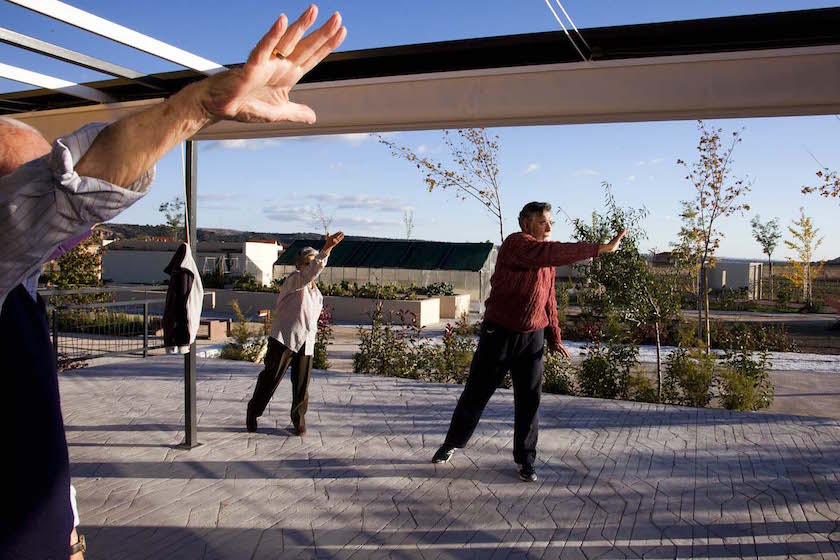 For years, Oriol de Pablo’s mother had told him, only half-jokingly, that if he ever put her into a retirement home, she would disinherit him. But when she retired two years ago, his mother—now 67—began to consider renting out the family house in the Barcelona suburbs and moving, if not to a old age home, at least to a smaller place. The house just felt too big and expensive for a divorced doctor living alone.

Then last year she took a page from the TV show Golden Girls: Loath to leave behind her beloved garden and pool, she convinced two friends to come live with her, pay rent, and split expenses.

“By lowering costs they can have a cleaning lady help them around the house,” says De Pablo.

So when one of his MBA professors at the IESE Business School in Barcelona asked him for a business plan, De Pablo came up with Joyners, a sort of eHarmony for seniors that matches possible roommates based on their interests.

Launched in February, Joyners is still very small. It has 400 members and has put together three “Casa Joyner” cohabiting groups. De Pablo says he expects revenues of €50,000 ($56,000) this year from commissions charged to companies that offer cleaning, driving, and other services through its site.

Joyners counts itself among a growing number of businesses looking to profit from the massive aging population throughout Europe.

“It’s gloom and doom when we talk about social services or individual lives, but from the business standpoint, the opportunities are fantastic,” says David Reher, head of the GEPS population and society study group at the Universidad Complutense de Madrid. “The emerging market isn’t young people. It’s people who are older who need things and want to do things.”

A confluence of trends caused the elderly wave in Western and Southern Europe. The baby boom in countries like Spain happened from 1950 to 1970, which means the population segment will reach 65 in the coming 20 years. At the same time, the fertility rate—births per woman—in Spain, Italy, and Germany is around 1.4, far below the replacement rate of 2.1 for most industrialized countries.

Add low immigration rates and longer life expectancy to the mix, and you have a perfect situation for an increasing number of seniors while the overall population shrinks. Spain’s entire population is expected to fall by 5.6 million, or 12.1%, in the next 50 years.

Today’s elderly are also more educated, tech savvy, and active than their predecessors.

“These ‘new’ retirees are much more open to products than they were before. They’re people with culture and education. Now half of the elderly travel, and many overseas,” says Eduardo Rodríguez Rovira, president of Spain’s Fundación Edad & Vida (Age & Life Foundation).

But the most notable change has been in senior living. “Co-housing” sites like Joyners have sprung up around Europe, from Coloc Senior and Colocation 40 ans+ in France to SeniorenWG-Gold in Germany. (The U.S. has the Golden Girls Network.)

Seniors have also taken it upon themselves to create innovative living situations. Spain has become Europe’s center for senior living cooperatives, where groups of the elderly are building and managing their own retirement communities.

Aurora Moreno, long-time president and co-founder of Residencial Santa Clara in Málaga, knew what she wanted to avoid in her retirement: As a young girl, she played guitar in Spain’s depressing “asylums” for the elderly, where they were warehoused in large dormitories and had no privacy.

“For me and my family, I wanted something else. I wanted to have full independence with help I would need as I needed it,” says Moreno, 80.

At Santa Clara, members pooled their money to buy land and then constructed their own building. The cooperative residence, which opened in 2000, has 76 apartments built for wheelchair access and offers therapy, lunch, cleaning, laundry, and other services. Its residents also include Italian, French, and German nationals.

Santa Clara was the first such elderly cooperative in Europe, according to Moreno, and the model has spread. Near Madrid, the Trabensol coop opened two years ago and now has around 80 members living in 54 apartments.

“Personal affection is important, so creating a place where lifelong friends can be together made sense,” says Jaime Moreno (no relation to Aurora), a 78-year-old co-founder of Trabensol who recalls the tension of arranging 24-hour in-house care for his own isolated parents.

With its eco-friendly design (including geothermal heating) and intranet with movies and books available for download, Trabensol sounds like the subject of a TEDx talk, which indeed it was. Other cooperatives launched recently in Spain include Profuturo in Valladolid and La Muralleta in Santa Oliva.

For Aurora Moreno, the model will grow not only because it’s healthy, but also because it provides an economic way to face Spain’s wave of retirees.

“If this idea is expanded,” she says, “it could alleviate the problem of housing for people with not much money.”