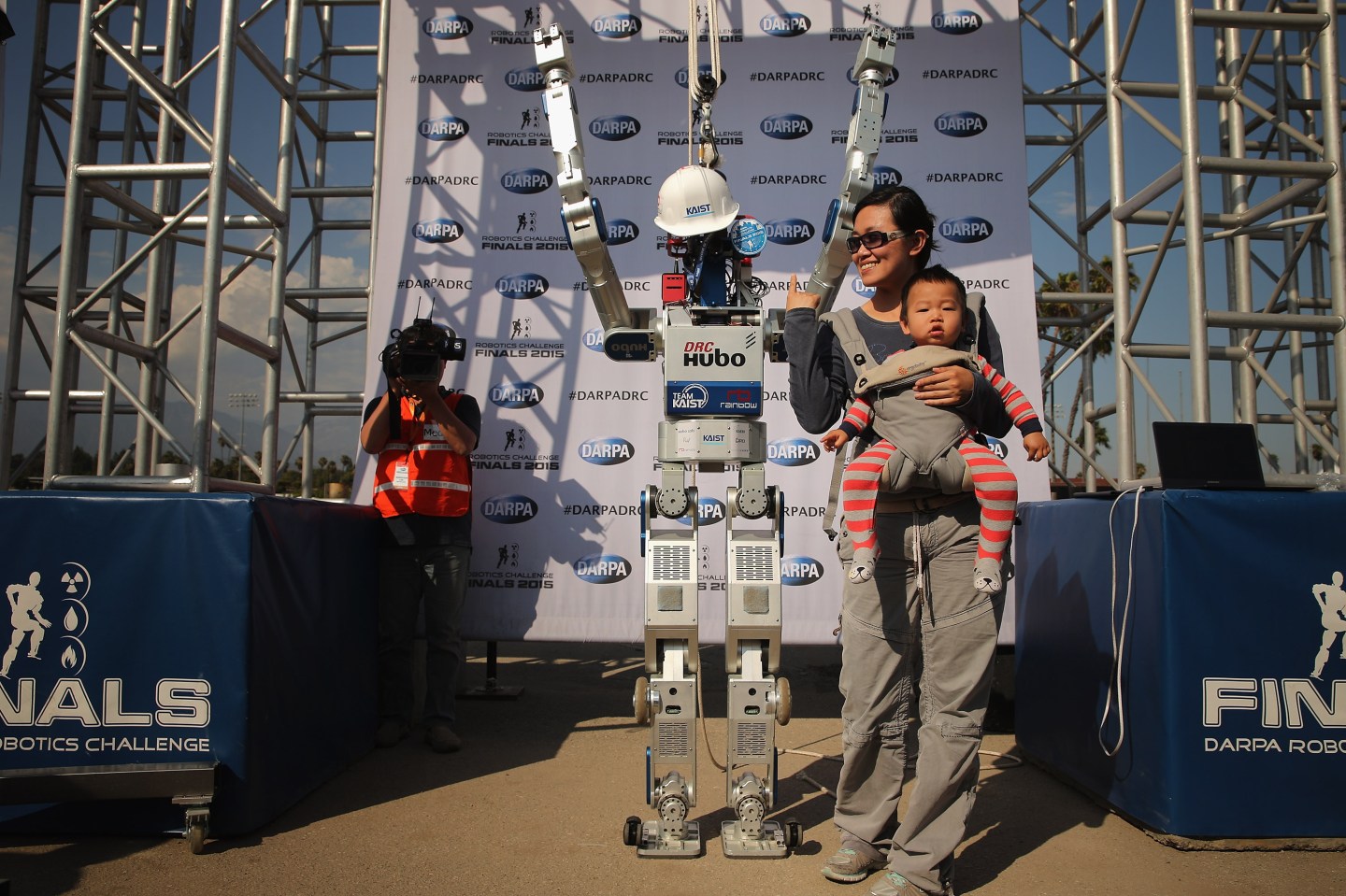 The Defense Department’s research agency awarded $2 million to the world’s most nimble robot on Sunday — but bear in mind that a “nimble” robot is still a bit reminiscent of a “nimble” toddler.

A compilation of slip-ups at the DARPA Robotics Challenge shows that despite the incredible progress robots have made accomplishing a variety of tasks, from opening doors to traversing rubble to turning valves, many are still struggling to stand on their own two feet (or four feet or wheels):

Laugh while you can. DARPA sponsored a similar competition for driverless vehicles in 2004, and there was no shortage of cars making funny U-turns and veering off roads:

In as little as a decade Google had driven down the error rate on driverless vehicles down to 13 minor accidents in six years, all of which it attributes to human error. They grow up so fast.