How to manage envy, jealousy, and competition in work, and life 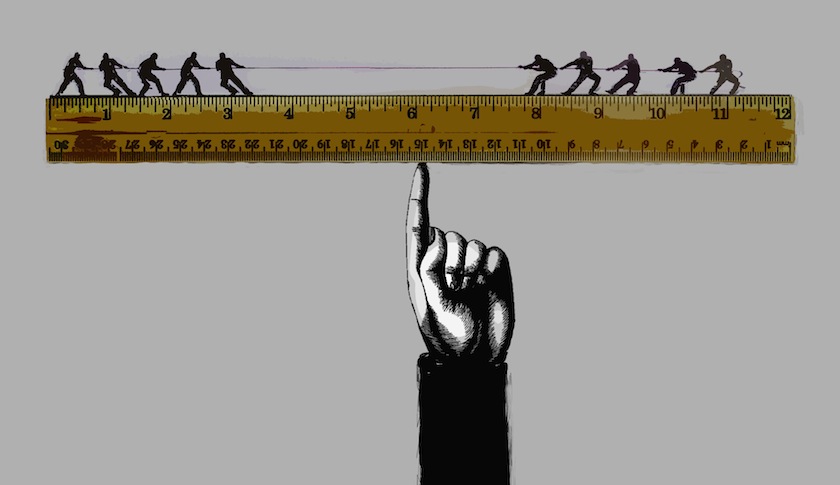 I recently attended a conference where I saw a woman I know slightly but haven’t spoken to in years. She was sitting at a table signing advance copies of her new book as a long line snaked around the edge of the booth to the depths of the convention center.

This woman had come to mind apropos of nothing the week before. “Where was that novel she was working on?” I wondered. Was the publication cancelled? Was she not able to finish it? These speculations were totally groundless, I should add, based on nothing but my overactive imagination.

The possibility that she had failed pleased me more than I’d care to admit. I have no grievance against this person whatsoever. Nonetheless the sight of her many fans haunted me for hours.

Competitive feelings can spark intense rounds of self-reflection. We see someone whose career is taking off and then ask ourselves what fatal flaw prevents us from generating the dazzling output they do. Either we’re not talented enough, or, worse, we are too lazy, shy, or contrarian to capitalize on it.

After beating myself up for not Tweeting enough, then for not really caring about Twitter, I usually come to the conclusion I need to work harder. So, once I stop moping, comparing myself to more successful people revs me up. (Only the creeping suspicion that I was a loser compared to this woman, for instance, got me to focus on finishing this column.)

But relying on petty jealousy to get your priorities in order is not a strategy that works long term—or even a strategy at all. It’s often better to change your perspective on the universe, even going so far as to tell yourself useful lies.

Depression-era self-help writers had a ready explanation for my hope that my acquaintance’s book was canceled. Napoleon Hill, author of the 1937 bestseller Think and Grow Rich, would have accused me of nursing a scarcity mindset—a notion that there’s only so much love, money, and recognition to go around, so any person’s success means there will be less left over for me. Hill contrasted that view with an abundance mindset, which contends that there’s more than enough for everyone to have everything they want. Successful people, he argued, had an abundance mindset.

Believing in some abstract universal abundance can help quell jealousy, but living it out is a tremendous challenge at a time when we have vastly more access to information about how other people are faring. This is the darker side of a culture of incessant status updates. In Hill’s time, you had to go out of your way to learn how a competitor was doing. You had to walk around town and conduct in-person conversations. You certainly wouldn’t be gathering this intel at your desk, alone, between looking at high-school friends’ baby pictures. Even a person with a robust abundance mindset is bound to have some anxiety over all of the readily Google-able data about how people are doing, where they’re doing it, and how many followers applaud them for it—these “constantly visible metrics,” as Jacob Silverman puts it in his new book, Terms of Service: Social Media and the Price of Constant Connection.

Anecdotally, I have found that introverts are more likely to feel defeated by social media than extroverts are. And studies have shown that open-plan offices make it harder for highly sensitive people to do their best work. Without walls, they have to manage distractions, interruptions, and “psychological boundaries” instead, says psychotherapist Naomi Shragai. People who are oblivious to their surroundings function better in such environments. It’s one of the few career benefits of being unaware.

Ultimately, the only reliably useful competition is with oneself. I stopped being bothered by my acquaintance’s long line of fans within a few days, but it took concentrated attempts at not minding—or, more importantly, not comparing. “I recommend a mind-emptying at least twice a day, more often if necessary,” Norman Vincent Peale wrote in his 1952 The Power of Positive Thinking, a book of questionable advice that nonetheless contains this early nod to what is today called mindfulness. “Definitely practice emptying your mind of fears, hates, insecurities, regrets, and guilt feelings. The mere fact that you consciously make this effort to empty your mind tends to give relief.”

Everyone should insist on no fewer than 15 minutes of absolute quiet every 24 hours, Peale claimed. Peale’s strategy for handling competition then takes a turn that may strike some as odd. He recommended that people develop a practice of praying for others, repeatedly and indiscriminately—a stranger you passed on the street, a woman in her backyard whom you glimpsed briefly out the window of your train car. Wish them health, prosperity, and a better tomorrow.

The point is to free yourself of negative comparing energy so you can get some actual work done, at which point, you probably won’t care so much about what other people are doing. You’ll be in the zone.

Now I wish for this woman’s book to become a bestseller, so when it does, I can enjoy the equally groundless, but non-bitter, speculation that I contributed to its success. It goes on sale Oct. 6.