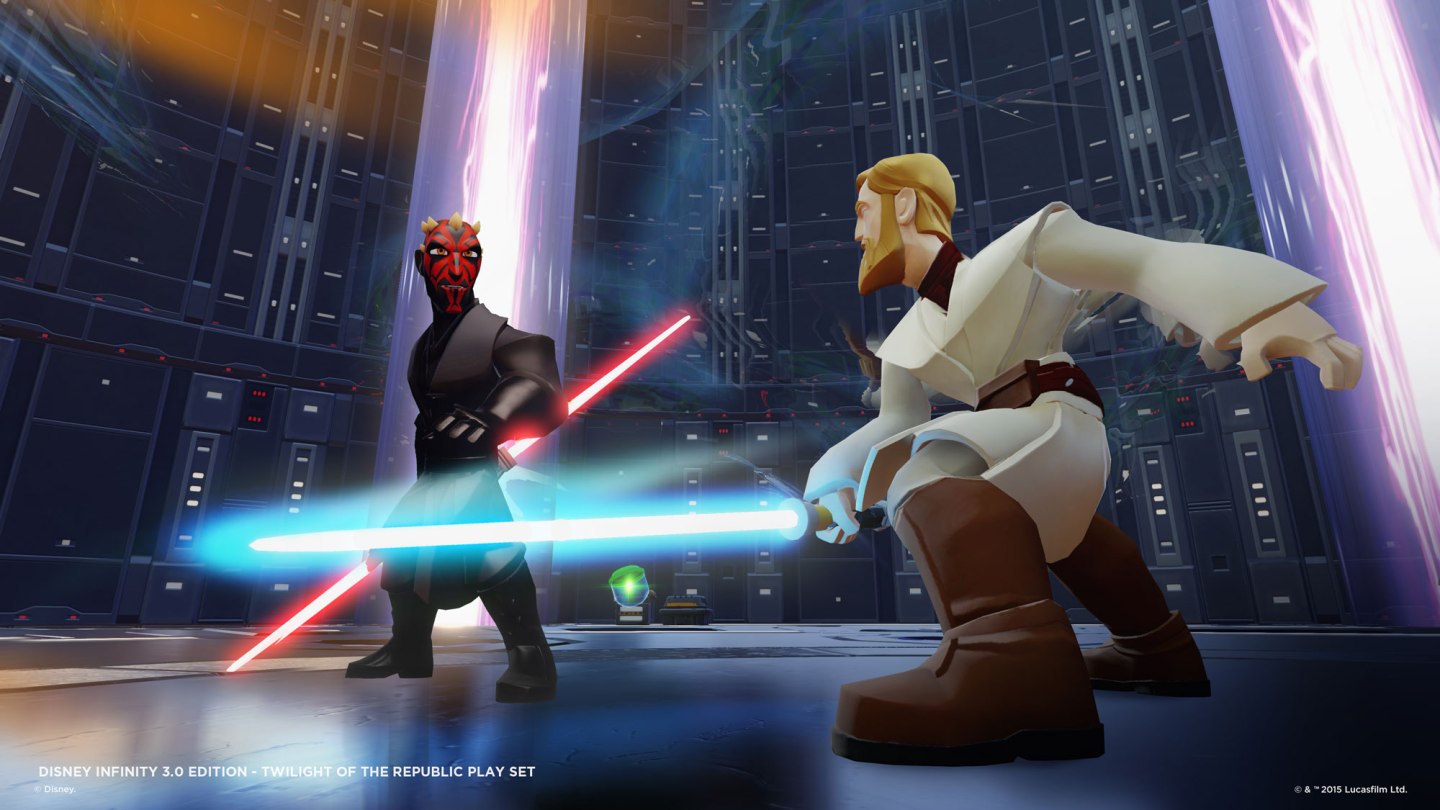 The only other current Star Wars video game is Electronic Arts’ Star Wars: Battlefront, which EA (EA) created as part of a 10-year licensing deal with Disney. Battlefront and Infinity 3.0 are the first two Star Wars games to be launched since Disney (DIS) shut down game development at LucasArts in 2013 after buying Lucasfilm, LucasArts, Industrial Light & Magic, and Skywalker Sound for $4 billion in October 2012. Both games are aimed at different audiences, however.

“I don’t think that they impact one another much at all,” Michael Pachter, analyst at Wedbush Securities, says. “Battlefront is more mature, Infinity 3.0 is more juvenile. There’s very limited crossover.”

Creating a Star Wars game for the toys-to-life category is a good bet for Disney. According to research firm the NPD Group, toys-to-life games have sold over $2 billion of games, toys, and accessories in the U.S. alone. Disney by itself has sold over $1 billion of Disney Infinity toys and games since launching the franchise in 2013.

And according to John Vignocchi, vice president of production at Disney Interactive Studios, “The strength of the Walt Disney Company lies in its IPs. In addition to Disney and Pixar films, Star Wars, and Marvel, there’s also great content in the game from Disney Parks, Disney Cruise Line, ABC, and ESPN.”

In the Disney Infinity games, everything is a toy within the virtual world, and it’s this virtual toy concept that allows Star Wars characters like Yoda to team up with Marvel super heroes like Iron Man, as well as Disney characters like Mickey Mouse and Frozen’s Anna and Elsa.

“This is one of the largest rosters of playable Star Wars characters in a game,” Ada Duan, vice president of digital business and franchise management at Lucasfilm, says. “I’ve worked on a lot of Star Wars games and this is one of the best lightsaber experiences ever made.” Infinity 3.0 will include characters from all six main films, with characters from additional films and animated TV series to be added over time.

Vignocchi says game developers have been influenced by classic Kenner and Lego Star Wars toys when building virtual X-Wings and the Millennium Falcon for the new game. Gamers will not only be able to play as characters from the films, but also pilot vehicles and ride creatures from the films while exploring locations from across the entire Star Wars universe.

By the end of this year, there will be 100 playable Disney Infinity playable characters inside the game. And that number will continue to grow as new Star Wars figures, as well as toys from other Disney films like Inside Out and new Marvel movies, are added. Vignocchi says releasing toy vehicles for the platform is also a possibility in the future, but for now there are plenty of virtual toys to play with.

With Pachter forecasting sales of 4 to 5 million copies of Disney Infinity this year, the Force is strong with this franchise.