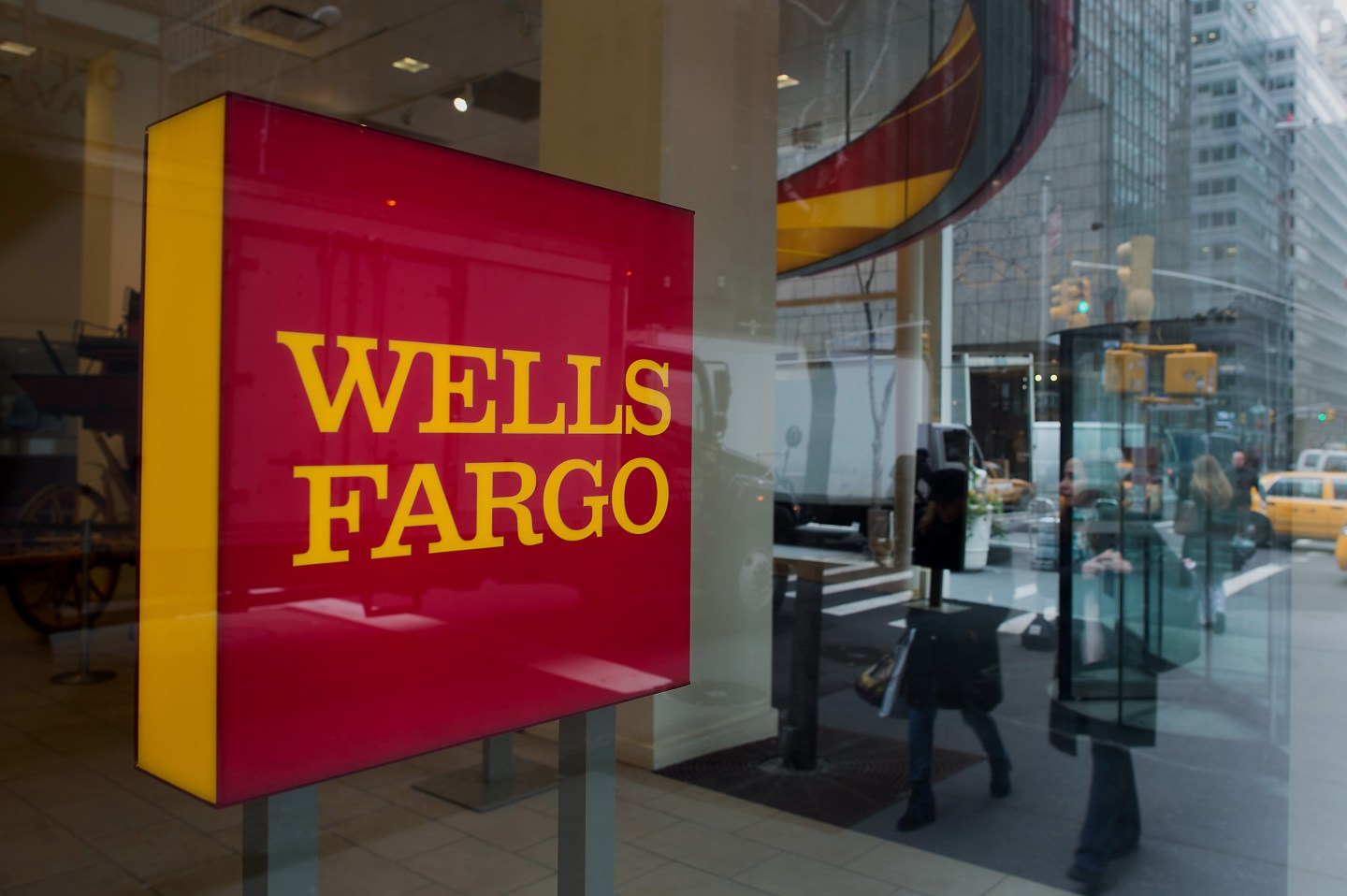 Who would have thought that the future of mobile banking security would be similar to taking a selfie?

This week at Wells Fargo’s San Francisco headquarters, a couple of banking executives showed off the latest in a type of technology that can scan your face and voice to ensure that you are who you say you are.

Known as biometrics, this type of security authentication technology can analyze the traits of the human body such as a person’s fingerprints, facial symmetry, and voice for the purpose of determining one’s actual identity.

The technology has gotten mainstream enough that health care providers have started implementing it to prevent people’s medical records from being compromised in the case of a data breach. Instead of having to rely on hordes of personal information like social security numbers that could be easy to steal, biometrics could allow for less of this documentation to be generated and needed in order to authenticate a person.

Wells Fargo (WFC) has also been researching biometrics for the past several years, explained Secil Watson, a Wells Fargo executive vice president and head of the bank’s wholesale Internet services, in an interview with Fortune.

The bank was exploring biometrics as a way to improve on the security checks it already uses in its mobile banking app known as CEO Mobile. Currently, when a person accesses the app to perform a sensitive banking transaction like setting up a wire transfer, they have to go through a series of security hoops. They have to enter in their user ID and password and then type in a unique security token as well as a PIN number before they are allowed to make the transaction.

Customers find this process a bit annoying, so Wells Fargo looked into using biometrics as a way to retain the overall security of the transaction while cutting down on the time it takes to do so. Especially on a mobile device, where entering passwords can be frustrating.

It wasn’t until last year that the big bank felt the technology it was working with was good enough to do a pilot program, she said. She explained that New York City based SpeechPro helped Wells Fargo with developing the biometric tech for the company’s mobile app. Since March, the bank has signed on 100 customers to try out the new authentication tech on their iPhones.

Now instead of having to plug in a series of numbers and letters into one’s phone (a chore for anyone who suffers from fat finger syndrome), a person just needs to let their face and voice do all the work. The tech requires access to a camera and a microphone.

Watson showed off how the new security process works by first holding her phone, which was already bound to her unique profile, to her face so the camera could capture her features. She had to hold the phone relatively still, similar to how one mugs it up for a selfie, and position her face within a mini-grid displayed on the screen. Once her face was placed correctly within the confines of the grid, a message appeared that prompted her to say a phrase followed by a series of randomized numbers

“My voice gives me access to proceed, please verify me,” Watson said as she read from the screen. “5,3,7,6,2” she then stated as the software embedded in the device analyzed the peaks and troughs of her voice to correlate its sound to what the software recognizes as her unique profile.

Once done with talking, Watson was then able to enter the app and do her banking. The whole process was a relative breeze, and Wells Fargo estimates that it “takes about 23 seconds or so” to pass the security test.

Behind the scenes, the app is funneling all that facial and voice data to Wells Fargo’s internal data centers and cross-checking the information with what is stored on file, explained Andy Foote, a Wells Fargo vice president and strategist.

Foote said that customers felt more comfortable with the bank storing their biometric data in its own servers rather than their phones. He stressed that all that user data stored in Wells Fargo is encrypted and even padded with fake data so that if someone were to break in and somehow decrypt the information, they wouldn’t be able to pinpoint customer profiles.

There are other financial institutions such as Barclay’s and Vanguard that are using voice biometrics for security checks, but the Wells Fargo executives claimed that as far as they know the San Francisco bank is the only bank merging both face and voice biometrics together. It’s sort of like a two-factor authentication process for the human body.

Wells Fargo expects the new biometric technology to roll out to the general public by next year, Watson said. The company is still ironing out the kinks in the system to prevent false positives and negatives. As of now, if you have a cold or laryngitis, the system will have a tough time determining who you are. In the chance that you happen to be checking your mobile banking app in a noisy subway, Foote explained that the two-factor authentication system using both the voice and image scan combined should lesson the chance of too much noise ruining the security check.

The bank is also working on a couple of new biometric features that it hopes will be ready for primetime soon. One such feature will update the security test so that instead of a still photo, a person’s phone will take a video of the person talking, explained Watson.

“Developers have found an algorithm that allows them to match lip movement to specific numbers,” said Andy Foote as he explained how the system could recognize a person based on their voice and how it syncs up their mouth when they talk.

Also on the horizon is the ability for Wells Fargo to scan the veins of a human’s eye for a security check. These veins are supposedly unique to each person and can be used as a way to verify someone. This is different from retinal scanning, in which the biometric technology scans the blood vessels found in a person’s retina as opposed to the veins inside the whites of his or hers eyes.

For more on banking, check out the following Fortune video: