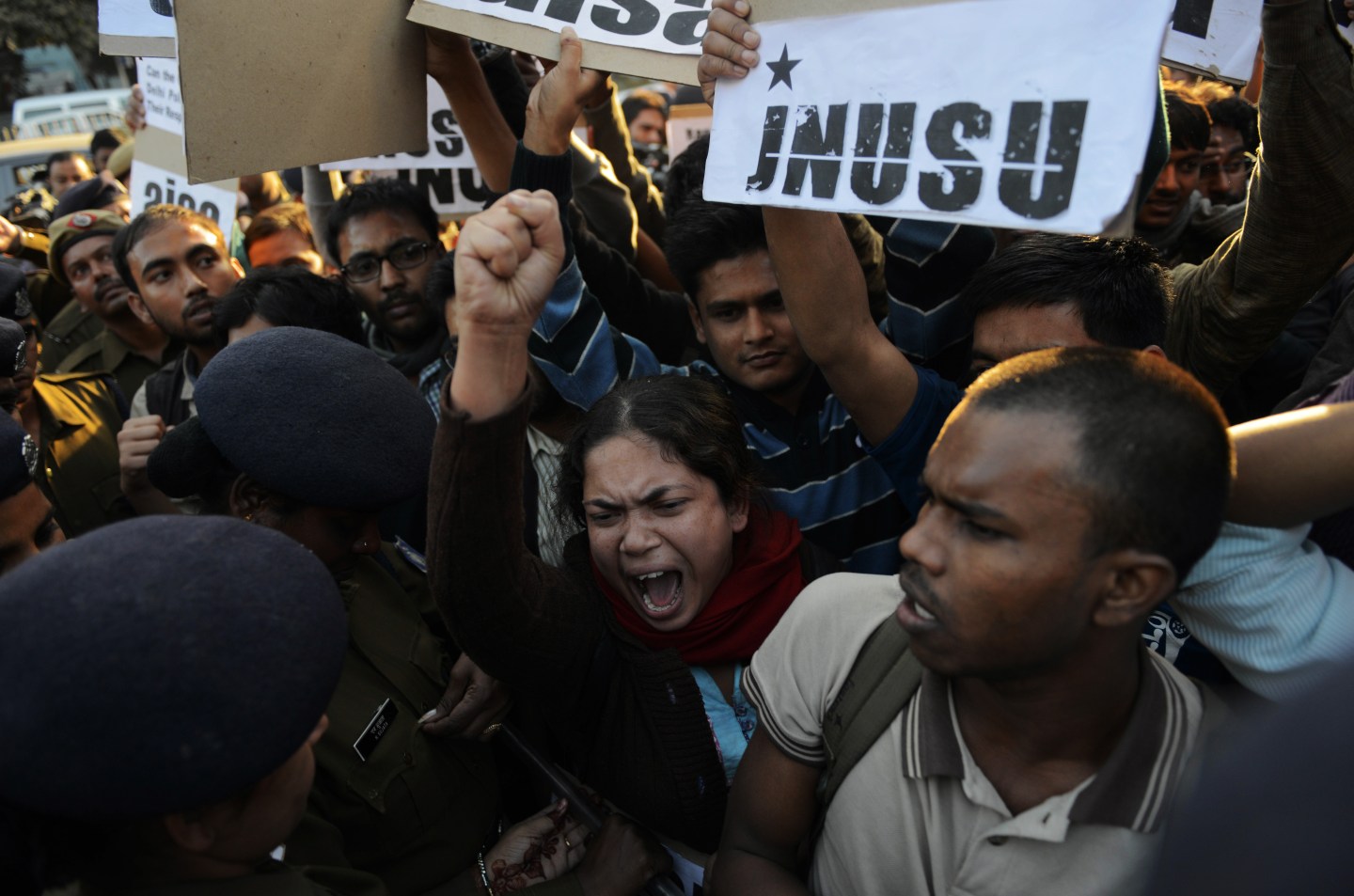 Indian residents hold placards and chant slogans as they take part in a protest against the alleged rape of a passenger by a driver working for the Uber taxi company in New Delhi on December 7, 2014. An Uber taxi driver allegedly raped a 25-year-old passenger in the Indian capital before threatening to kill her, police said December 7, in a blow to the company's safety-conscious image. AFP PHOTO/STR (Photo credit should read STRDEL/AFP/Getty Images)
Photograph by AFP/Getty Images

Uber’s application to operate in New Delhi has been rejected in the wake of alleged sexual assaults committed by drivers working via the ride-sharing app, according to reports.

Letters sent to the company by state authorities detail how Uber failed to comply with the Home Ministry-imposed ban in the wake of the alleged rape of 27-year-old woman by one of its drivers in December last year, the Wall Street Journal reports. The driver denies the charge and his trial is ongoing.

But authorities have now sprung into action after a 21-year-old woman accused another Uber driver of sexual assault over the weekend.

Uber Delhi’s general manager Gagan Bhatia said in statement Wednesday that that the rejection of the company’s license was “unfortunate,” indicating that the company would apply again once federal guidelines were in place for registration.

“We welcome the opportunity to engage in constructive dialogue with the Delhi government to seek necessary permissions,” Bhatia said, according to the WSJ.

The application comes only days after fresh allegations of sexual assault against a passenger by another Uber driver just outside New Delhi.