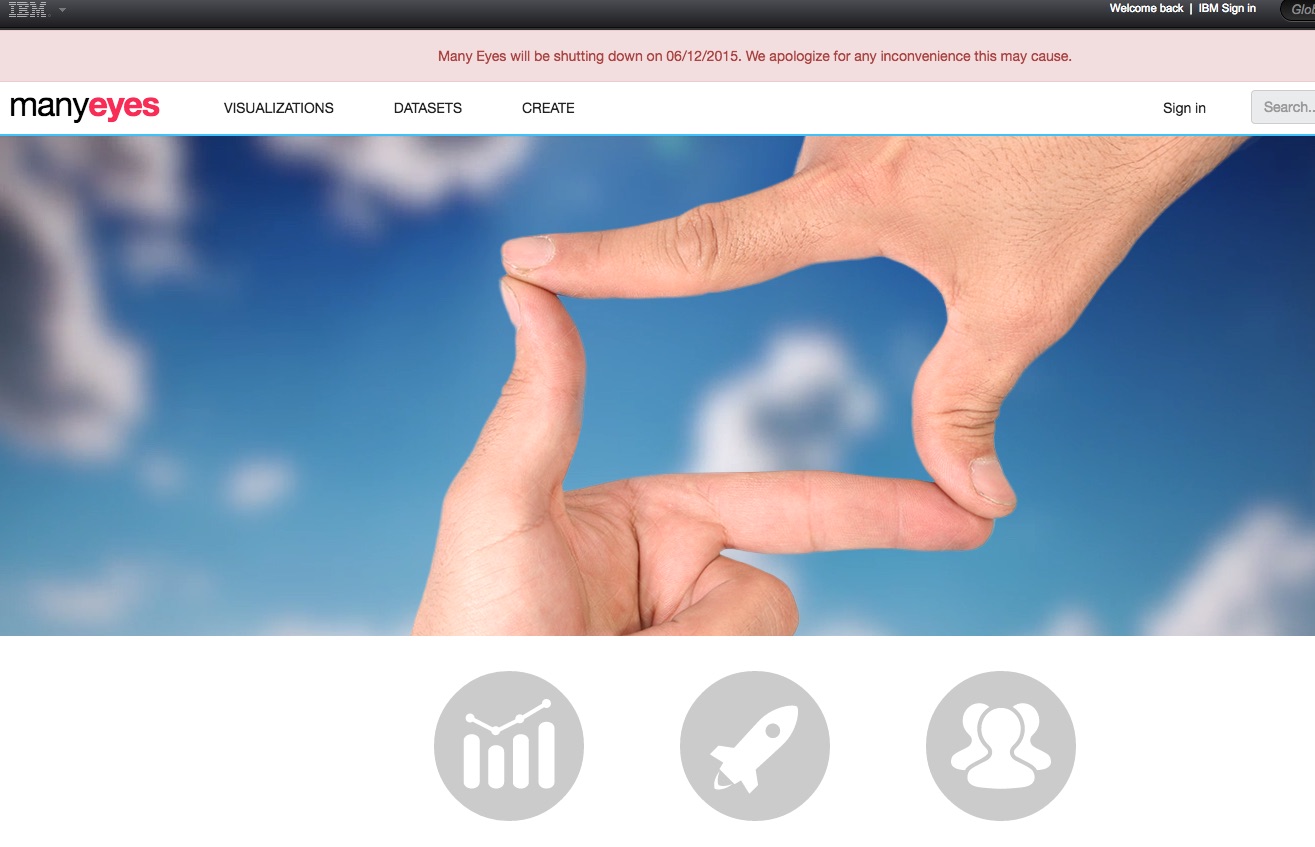 IBM’s Many Eyes collaborative data visualization project will shut down June 12, according to its web site.

Launched 8 years ago by IBM (IBM) Research, the project gave people a way to crowd-source their data analysis cheaply and easily. Users could upload data sets to Many Eyes, which would then present visualizations for other people in different specialties to assess.

It’s unclear why the project is closing, but it went dark previously in 2009 when initial funding ended. IBM’s Business Analytics group revived Many Eyes in 2013.

The news was first reported by Computerworld. Fortune has been unable to reach IBM for comment.