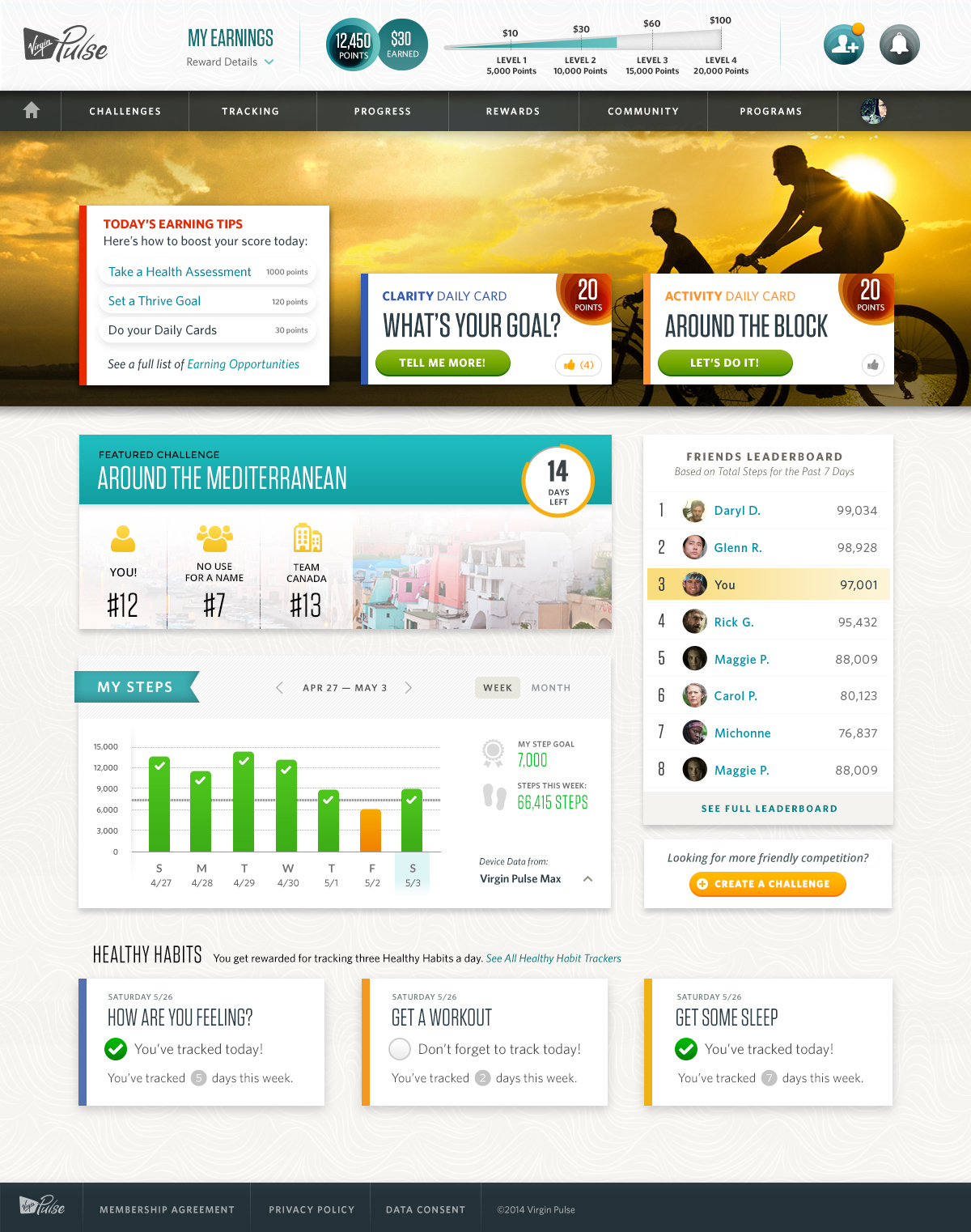 Today there are dozens of startups that help companies keep their workforces fit and happy, via a variety of incentive and tracking programs. But one of the first was launched in Boston 11 years ago by Richard Branson’s Virgin Group, and recently opted to raise its first-ever round of outside funding.

Yesterday I spent a bit of time at the Virgin Pulse office (yes, it has a gym), in large part because its 200 employees are headquartered near the home office (new policy: if you raise big funding and are based within 5 miles of my house, I’ll cover you — consider this in your office lease decisions).

Virgin Pulse CEO Chris Boyce says that the company has been cash-flow break-even for the past four years, but opted for funding in order to dramatically expand the company’s offerings — including a module for financial well-being. It also plans to increase headcount by around 50% over the next 12 months.

Boyce acknowledges the raft of new competition, including such well-funded startups as Welltok — but argues many of them are more insurer-focused, whereas he says Pulse is more employer-focused with more historical engagement and results data.

He declined to discuss revenue or valuation, but did say that Pulse has over 250 enterprise customers that employ around two million people. When asked if he views this as a pre-IPO round, he suggested that Pulse may make more sense as an eventual acquisition target for a large company in the human capital space.