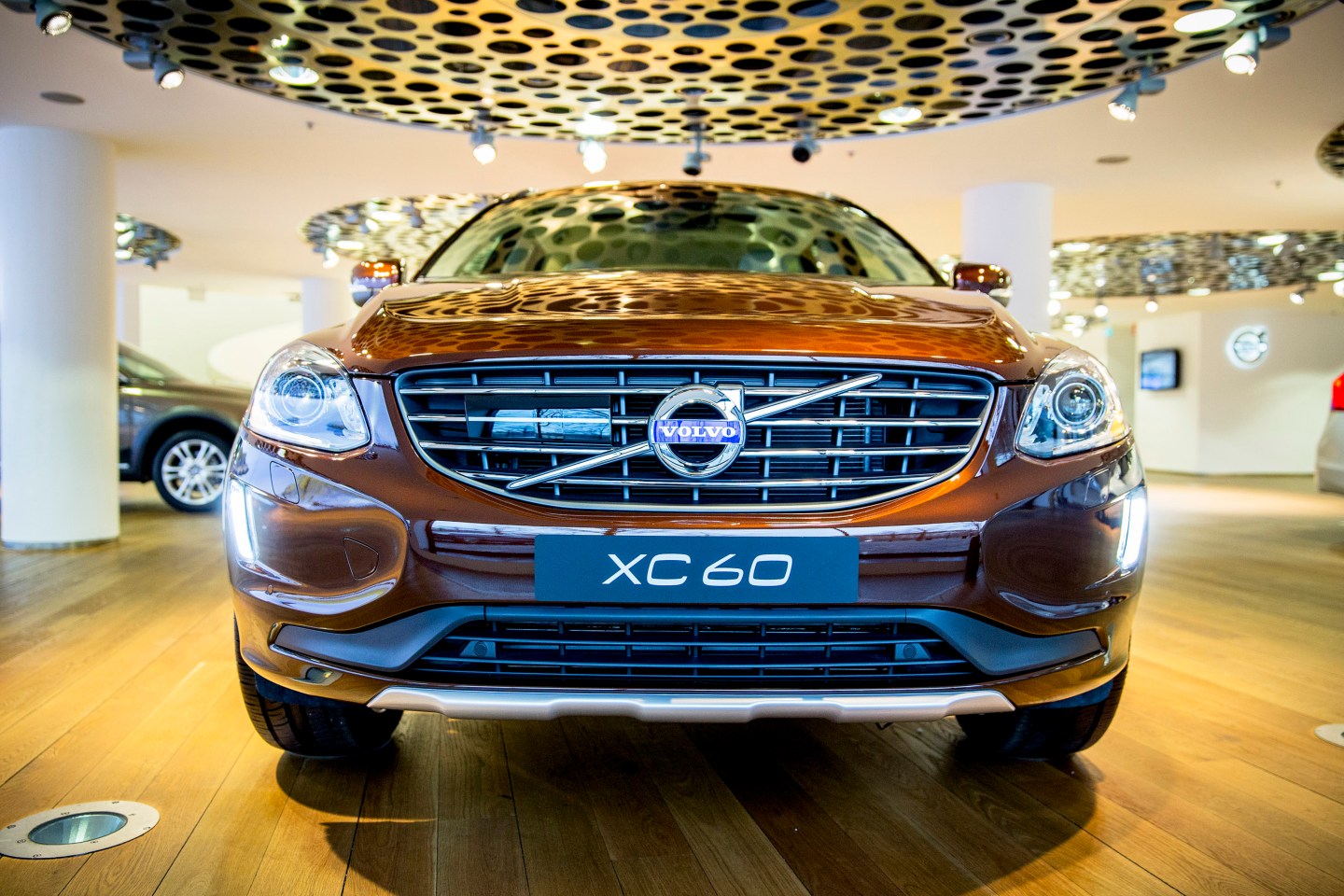 A Volvo XC60 automobile stands for sale in a Volvo Cars showroom in Stockholm, Sweden, on Thursday, Feb. 6, 2014.
Photograph by Bloomberg via Getty Images

A demo for driver assistance features in a Volvo XC60 did not go as planned last week, when a dealer decided to test the system by driving into a group of onlookers expecting the vehicle to automatically stop.

Unfortunately, according to Volvo spokesperson Stefan Elfström, the car’s system is not meant to be used in this fashion and the vehicle barreled into observers. In the video, embedded below, viewers can see the Volvo slowly rolling backward, pausing, and then abruptly accelerating into two people watching the demonstration.

Luckily, both Volvo and the video’s description say the men seen here were bruised but not seriously hurt:

The original video, posted on Remolacha.net, suggests the car malfunctioned while trying to self-park.

However, Volvo tells MONEY the dealer in question was trying to demonstrate the XC60’s City Safety system, which helps avoid or mitigate rear end collisions with other vehicles at low speeds. This system is not able to detect pedestrians; the model in question lacked an optional $3,000 Pedestrian Detection system. But even if the vehicle had been equipped with a Pedestrian Detection system, the automaker says it still isn’t safe to deliberately drive into a group of people.

“In the video, the driver would anyway override any active safety system since he is actively accelerating towards to pedestrians,” explained Elfström in an email. “I would like to emphasize that Volvo Cars strongly recommends never to perform any tests towards real humans, only dummies or similar objects should be used.”

When asked whether the dealer who performed the demonstration would be disciplined, Elfström said Volvo has been “in contact with our sales representatives for this market and we are now looking into necessary actions to avoid something similar happening in the future.”