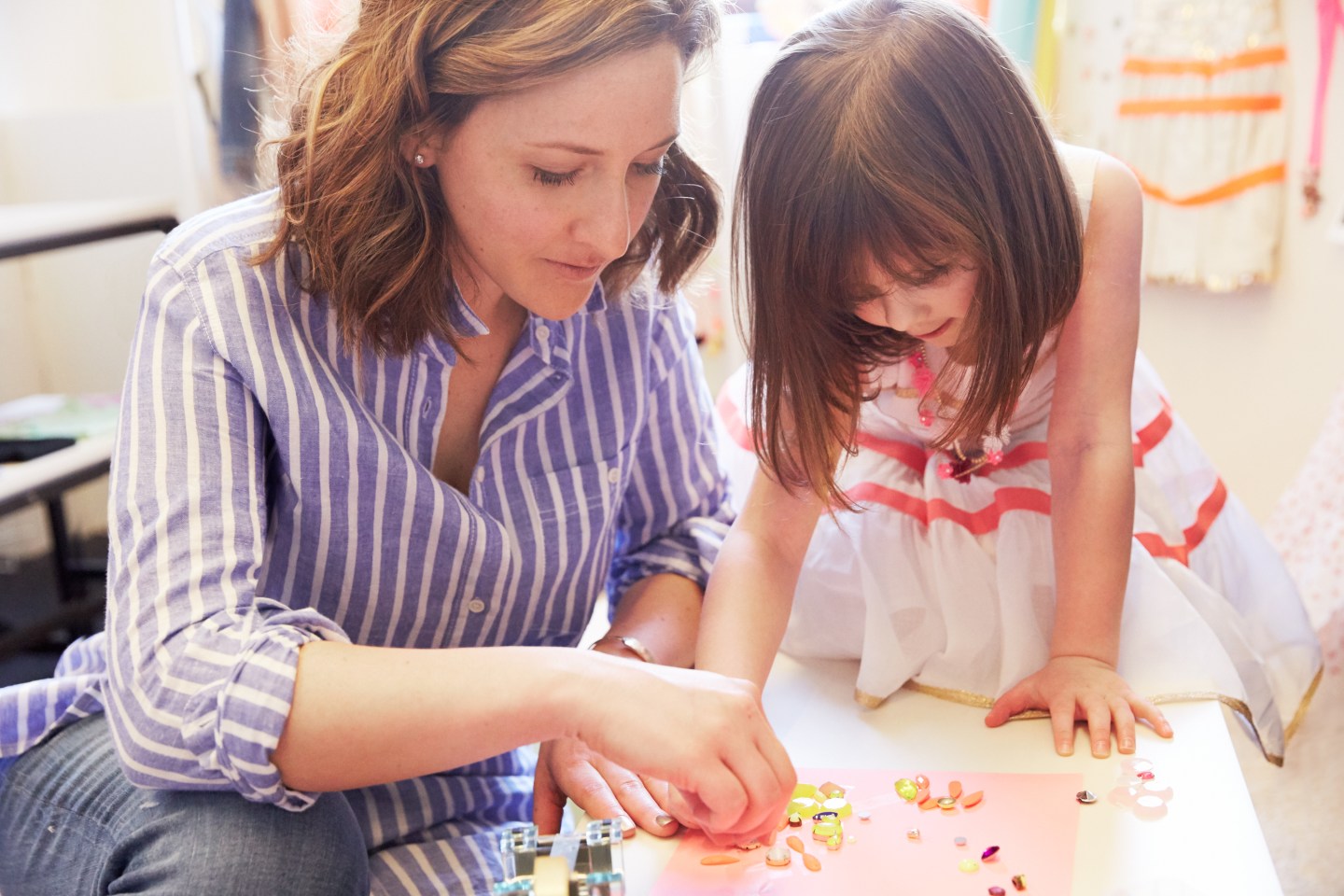 Five-year-old Mayhem (yes, it’s a nickname) is in Kindergarten and also happens to be J.Crew’s newest and youngest fashion designer, according to PSFK. The line, called Little Mayhem, was spawned from the blog she runs with the help of her mother, Angie Keiser. Mayhem’s work—a series of colored, paper dresses—been so popular that it has over 480,000 Instagram followers and viral posts that’d make any major media outlet jealous. (She makes them with her mother’s help.)

The creations are now available in J. Crew stores, according to the article. Prices range from about $50 to $80 for dresses, rompers and tops. In a blog post, Keiser wrote about her daughter’s process for the creations:

Mayhem and her new crew all sat down on the floor and played. And made stuff. Out of paper and tape and beads and glue and crayons. And they laughed and hugged and had more fun than I would have imagined. And then they sprinkled their magic J. Crew fairydust on it and turned paper into fabric. And when it was time to go, Mayhem cried. Because she didn’t want to leave.

In December, J.Crew creative director Jenna Lyons asked to collaborate with Mayhem and Keiser. Next up: Fashion week for her sixth birthday?