Cashing in on celebrities’ names: How relatives of famous people do it 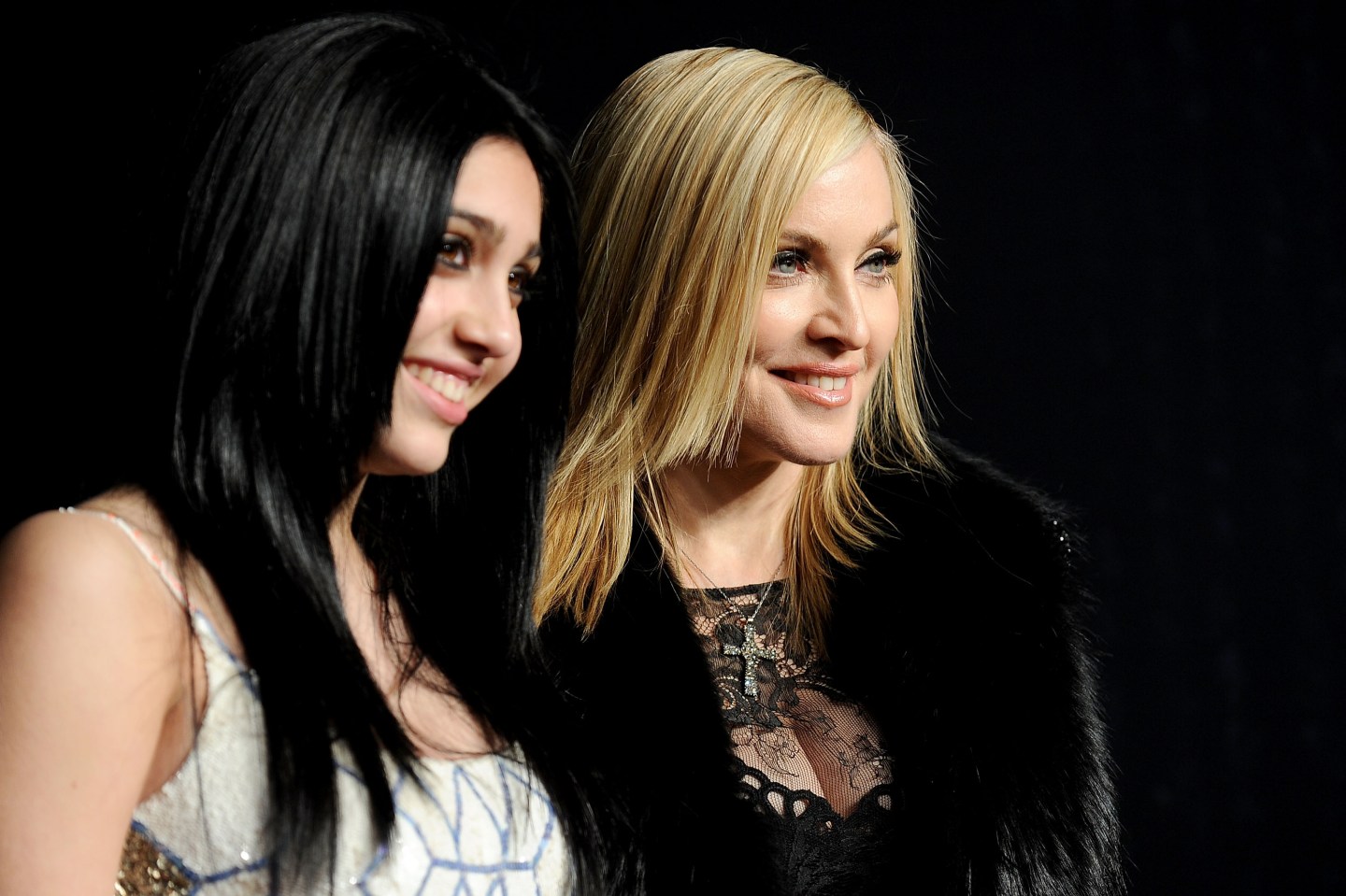 There’s a deep-rooted tradition of the relations of successful people following in the family footsteps, whether in business, politics, or entertainment: you have your Heinz family, your Kennedys, your Barrymores.

But the following are examples of several relatives who benefit from the recognition of their famous family name when launching products or businesses in other fields. It’s a fine line between appearing tacky (cashing in) and savvy (aligning one’s own product with an established brand–and ideally borrowing some of the name’s associated goodwill). Read on to find a rock star’s dad peddling a family recipe in the grocery aisle, showbiz daughters venturing into the fashion world, and more.

Bongiovi, Sr. told the Asbury Park Press, "We're not just putting our name out there. I refuse to do that. It's good.”  And it’s not only about money--part of the profits go to support the Jon Bon Jovi Soul Foundation, which helps combat hunger and homelessness in impoverished communities.

LONDON, UNITED KINGDOM - JANUARY 09: (EMBARGOED FOR PUBLICATION IN UK NEWSPAPERS UNTIL 48 HOURS AFTER CREATE DATE AND TIME) A 'A New Little Prince' and a 'A New Little Princess' plate sold by Party Pieces, the company owned and run by Catherine, Duchess of Cambridge's parents Carole and Michael Middleton on January 09, 2013 in London, England. It was announced by Clarence House in December 2012 that Catherine, Duchess of Cambridge is pregnant with her and Prince William, Duke of Cambridge's first child. (Photo by Indigo/Getty Images)

The Duchess of Cambridge’s parents Carole and James Middleton have run their party supply site Party Pieces since the mid-1980s, before their daughter married into royalty. However, since then, they’ve been criticized on several occasions when some items featured on their party supply website appear to cash in on their connection to the royal family. At the time of the royal wedding, they sold corgi cake toppers and plastic hats with Union Flags. In 2012 they drew attention for selling Royal Jubilee party items such as paper crowns, and later the same year when shortly after the princess’ first pregnancy was announced, for selling plates that said “a new little prince.”

Kate’s sister Pippa Middleton, meanwhile, brought in around $366,000 last year. She is a columnist for Vanity Fair, a newspaper, and a magazine, and the director of PXM Enterprises Limited, which conducts “publishing activities. ” She also wrote the critically-panned party planning book Celebrate: A Year of British Festivities for Families and Friends, which came with an advance of over $585,000.

Fashion designer Stella McCartney is the daughter of Paul and Linda McCartney (the latter whom launched an eponymous vegetarian range of foods, along with her Beatle husband who she introduced to vegetarianism).

In 1997, when Karl Lagerfeld heard 25-year-old Stella, then just two years out of fashion school, would follow him as Creative Director of Chloé, he remarked, “I think they should have taken a big name. They did, but in music, not fashion.”

But then, Stella's graduation runway show had been front page news, accompanied by a song composed by her father for the occasion and with supermodel friends Naomi Campbell and Kate Moss on the runway. A London boutique bought that collection and designs were licensed to Neiman Marcus and Bergdorf Goodman, among others.

In a collaboration similar to her other alliances with the youngs (Nicki Minaj, Britney, Justin, et.al), Madonna is also working with her daughter. Their fashion collection Material Girl is based on Madonna’s punky 1980s style and billed as “created by the original material girl, Madonna, and her daughter Lola.”

The juniors clothing line, sold at Macy’s, debuted in 2010, when Lola (full name: Lourdes Ciccone Leon) was 13. At the time, Madonna told People Lola was, “much more fashion-forward and savvy than I am at this point.” Lola, meanwhile, was promoting the line on her blog in typical teen fashion, writing statements such as, “I am totally obsessivo about 80’s shorts.”

Both the son and daughter of Oracle CEO Larry Ellison have become film producers. Megan Ellison produced Zero Dark Thirty and American Hustle, earning Oscar Nominations for both. David Ellison produced True Grit and Star Trek Into Darkness, as well as World War Z (the last title, by the way, was based on the novel by Max Brooks, son of Mel Brooks.)

David Ellison is also the founder and visionary behind the luxury clothing brand called The LANAI Collection, which is not obviously tied to the Ellison name, but is inspired by the Hawaiian island owned by David’s father