Here’s when you’ll be able to watch Seinfeld online 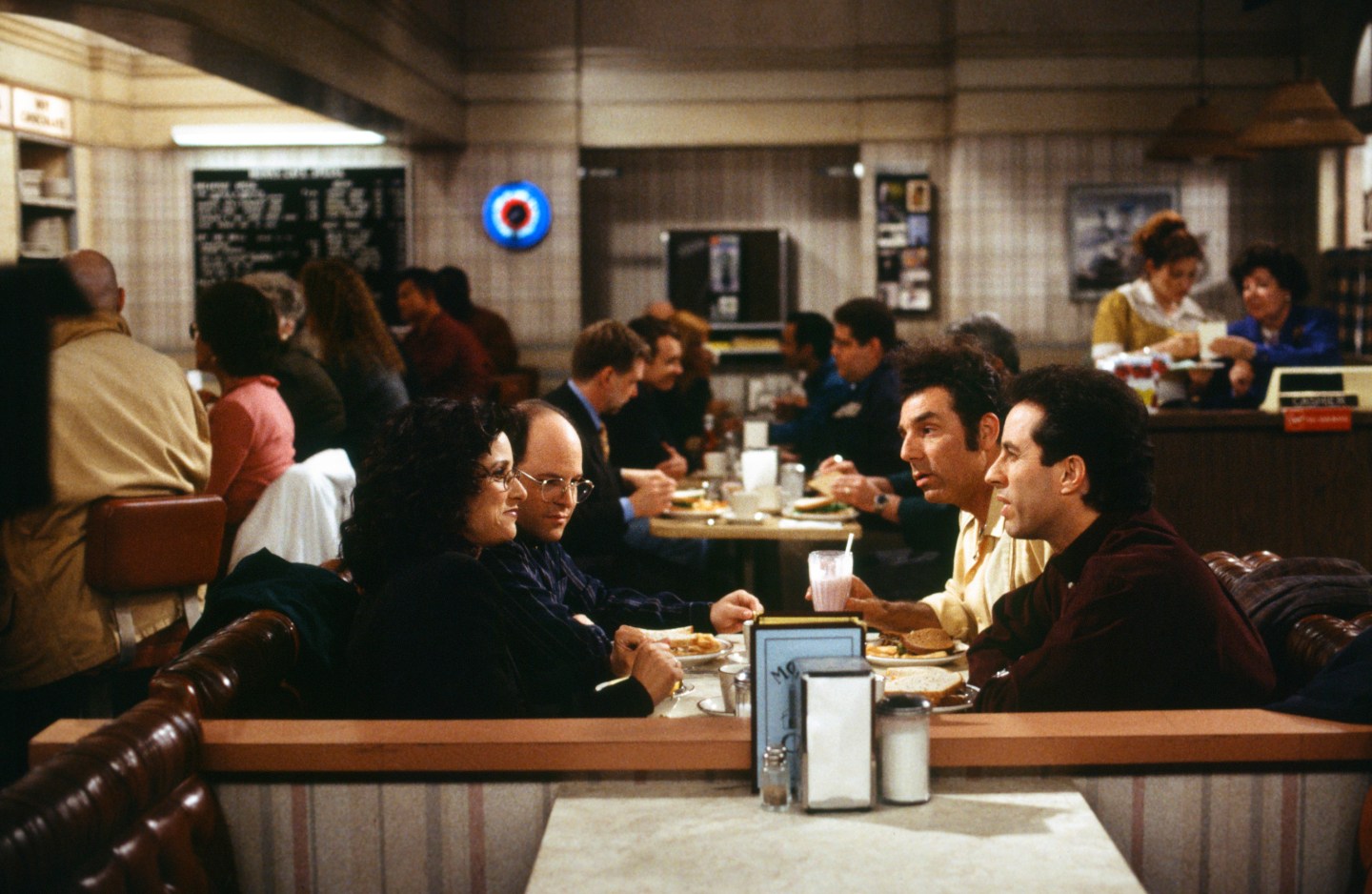 Seinfeld is coming to Hulu.

The iconic comedy show will be available for streaming (or binge-watching) staring on June 24. The company signed a deal for rights to the show for $180 million,the Wall Street Journal reports. That makes each episode worth $700,000.

The show has been wildly popular in syndication since its final episode aired in 1998, raking in an estimated $3 billion, according to figures tabulated in 2013. Meanwhile, co-creators Jerry Seinfeld and Larry David have reportedly earned over $400 million based on reruns alone.

The comedy, affectionately termed as being “about nothing,” first ran on NBC over the course of nine years, starting in 1989. Netflix had also expressed interest in streaming the show, the Journal reports, but ultimately went with acquiring the rights for Friends at a lower price tag. Amazon and Yahoo also reportedly placed bids.

Sony Pictures Television, a unit of Sony Corp., has the distribution rights for reruns of the hit 1990s sitcom. However, the majority of the revenue from the deal will go to Time Warner Inc.’s Warner Bros., which acquired “Seinfeld” producer Castle Rock Entertainment as part of its purchase of Turner Broadcasting System in 1996.