Why Volvo Is Launching a $500 Million Factory in the U.S. 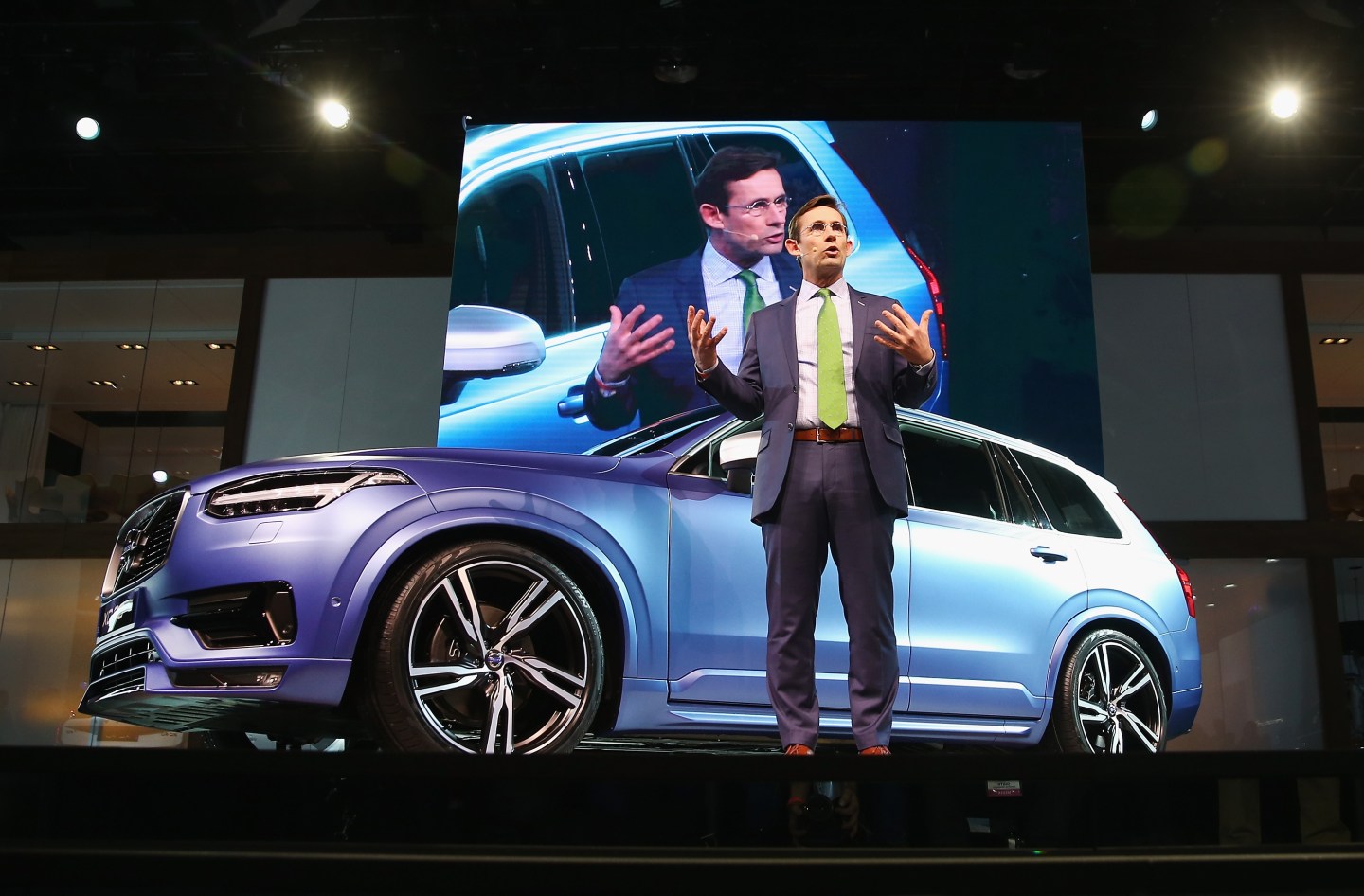 If Volvo Cars had followed the auto industry’s hottest manufacturing trend, the company would have selected a site for its newest factory in Mexico, the up-to-the-minute global hotbed for car making.

But Volvo bucked the tide, choosing instead to locate just north of Charleston, South Carolina. Why overlook Mexico’s lower labor rates and favorable tariffs? In an interview with Fortune, Lex Kerssemakers, chief executive officer of Volvo’s North American operations, laid out the thinking behind the move. He noted the favorable logistics in Berkeley County, as well as proximity to parts makers already selling to BMW, VW and Mercedes-Benz. But the South also offers what Volvo views as a key intangible: proof to U.S. consumers and dealers that it’s committed for the long term.

The quintessentially Swedish carmaker has seen sales decline in the U.S., as American consumers gravitate towards competitors, like BMW, Lexus, Audi and Mercedes-Benz. Volvo sales were 56,366 last year, from a peak of 139,384 in 2004. The $500 million factory, when it begins producing in 2018, will have a capacity of 100,000 vehicles annually, some for export but most for U.S. customers. The plant should employ about 2,000 workers.

“We have extremely loyal dealers, franchisees that have stayed with us,” said Kerssemakers, acknowledging that the South Carolina plant was, in part, intended to boost their confidence. “We’ve shared our five-year plans with them and as a result of that session, they’re re-energized, they see the potential. They’ve come to us and said they want to start an investment program in their facilities.”

Volvo’s U.S. dealer body stands at about 300 franchisees, many of whom express frustration and disappointment with the past several years of low sales, on top of the mystery as to the brand’s direction. The new $50,000 XC90 large crossover, which has begun arriving at U.S. dealerships, is the first of a product offensive that within two more years could result in a new large sedan and a crossover.

In the past two years, global automakers have opened or announced eight automotive assembly plants in Mexico. Volvo’s U.S. factory will be its fifth worldwide, including two in Europe and two in China, part of the burgeoning automotive operations of Zhejiang Geely Holding Group, founded by the Chinese billionaire entrepreneur, Li Shufu. He bought Volvo from Ford Motor Co. in 2010 for $1.8 billion and committed to $11 billion of investment in the brand.

The $500 million price tag for the new U.S. plant — while it may sound steep — is less than other full-fledged assembly complexes, since it will lack engine production and metal stamping facilities. It may be a conservative investment — if Volvo continues to grow in the U.S. and worldwide.

The brand’s most promising growth could be in China. Future models will be tailored for individual markets. The XC90, for example, is too large to sell in large number in Europe, where fuel costs are high. “It’s perfect for big families,” said Hakan Samuelsson, Volvo chief executive, in an interview. “But without the U.S. (where large vehicles are popular), I don’t think we could have defended such a vehicle.”

At the Shanghai Auto Show in April, Volvo exhibited its “Lounge Console” version of the XC90 equipped with a screen and a work platform where a front passenger seat normally would be – its user seated in the second row. For busy executives, perhaps, or couples who aren’t speaking to one another.

The combination of Chinese capital, Swedish engineering and a developing economy in South Carolina could make Volvos a much more common sight in tony American neighborhoods.