These three startups are betting on eSports 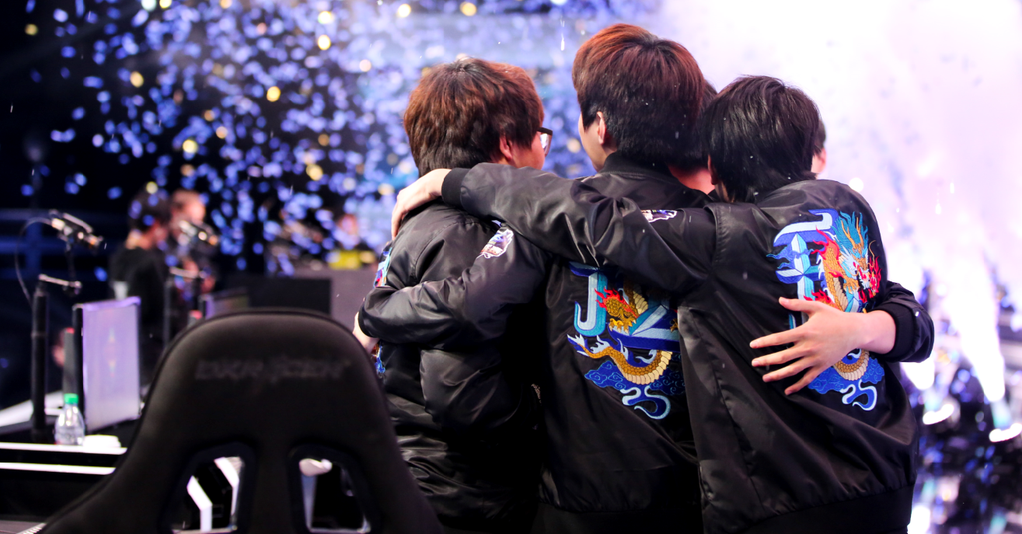 With 134 million people around the globe currently watching eSports, according to SuperData Research, it was only a matter of time before gambling and fantasy sports businesses sprouted around professional video gaming. Three startups—Vulcun, AlphaDraft, and Unikrn—have staked a claim on eSports fans wanting to further immerse themselves in the action.

Ali Moiz, founder of Vulcun, believes fantasy eSports could become a $250 million a year industry by 2020. And the good news for traditional fantasy sports is that Moiz has seen “mostly no overlap so far,” so these companies are tapping into a new audience.

Vulcun has raised over $13.4 million, which has helped the company pay out over $1.1 million in prizes to over 117,000 fans in its first three months. Gamers assemble their own fantasy teams and compete in daily competitions.

“Since fantasy sports is a game of skill, it allows sports fans that really get into it to consistently win over time,” Moiz says. “This is different from betting, where winning or losing is random over time. Fantasy sports engages fans with their favorite sport in a deeper, more engaged way. That is why leagues such as the NBA, MLB, and NHL have all gotten involved with ​daily fantasy leagues. Because it’s good for the sport, and good for the fans.”

Meanwhile, AlphaDraft just closed its $4.2 million seed round, based on convertible notes. Lead investors are Metaphorphic, WME, Upfront, IDG, KEC, MV, and Greycroft, including former NBA Commissioner David Stern. With the funding, AlphaDraft will pay out at least $5 million in cash and prizes in its first year, aiming to have over 1 million active users by the end of 2015.

Todd Peterson, CEO of AlphaDraft, says many fans started out playing video games before watching players and teams compete professionally. Fantasy eSports allows fans to take an active role competing for prizes and showing off in-depth knowledge of the matches and the players.

Taking a different approach to eSports gambling is Unikrn, which is offering traditional “safe and legal wagering” according to Rahul Sood, CEO and co-founder of Unikrn. Built on an online community of nearly 10 million gamers in over 100 countries, Unikrn has raised over $3 million, with over $5 million committed. The company has also signed an exclusive deal with Tabcorp, a $5 billion dollar Australian wagering company, which also became an investor in Unikrn.

Unikrn provides access to live viewing, live discussions, and competitive odds to gaming fans globally, including in the US. In legal sports betting jurisdictions, Unikrn users can bet on the outcome of matches and tournaments, with further bet types to follow.

“The average amount placed on bets has increased by 350% since we started, and we only see it growing,” Sood says. “Obviously there is a learning curve associated with betting on eSports, but as you’ll see with our future products we’ll be able to address this and make it accessible to anyone in a legal jurisdiction to participate.”

All three companies are currently focusing on the fan base of Riot Games’ League of Legends due to the game’s immense viewership, but AlphaDraft and Unikrn are planning to expand to other games.

“This is a very big space with much potential,” Peterson says. “If the video game industry currently rivals the size of traditional sports as a whole, and eSports is the size of any of the major individual sports, there’s a lot of room for friendly competition and further specialization, as the industry matures.”