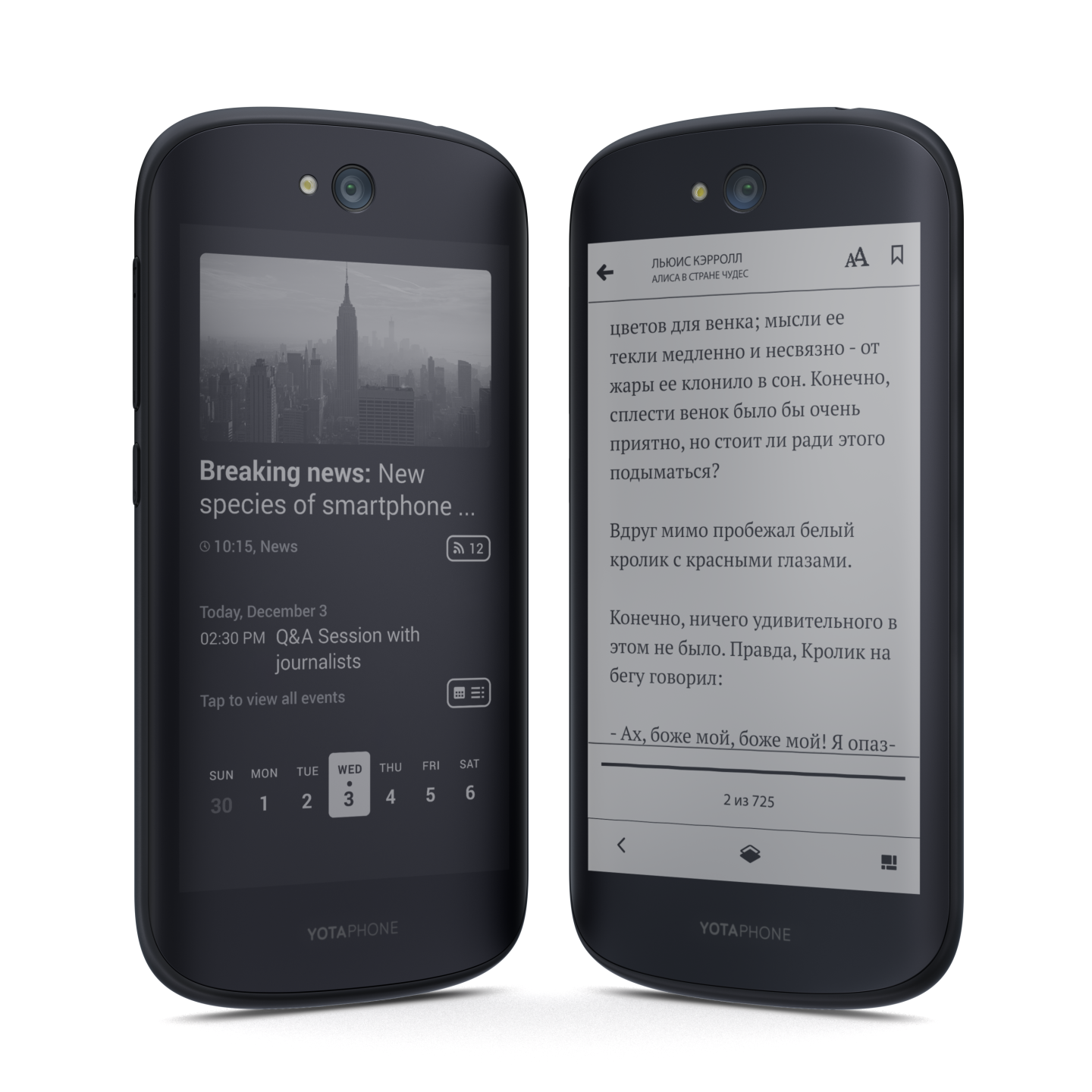 A mobile phone with two screens is now available through an IndieGoGo campaign, and it sure is something else.

The Yotaphone 2, as its known, has one LCD screen similar to that of an iPhone or an Android. On the back, though, the device has a second screen more similar to a Nook or Kindle e-reader. Yotaphone claims this is the first-ever dual screen smartphone.

Pre-ordering the phone through Indiegogo will set you back $550. For the first 48 hours of the campaign, it is discounted to $525. The phone is eventually expected to retail for $600.

Shipments are expected to be start in August.

More than $75,000 has already been raised by the campaign through the first six hours after being posted Tuesday.

The phone will also have native apps, just like other smartphones. A portable wireless charger is also available from the IndieGoGo page.

For more about smartphones, watch this Fortune video: