Why bacon is suddenly everywhere 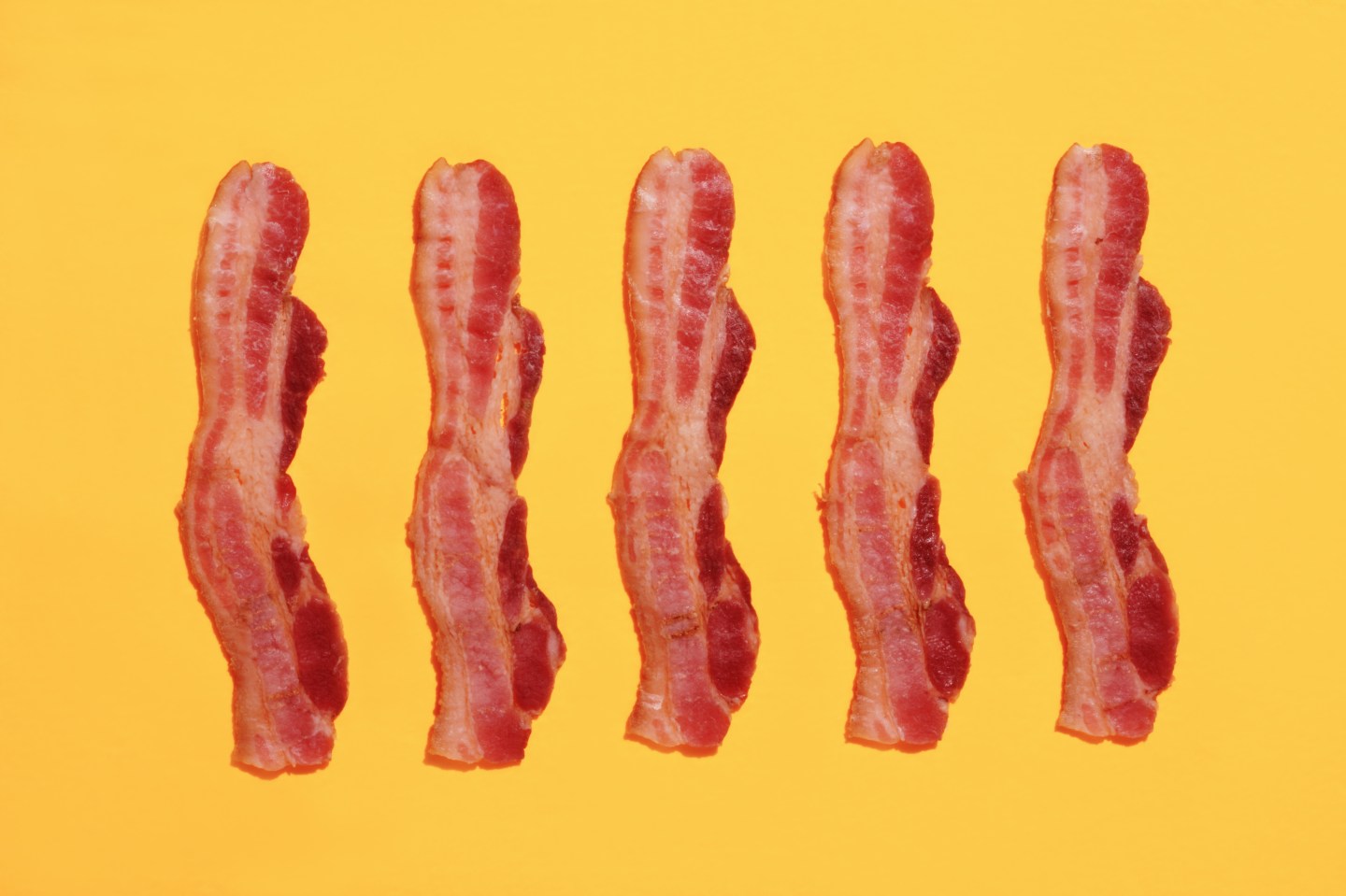 Nowadays, there are bacon mints. Even toiletries feature bacon.

How did we get here? One reason is cultural. Another is economical. Bacon costs the least it has in five years and is valued at nearly half of what it was a year ago, Bloomberg reports. That dip has helped bring the price of bacon down by 25% since last year, per United States Department of Agriculture data, to $4.12 per pound this week.

One can see the falling price of pork and the meat’s correlative rise in popularity in the following two charts, both based on USDA data. The first shows the declining cost, and the second charts an expected surge in consumption:

Businesses are also making a killing on the numbers. “Even though retail prices are down, consumers paid more than seven times the wholesale price for bacon last month,” Bloomberg reports. Not a bad incentive for cooks to clamber for swine.

It helps further bacon’s dominance that adding it to foodstuffs has taken on the presence of an Internet meme. Between the meat-rich Paleo Diet fad and a cult-like fascination with the meat, its hard to escape the strips’ crunchy, sizzling charm.