Chobani yogurt mogul is looking for a successor 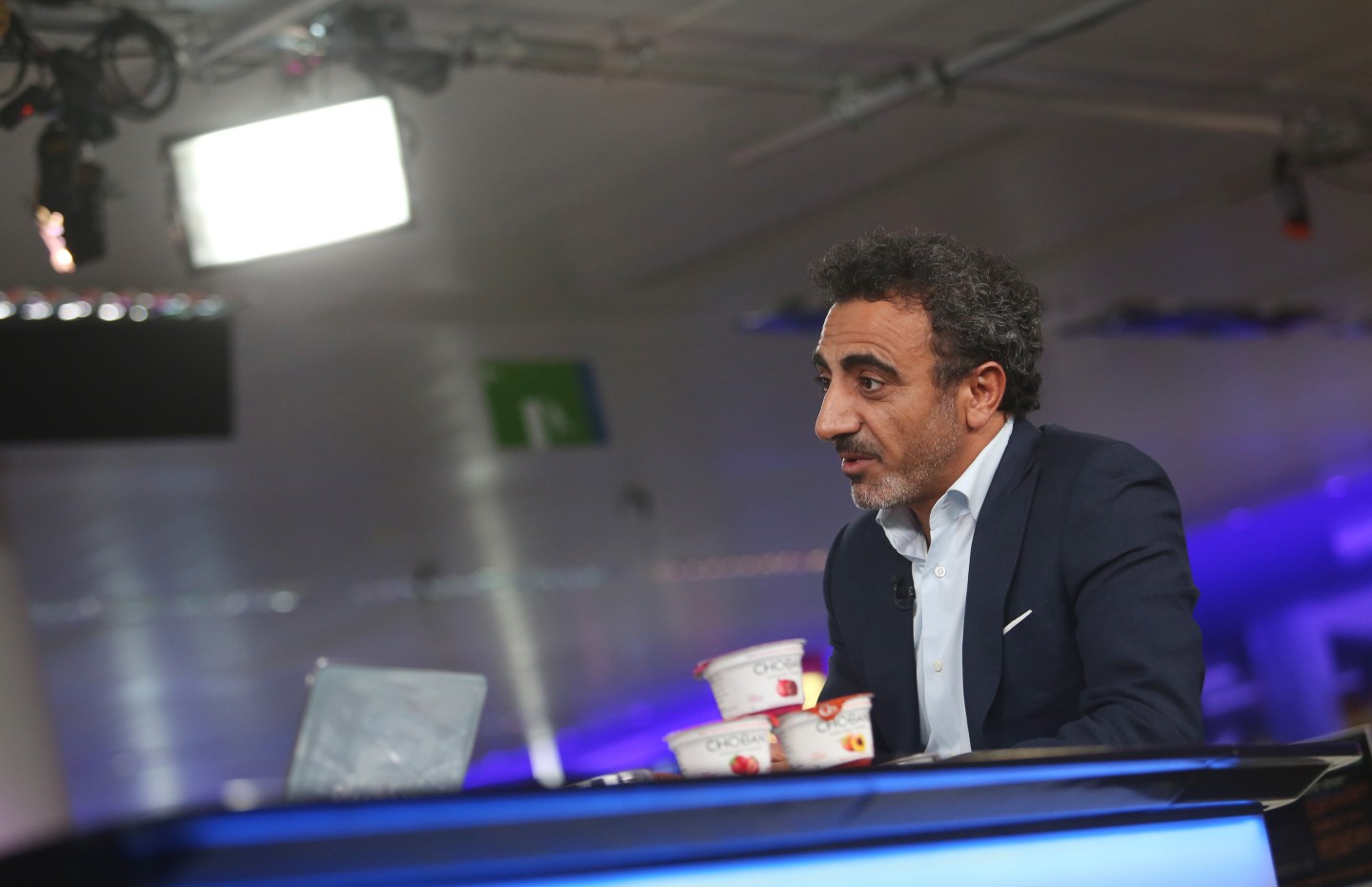 Hamdi Ulukaya, a billionaire and founder, president and chief executive officer of Chobani Inc., speaks during a Bloomberg Television interview in London, U.K. on Wednesday, July 17, 2013. Chobani, the best-selling yogurt brand in the U.S., has given Ulukaya a net worth of $1.1 billion. Photographer: Chris Ratcliffe/Bloomberg via Getty Images
Photograph by Chris Ratcliffe — Bloomberg/Getty Images

The founder of Chobani Inc., the company that helped spark the greek yogurt trend, is anticipated to step down from his role as CEO this year, the Wall Street Journal reports, though the Turkish entrepreneur will remain as chairman.

The impending succession is the result of a deal the dairy maker struck with the private equity firm TPG in April of last year. In exchange for a $750 million injection, Chobani, then in debt and struggling to scale and meet quality control, agreed to begin the process of selecting and appointing a new chief executive within a year. The deal also gave TPG the rights to buy a stake worth as much as nearly a third of the company as well as two seats on its board.

“The deal occurred because Chobani had grown beyond his ability to run it, Mr. Ulukaya said,” writes Annie Gasparro in the Journal. In the past, Ulukaya had voiced his disdain for buttoned-up professionalism, preferring a “seat-of-the-pants style,” as Gasparro calls it. “We didn’t have any corporate executive types,” he said in previous interviews. “I didn’t want to hear all that marketing, supply chain, logistics stuff—most of it is BS.”

But that is just what the company is now looking for. Industry observers expect Kevin Burns, a TPG executive who became Chobani’s interim president and chief operating officer in the fall, to succeed Ulukaya at the New Berlin, New York-based company.