Whose idea was it to give Jeb Bush an Apple Watch? 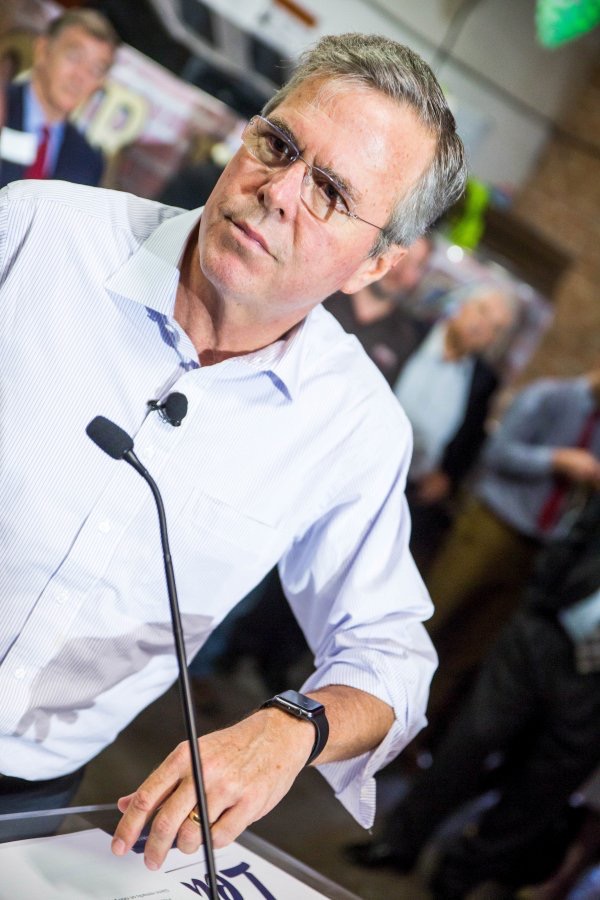 I know I shouldn’t pick on Jeb Bush, who probably knows less about health care technology than he does about international relations. But the argument he made Thursday for repealing Obamacare — made while pointing at the Apple Watch on his wrist — may be even dumber than his remarks about invading Iraq. As reported by several news services:

On this device in five years will be applications that will allow me to manage my healthcare in ways that five years ago were not even possible. I’ll have the ability, someone will, you know, because of my blood sugar, … someone will send me a signal it’ll come here, I’ll get a double beep saying ‘you just ate a butterscotch sundae or something like that. You went way over the top. You’re a diabetic, you can’t do that’ — whatever, we’ll be able to guide our own healthcare decisions in a way that will make us healthy. Ultimately, we have to get to a health system, away from a disease system.

To unravel this I think we need to push power back to the states. I think that we should repeal Obamacare if given the opportunity, and replace it with a consumer directed model where people are engaged in making healthcare decisions for themselves and where they’re given the tools to do so.”

His answer to the Affordable Care Act, it seems, is to give every citizen an Apple Watch. How the device will know that you ate a butterscotch sundae is left to the software engineers.