Lack of harbor maintenance is threatening U.S. shipping. Here’s how 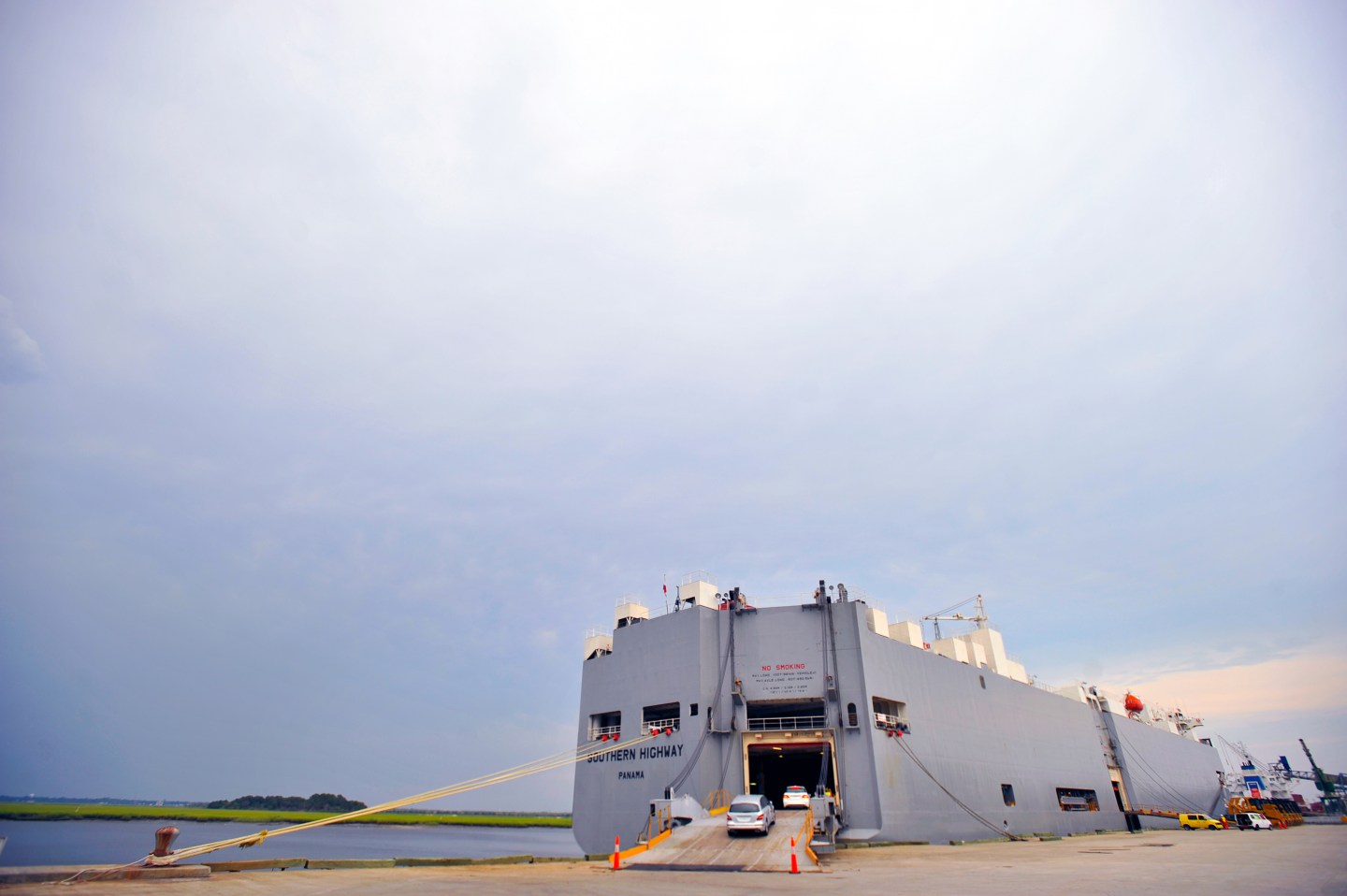 At the start of this year, Mercedes-Benz announced that it was shifting its headquarters from New Jersey to Georgia, where the company opened a processing facility back in 2010. Along with tax incentives, the move was motivated by Georgia’s plethora of ports, particularly the Port of Brunswick. Thanks to a major port deepening and infrastructure revamp completed in 2007, Brunswick has rocketed from sixth to first place among destinations for new car imports, breaking volume records for the last three years.

But even as its ambitious goals are coming to fruition, the Port of Brunswick is under threat. According to Georgia Port Authority CEO Curtis Foltz, silt settling into the harbor from upstream, or blown in by tropical storms, has raised the harbor bottom by several feet in some places.

“It’s been silting in,” says Foltz. “Now . . . the larger ships either can’t come to that port, or these ships have to wait for tides, or . . . can only be loaded at 70 or 80 percent of their capacity.” This increases shipping costs substantially, undermining the advantages of the initial project.

Similar stories are playing out at harbors across the country—about 2/3 of all ports and channels in the U.S. are below full depth and width at any given time, according to the American Association of Port Authorities. That’s because Congress has for years failed to allocate sufficient maintenance funds to the Army Corps of Engineers to dredge away silt and perform other maintenance.

The decreased harbor depth at so many U.S. ports couldn’t come at a worse time, given that the expanded Panama Canal is planned to re-open next year, allowing for the passage of larger container ships. The canal is expected to see an increase in shipping traffic, and many of those ships will be headed for ports on the American Gulf Coast and East Coast.

There’s plenty of money nominally available for harbor maintenance. According to the American Association of Port Authorities, $1.6 billion per year is collected through a Harbor Maintenance Tax (HMT) on imports. But of that, only about $850-900 million is actually being spent on harbor maintenance each year. City and state governments have allocated their own supplementary funds, but it’s not enough to keep up with the slow march of time and silt.

In its 2013 “Infrastructure Report Card,” the American Society of Civil Engineers gave America’s ports a “C” rating. This is higher than most other infrastructure sectors, largely because landside infrastructure like cranes—paid for by port authorities and private carriers—is in good shape. But ASCE repeatedly cited a lag in dredging maintenance nationwide.

“You have ports throughout the country that are woefully undermaintained,” says Foltz.

The shortfall is driven by a mix of fiscal weaseling and regulatory ambition. The American Association of Port Authorities publicly pushed in 2011 to have HMT funds strictly earmarked, in the same way airport and highway maintenance funds are. This is necessary, according to the AAPA, “to prevent the practice of applying the revenue to other non-dredging uses or to be otherwise misspent.” Bills intended to prevent just such misspending died in committee in both 2011 and 2013.

Port authority executives also complain that the approval and planning process for dredging and other port improvements is glacially slow. The Port of Savannah waited more than a decade for approval to begin deepening its harbor, finally granted last year.

2014 did see passage of the Water Resources Reform and Development Act, the first major maritime appropriations bill since 2007. It streamlined many aspects of the approval process for port development and directly approved a raft of projects.

But its approach to funding was to make big promises that won’t be fulfilled for a decade. The bill mandates that the portion of harbor maintenance tax revenues allocated to their intended use increase marginally each year. That allocation starts at 67% this year, but won’t reach 100% until 2025.

As for when that increased funding will help the Port of Brunswick solve its silt problem, no one knows for sure.