Job seekers: Now’s a great time to get into construction 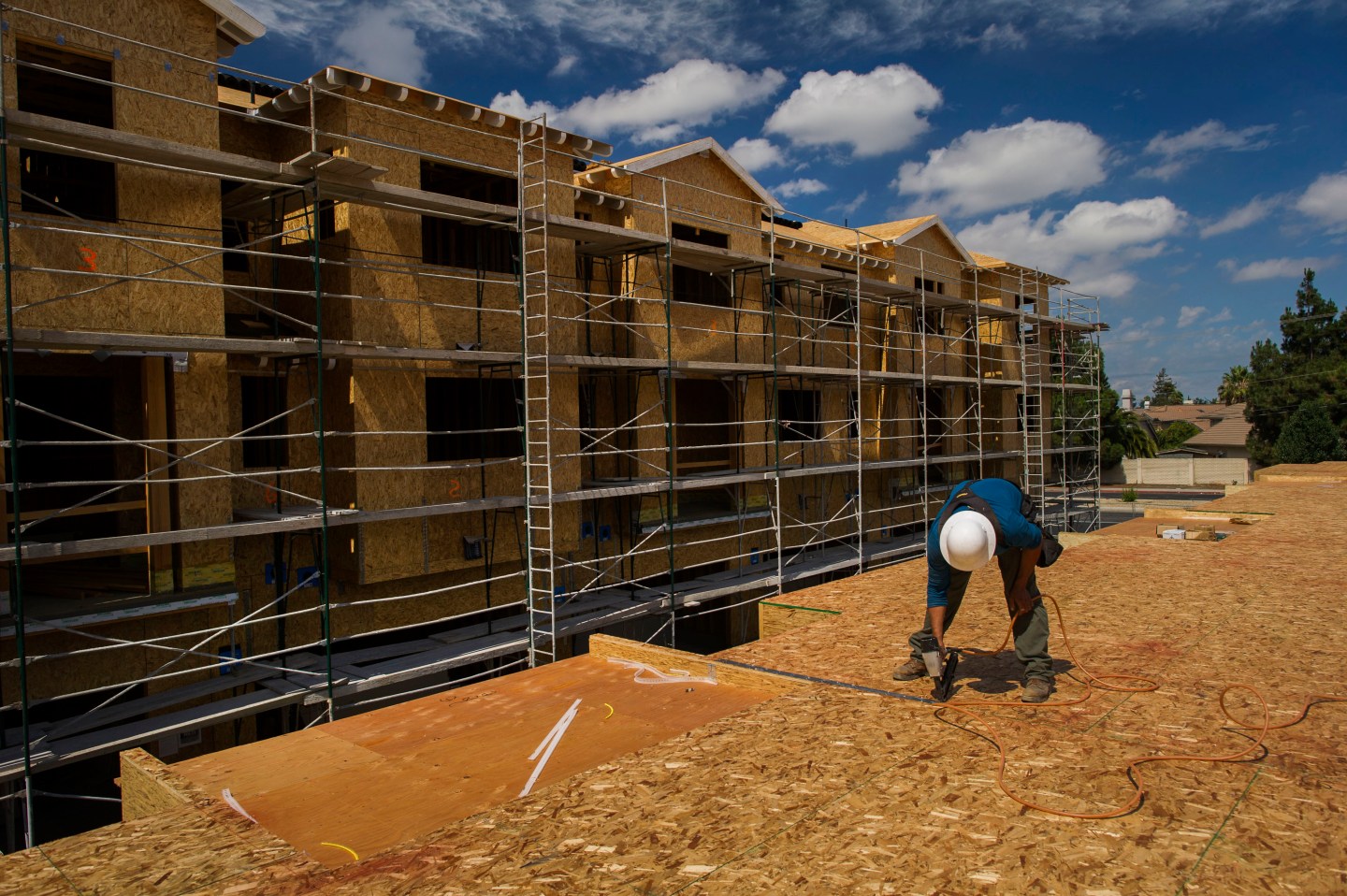 Employment growth in April was solid, with the U.S economy adding 223,000 new jobs during the month.

The unemployment rate also fell to 5.4%, but this came after job growth in March was revised down to 85,000, the worst month for the labor market since June 2012.

The upshot is that the jobs report was strong enough to calm fears of a coming recession, without it being too strong to suggest the Fed will raise rates sooner than September.

April’s jobs report showed a surge in construction employment. The construction sector added 45,000 jobs in April, good for 20% of the total job increases for the month. That’s a 4.6% increase from last year, which is in line with the recent, accelerating trend:

Job openings in construction are rising at an even faster pace. The latest JOLTS survey (which lags the employment situation report data by a couple months) showed a 36% increase in the number of construction job openings year-over-year. Mark Vintner, senior economist at Wells Fargo Securities, has argued that this difference shows that there is a shortage of skilled construction workers in America today. Vintner’s analysis is backed up by recent survey data from the American Association of General Contractors, which showed that 80% of construction firms expect to expand their payrolls this year, while 87% of firms “report having a hard time filling key professional and craft worker positions.”

Vintner explains the relatively weak housing starts (the number of private houses under construction) data in 2015 partially on this idea of a construction worker shortage, but he says that this and other temporary factors, like bad weather, will evaporate by the end of 2015. He maintains that, “home building will be one of the economy’s largest upside surprises in 2015.”

Not everyone is convinced. Moody’s Analytics’ Adam Ozimek points to the fact that wage growth in the construction sector has been generally mild, and the total number of construction workers remains well below pre-crisis levels. Given this fact, he argues, firms simply need to pay more to attract workers if they are really in need of help.

But these arguments aren’t mutually exclusive. It may take months, or years, before employers give accept the reality that wages are on the rise. As the unemployment rate continues to fall, expect employers to take the hint that the days of flat wages are over. Meanwhile, the latest data on household formations show that Americans may finally be ready to move out of their friends’ homes and parents’ basements:

US Household Formation data by YCharts

Household formation is accelerating, which will require the construction of new homes, be they apartment buildings or single family housing.