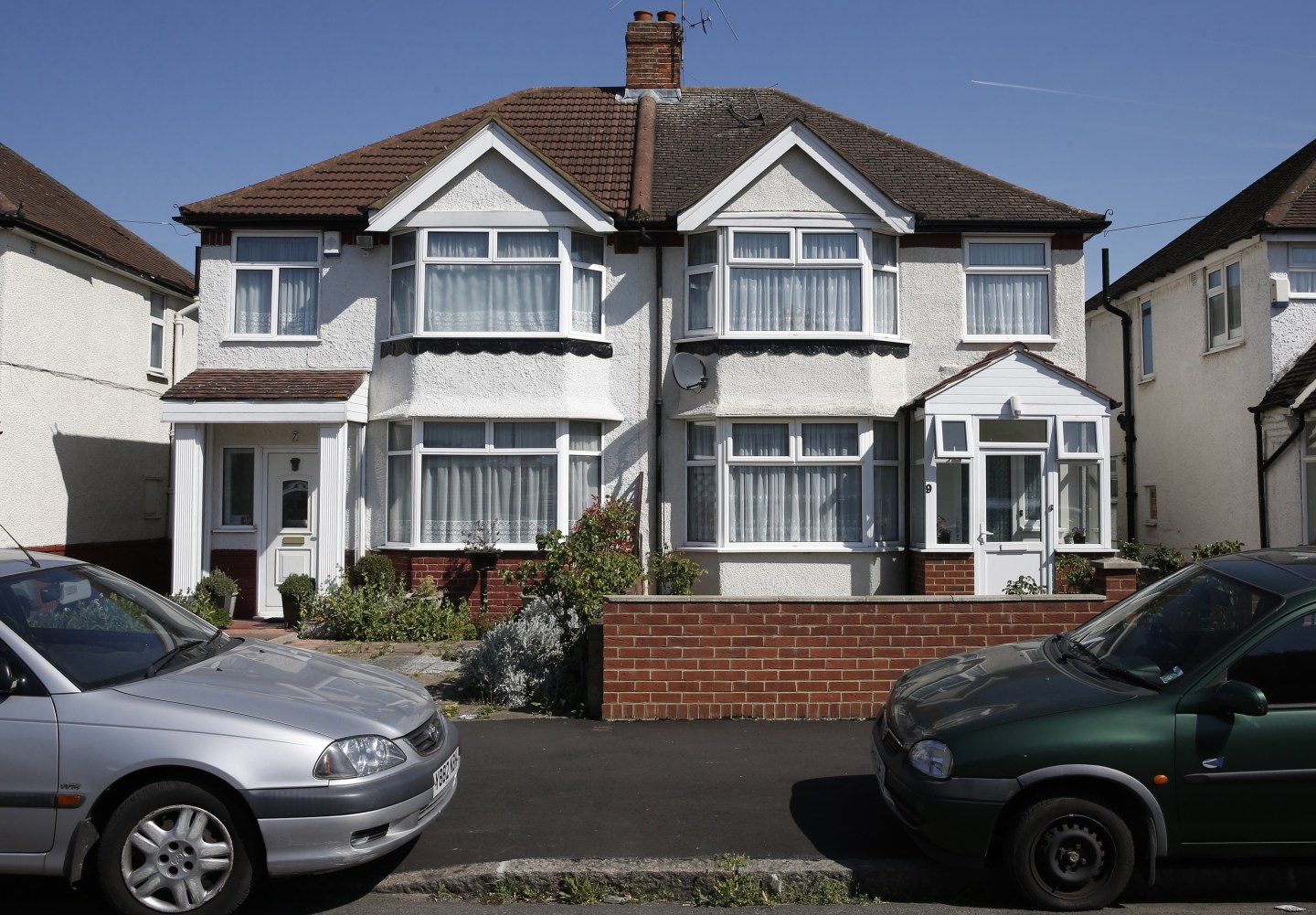 A semi-detached house, (R), the registered address of Nav Sarao Futures Ltd, a trading company operated by Navinder Singh Sarao, is pictured in Hounslow, west of London on April 22, 2015. A British trader accused of contributing to a US stock market crash and fraudulently making $40 million in high-frequency trading from his modest London home was due to appear in court on Wednesday. AFP PHOTO / ADRIAN DENNIS (Photo credit should read ADRIAN DENNIS/AFP/Getty Images)
Photograph by Adrian Dennis — AFP/Getty Images

The British trader fighting extradition to the United States on charges of having contributed to the 2010 ‘flash crash’ on Wall Street told a London court on Wednesday he had done nothing wrong and was just good at his job.

Navinder Singh Sarao, 36, who traded from his parents’ modest home in west London, has been charged by the U.S. Justice Department with wire fraud, commodities fraud and market manipulation.

“I’ve not done anything wrong apart from being good at my job. How is this allowed to go on, man?” Sarao said at Westminster Magistrates’ Court.

But he has failed to raise the money and his lawyer asked for the bail surety to be lowered to 50,000 pounds on Wednesday. This was rejected by District Judge Elizabeth Roscoe and Sarao remains in custody.

“I will not vary bail. I will leave it as it is,” Roscoe told Sarao and his legal team.

Reaction in the U.K. to the DoJ’s request to extradite Sarao has varied from the indifferent to the indignant. The general public is shedding no tears over a man who appears to exemplify the sharp practices in financial markets that have been exposed time and again since 2008.

However, the financial press is up in arms about what it sees as U.S. attempts to deflect attention from its own failure to regulate the industry properly and crack down on such abuses closer to home–a failure it is now trying to compensate for by swinging the pendulum the other way.

The Financial Times drew attention Wednesday to the fact that the Commodities and Futures Trading Commission had charged two traders in the United Arab Emirates with ‘spoofing’ the New York gold and silver markets after a conspicuously short period of a week. By contrast, the Chicago Mercantile Exchange, where the futures contracts ‘spoofed’ by Sarao are listed, had had first identified his suspect trading patterns back in 2009, months before the flash crash, and allowed him to continue trading until 2014.

The CME says the flash crash wasn’t caused by the futures market.