How Microsoft became a market darling, in two charts 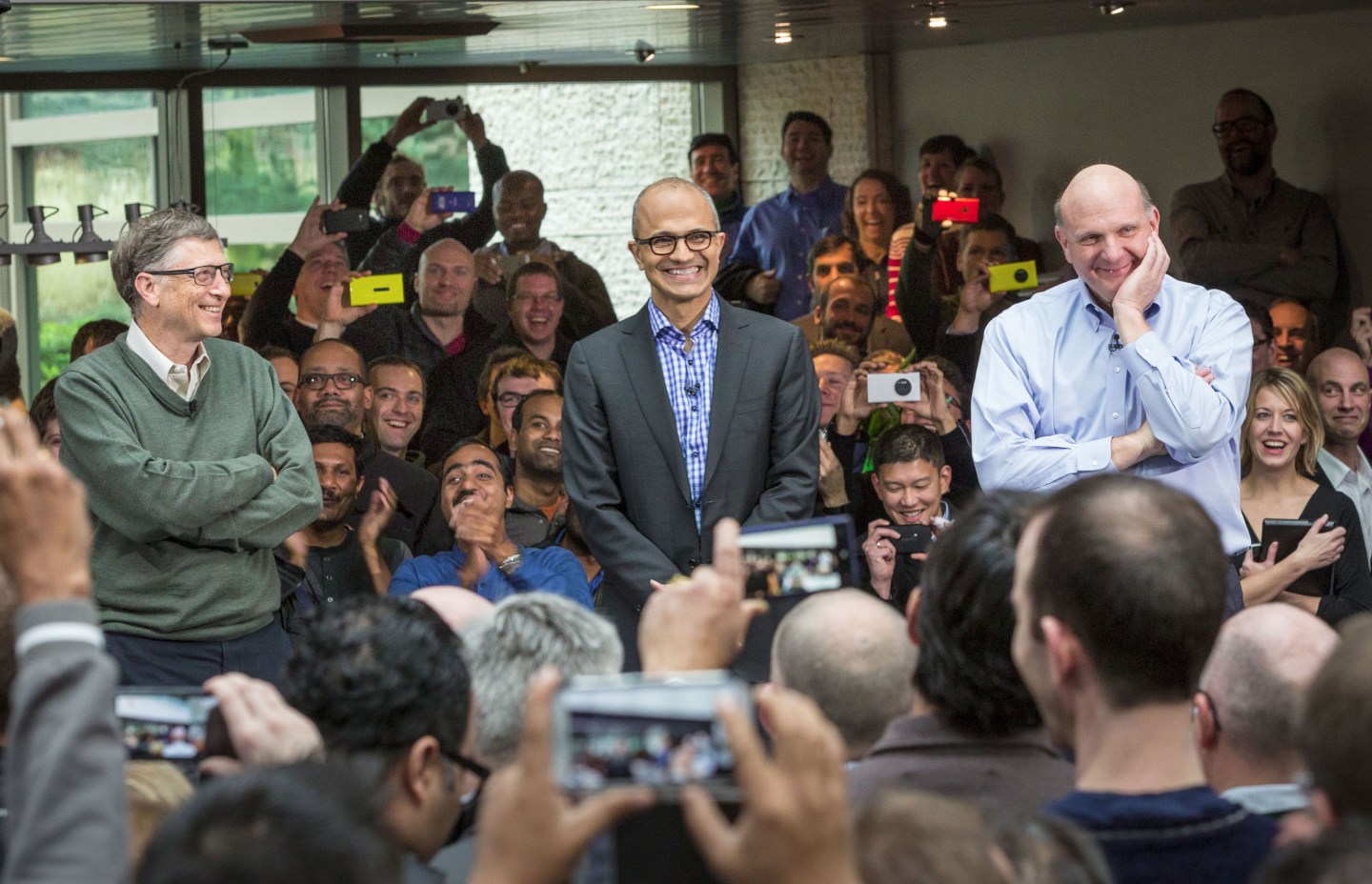 Satya Nadella, Microsoft's new CEO, addresses employees along with Bill Gates and Steve Ballmer on the company's Redmond, Wash., campus. (PRNewsFoto/Microsoft Corp.) THIS CONTENT IS PROVIDED BY PRNewsfoto and is for EDITORIAL USE ONLY**
Photograph by PR NEWSWIRE/AP

On Tuesday, Salesforce.com (CRM) saw its shares skyrocket as rumors spread of a possible Microsoft acquisition. While Bloomberg has said no deal is imminent, a Salesforce sale would make a lot of sense for a company that has staged an improbable comeback through a newfound focus on cloud services. (We made just that case a few days ago.)

When Satya Nadella was named Microsoft’s (MSFT) CEO on February 4, 2014, he was taking over an aging tech giant long known for muddled priorities and a fear of any internal innovation that could challenge the dominance of its Windows operating system. Since then, Nadella given his company a clear objective—even killing off established but musty brands like Internet Explorer. As the Economist noted in April:

“Mr. Nadella’s biggest achievement so far is that he has given Microsoft a coherent purpose in life, as it enters its fifth decade. He sums it up in two mottos. One is ‘mobile first, cloud first:’ since these are where the growth is going to come from, all new products need to be developed for them. The other is ‘platforms and productivity.’ ”

On the cloud side, Microsoft’s business has been flourishing. Profits from the cloud—that is, software and services available via the Internet—more than doubled in the past quarter, and revenue has surged to $6.3 billion.

Investors are liking the new clarity too. Microsoft’s stock price has surged under its new CEO. Since Nadella took the reins, Microsoft shares are up over 30%, 10 points ahead of the S&P. In comparison, Microsoft’s stock dropped nearly 12% during Ballmer’s tenure and underperformed the market.

And here’s its performance since Nadella started:

This magical-seeming recovery is still a short-run thing—we’re talking a bit more than year. But Wall Street seems to have Nadella’s back for now. Earlier today, the Wall Street Journal “Heard on the Street” column praised the company’s cloud efforts and called its stock one of the cheapest ways to gain exposure to cloud business. Just a few hours later, as though to confirm the endorsement, Salesforce.com shares jumped on merger news.