Adidas’ upswing continues thanks to new focus on urbanites 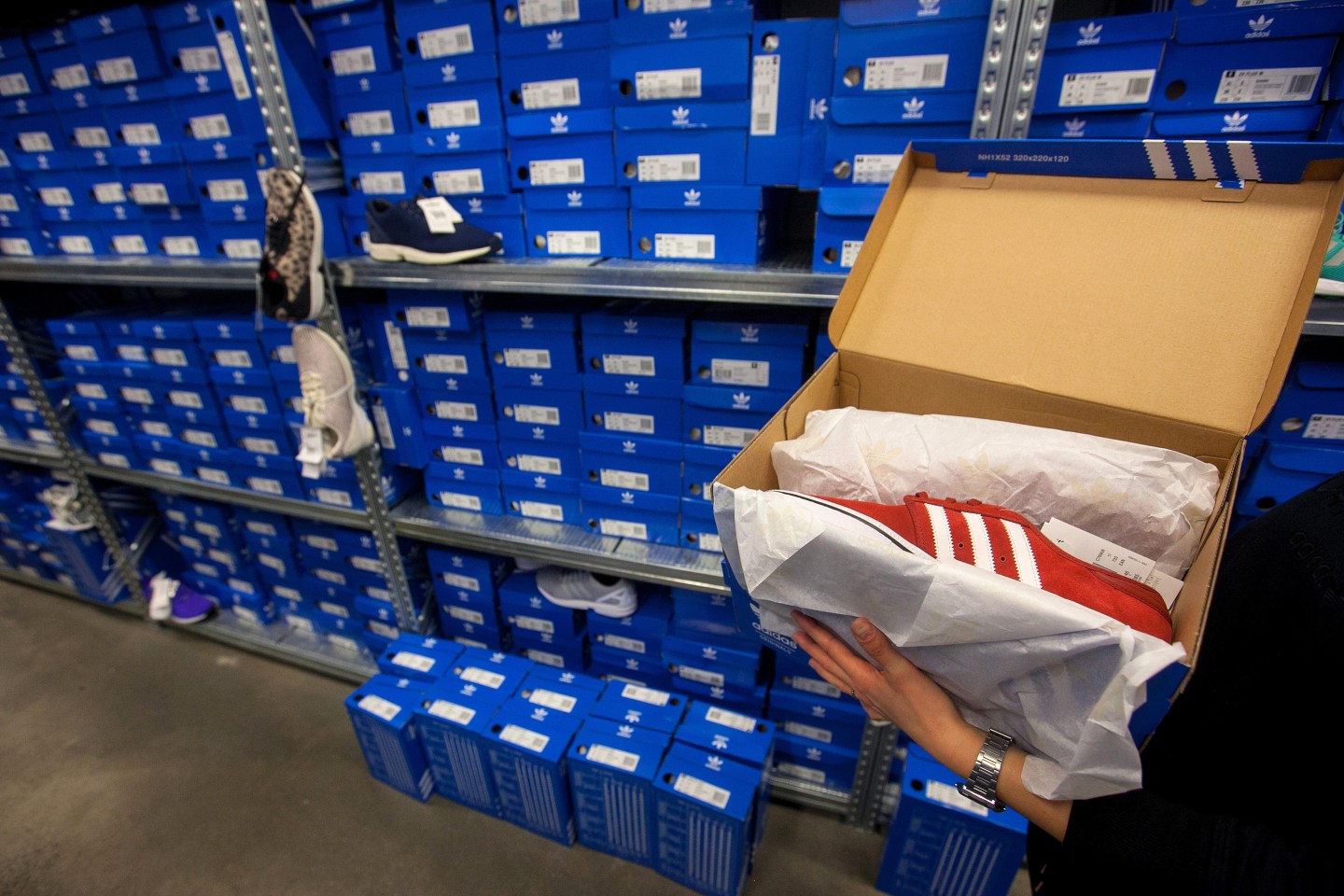 An employee carries a shoe box in a footwear storage room inside an Adidas AG Originals store in Berlin, Germany, on Wednesday, March 4, 2015. Adidas predicted profit growth for this year that matched analysts' predictions for the struggling German sportswear maker as it pours money into catching up to larger rival Nike Inc. in America. Photographer: Krisztian Bocsi/Bloomberg via Getty Images
Photograph by Krisztian Bocsi — Bloomberg via Getty Images

Adidas SE’s (ADDYY) recovery continued in the first quarter, despite ongoing problems with its TaylorMade golf equipment and apparel business.

The German company reported better-than-expected sales growth, helped by a strong performance from its running and fashion businesses as well as a recovery at its struggling North America arm. Sports-inspired fashion brands Originals and NEO both grew sales by over 10%, while fitness brand Reebok reported a currency-neutral rise of 9%, compared to just 1% in the fourth quarter.

“After getting off the starting block well this year, we are optimistic about our prospects for the full year,” Chief Executive Herbert Hainer said.

Adidas launched a new five-year strategy that focuses on improving its supply chain and achieving the world’s largest cities, (hence the strong performance of running and gym-related gear, in stark contrast to the issues at TaylorMade). It aims to lift sales by almost half to above €22 billion euros by 2020.

In North America, where Adidas has been spending heavily on marketing to try to make up ground lost to market leader Nike (NKE) as well as fast-growing Under Armour Inc (UA), currency-neutral sales rose 7% in the first three months of the year after a 4% fall in 2014. The company had slashed prices last year to clear a mountain of unsold TaylorMade inventory, and expects this year’s margins to look a lot stronger as a result. Revenue at TaylorMade fell 9% on the year, as club sales more than offset a rebound in apparel sales.

Adidas shares, which have already risen almost a third this year, rose nearly 3% in early trade, while the German blue-chip index rose 0.5%.

Attributable net profit rose 8% to €221 million euros, below forecasts for €232 million but including a goodwill impairment of €18 million due to a change in reporting.

Adidas reiterated it expected 2015 sales to rise by a medium single-digit percentage rate on a currency neutral basis, after a 6 percent increase in 2014, while net profit from continuing operations should climb 7-10 percent.