What drought? Starbucks is selling California water for $1.95 a bottle 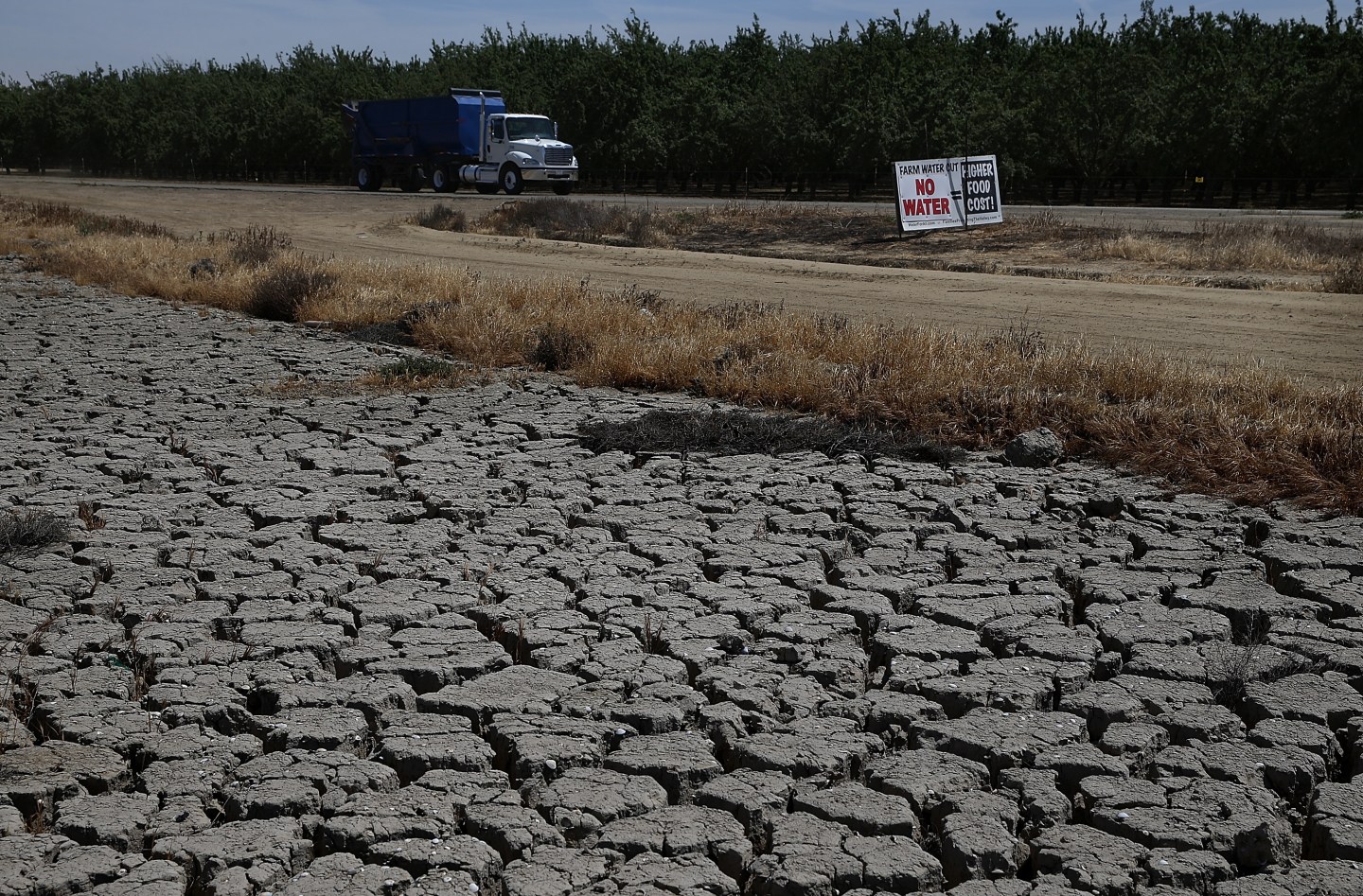 FIREBAUGH, CA - APRIL 24: Dry cracked earth is visible near an almond orchard on April 24, 2015 in Firebaugh, California. As California enters its fourth year of severe drought, farmers in the Central Valley are struggling to keep crops watered as wells run dry and government water allocations have been reduced or terminated. Many have opted to leave acres of their fields fallow. (Photo by Justin Sullivan/Getty Images)
Photograph by Justin Sullivan — Getty Images

A Starbucks owned bottled-water company in California is continuing to sell locally sourced spring water, as the Golden State battles one of the worst droughts in recent memory, according to a report in Mother Jones.

However, the company partially relies on water from private springs in central California’s Placer County and also operates a factory further south in Merced, where it uses local water sources at its production facility. Both areas are in territories that are experiencing “exceptional drought” conditions, according to federal authorities.

The Merced Sun-Star reports that locals are increasingly irritated that the company is continuing to tap the area’s scarce water resources amid the blistering dry spell.

A Starbucks spokesperson told Mother Jones that Ethos water came from “a private spring source that is not used for municipal water for any communities.” However, the magazine also spoke to a geologist with the state’s Department of Water Resources, who said that local communities downstream could still be adversely affected “if you capture and pull it out before it ever makes it.”