Exclusive: News app Circa is seeking a buyer 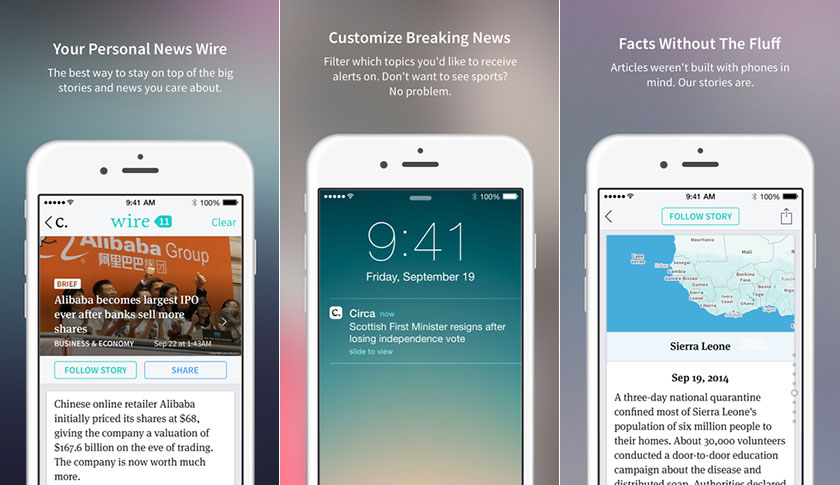 Mobile news app Circa is seeking a buyer after failing to secure a new round of venture capital funding, Fortune has learned.

The San Francisco-based startup’s 20-person staff was informed of the situation this afternoon by co-founder and CEO Matt Galligan, who says that there will not be any immediate layoffs.

“This isn’t a ‘sell the assets’ only situation,” explains Galligan, adding that Circa is working with an undisclosed third party to find a buyer. “This is an acquisition process, and we’re talking with a number of interested parties. One possibility is that we keep the brand. Another is that we apply our tech know-how to a different brand, or perhaps we integrate everything we’ve learned about the space and built so far in a way that the unique spirit of Circa lives on in another product… Our intent is to find the right partner to keep growing this idea.”

Circa had raised more than $5 million in angel and seed funding since 2012, from such investors as Quotidian Ventures and Lerer Hippeau Ventures.

A report from late last year suggested that the company was seeking to raise another $8 million in Series A funding, but the new deal never materialized.

Galligan says that there was a term sheet on the table, but the two sides were unable to finalize certain particulars. From a broader perspective, he feels Circa struggled to find new investors because of the company’s focus on mobile (thus not generating millions of web pageviews) and working to retain current users via product enhancement at the expense of acquiring new users.

Circa is one of several mobile-first news apps, but had tried to differentiate itself by allowing users to follow ongoing stories by creating a series of “points,” or mobile updates, that eventually knit together as long-form content.