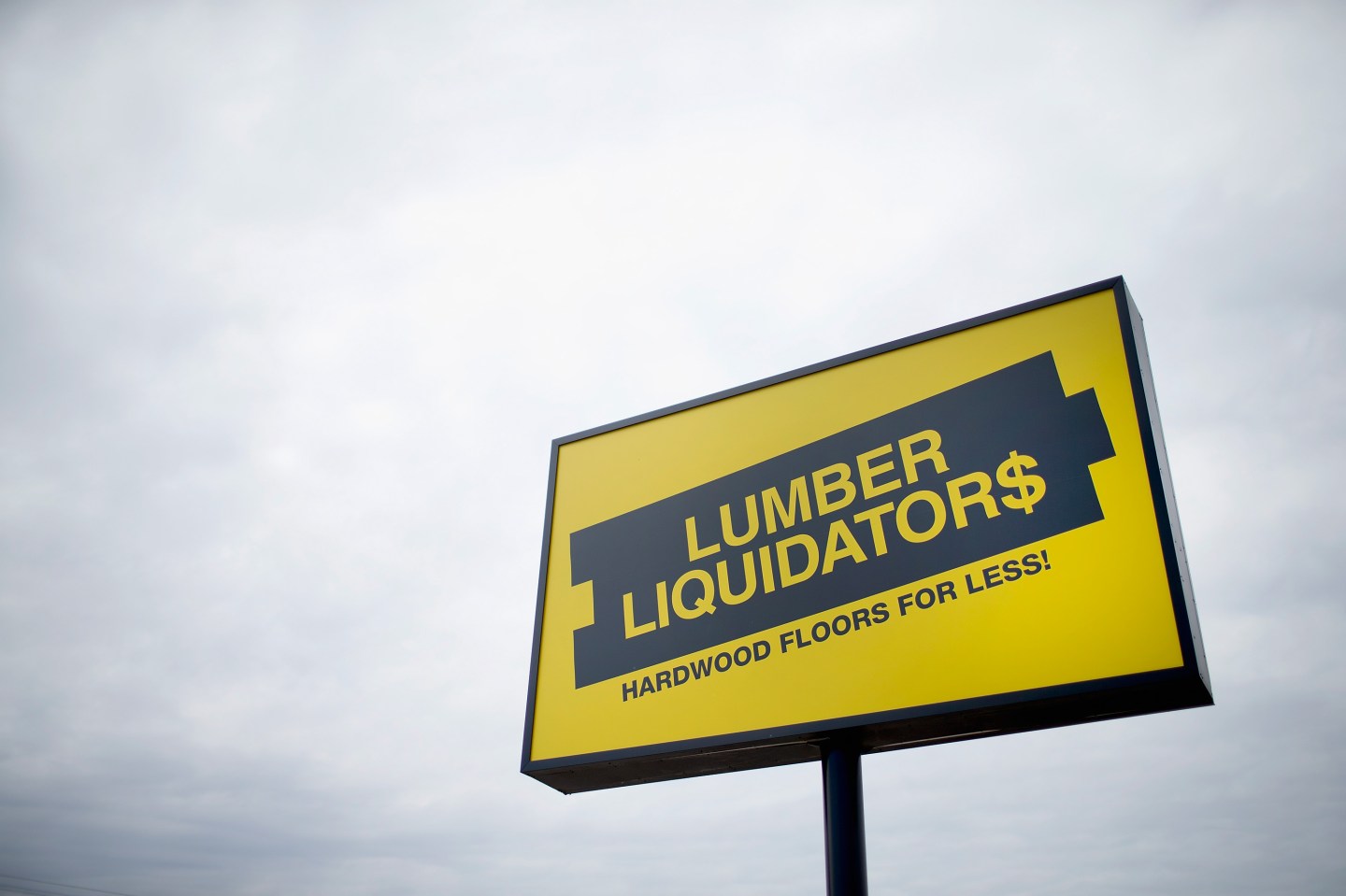 Caption:CICERO, IL - APRIL 29: A sign marks the location of a Lumber Liquidators store on April 29, 2015 in Cicero, Illinois. The U.S. Department of Justice is reported to be seeking criminal charges against Lumber Liquidators following an investigation over imported products. The television news program ''60 Minutes'' recently reported that the company's Chinese-made laminate flooring products had unsafe levels of formaldehyde, a known carcinogen. (Photo by Scott Olson/Getty Images)
Photograph by Scott Olson — Getty Images

Lumber Liquidators (LL) said the U.S. Department of Justice was seeking criminal charges against the company, related to some flooring products it imported.

The hardwood retailer’s shares slid as much as 20.6% to a near-three-year low on Wednesday after the company also swung to a quarterly loss.

Lumber Liquidators said it recorded a $10 million charge in the first quarter ended March 31, related to the investigation.

The charges stem from an investigation started in 2013, when some Lumber Liquidators offices were searched under the Lacey Act by the Department of Homeland Security and the U.S. Fish and Wildlife Service.

The 1900 anti-wildlife trafficking law was amended in 2008, to include plants and plant products.

Lumber Liquidators said on Wednesday that Chief Financial Officer Daniel Tarrell would step down in June. Ernst & Young executive Gregory Whirley will take on the role on an interim basis.

The company also said it faces 103 class action lawsuits related to its laminate flooring made in China.

The U.S. government started investigating the company after CBS’s “60 Minutes” show in March alleged that its laminates from China had excessive levels of cancer-causing formaldehyde.

“We wouldn’t expect a very significant bounce back in sales until next year this point,” Cantor Fitzgerald analyst Laura Champine told Reuters. She expects gross margins to be down throughout the year.

Lumber Liquidators, which gets about 52% of its laminates from China, said on a post-earnings call that it would not add laminate flooring from the country to its inventory for now.

It would make sense if the company goes back to getting laminates from China once demand returns, Champine said.

Aggregate costs could rise by 8-15% if the company made in the United States those products it sourced from China, Lumber Liquidators said in March.

Lumber Liquidators shares were down 17.5% at $27.57 on the New York Stock Exchange in afternoon trading after touching a low of $26.54.