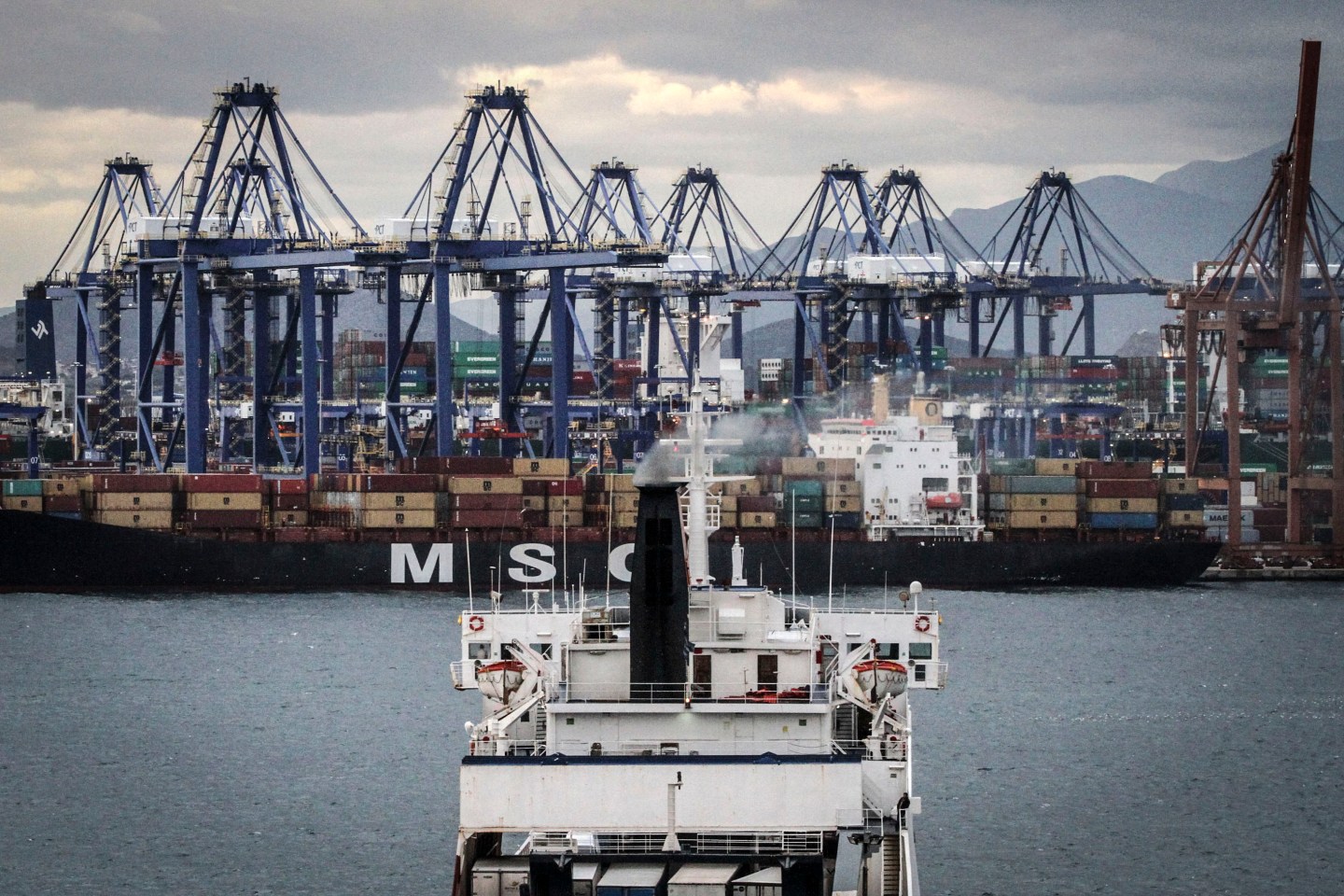 PIRAEUS, GREECE - JANAURY 30: A view of the Piraeus port in Greece on January 30, 2015. Greeces new government, headed by the Syriza Party, said the planned privatization of the port of Piraeus, one of Europes fastest-growing container ports, will be cancelled. (Photo by Ayhan Mehmet/Anadolu Agency/Getty Images)
Photograph by Ayhan Mehmet — Anadolu Agency/Getty Images

Greece’s government is considering selling stakes in its two largest ports as a concession to reach an agreement with its lenders and unlock bailout funds, a government official said on Wednesday.

But hard-pressed for cash and with its euro zone partners and the International Monetary Fund demanding policy concessions before they agree to release remaining bailout aid, the government has softened its stance.

“The negotiating team wants a deal with lenders and we are willing to sell Piraeus and Thessaloniki ports, 51% stakes,” a government official told reporters.

“This has not been decided but in order to reach a deal we may do it.”

Earlier this month, Economy Minister George Stathakis said the government had no plans to sell a majority 67% stake in Piraeus Port but would seek investors for a joint venture with Greece retaining a substantial stake.

Cut off from markets and fast running out of cash to pay salaries, service loans and redeem maturing debt, Athens has only days left to reach a cash-for-reforms deal.

Compromises the government is willing to consider in its bid for a deal include value-added tax rates and some pension reforms.

“We are open in the negotiations to look into the VAT rates and pension issues,” the official said.

Athens could consider a flat VAT rate on all goods and services except foods and books and adjustments in the supplementary pensions, but not cutting those which are below 300 euros a month.

On increasing the minimum wage, a campaign pledge, the official said Athens would consult with the OECD and the International Labor Organization before taking any action.

“We are flexible,” the official said.

Another government official said mass layoffs and pension cuts were still among the government’s red lines.