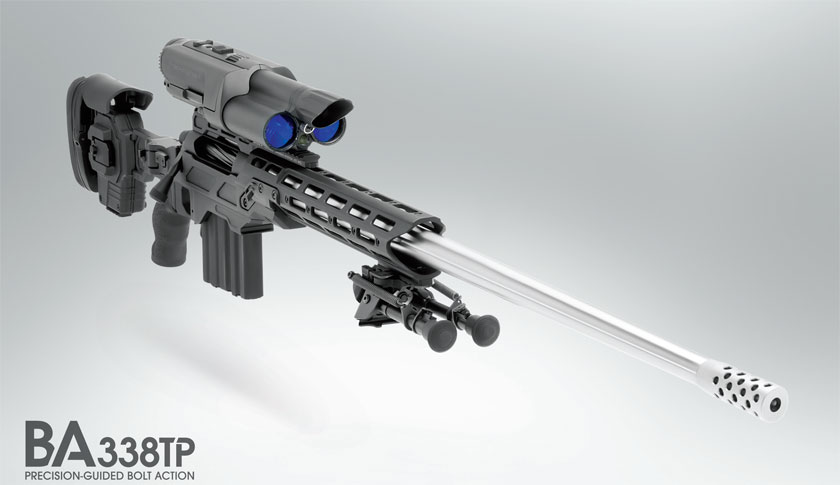 For many people, few thrills in life measure up to that of firing a gun. Whether you’re a soldier of fortune in hostile territory, a police officer putting away creeps or just an executive with an hour of leisure time to spend at the range, the results can be the same — with every shot you squeeze off, the day’s stresses melt away and recede further into memory.

Of course, some view Americans’ affinity for guns as scary and dangerous , but while the debate goes on, sales soar.

The average firearm ranges in price, and for those who view them as more than just loud toys that make holes in things, they’re heirlooms; they’re works of art, and they’re examples of craftsmanship at the highest level. Prices for such weapons go way beyond those of that .38 snub at the pawnshop.

Fortune spoke to people whose stock in trade is high-end firearms, from manufacturers to collectors, and asked what kind of prices these peacemakers and boom sticks can command — and who their high-end customers are.

The Pine Creek Sporting Club is a members-only club in Okeechobee, Florida. Co-founded by golf legend Jack Nicklaus, it offers every amenity members could possibly imagine — which they certainly have coming to them after spending a few million dollars on a 55-acre ranch there.

The main attraction is shooting, and according to Steve Middleditch, the club’s “Shooting Pro,” some of the finest guns in the world are available to its members. In its arsenal are firearms from such English manufacturers as James Purdey & Sons, Holland & Holland and Westley Richards, as well as such Italian manufacturers as Fabbrica Armi d’Abbiatico e Salvinelli and Perazzi.

“We purchase guns from the different manufacturers around the world,” he said. “A large amount of our high-end guns are actually from our members trading amongst themselves to find that special shot.”

Club members use these weapons free of charge, a treat considering that he said they range in price from $10,000 to over $200,000. Still, he said he hopes to acquire some of his personal favorites for the club in the future.

“I would like to have a Peter V. Nelson shotgun and express rifle to show his fantastic craftsmanship,” he said.

TrackingPoint is an applied technology company located in Austin, Texas. According to its website, it is staffed by “a group of technologists who love to hunt and shoot.”

While hunting a gazelle, company founder John McHale missed a shot from 300 yards, and swore never to let this to happen again, to him or to anyone else. Thus was the TrackingPoint Precision-Guided Firearm born.

According to CEO Frank Bruno, the weapon uses “fighter jet lock-and-launch technology… enabling anyone to make extraordinary shots on moving targets at extreme distances.” In other words, it tracks and follows the hunter’s target, making it next to impossible to miss.

The gun retails for $49,995, but the company isn’t stopping there when it comes to high-end weapons and equipment.

The words “Las Vegas” summon images of neon, slot machines and Wayne Newton. However, Machine Guns Vegas wants to get on your radar as well. It’s a shooting range that offers clients machine guns, assault rifles and other weaponry that most people only see when their teenagers play “Call of Duty.”

Genghis Cohen, the improbably named owner, said the most popular weapon among his visitors is the AK-47. However, more affluent customers walk right past it, their eyes fixed on the M134 Minigun.

Usually mounted and fired from the side of a military aircraft, the M134 is an electric-powered machine gun with six barrels. It can fire thousands of rounds in just sixty seconds, rendering anything in its path a charred, smoking husk of its former self. If you wanted to buy one for your own helicopter, Cohen said it would probably set you back around $365,000, but at his facility, you can fire 250 bullets out of one for $750.

“Our clientele that can afford to definitely take advantage of the fact that Machine Guns Vegas offers the exclusivity of the Minigun,” he said. “They are extremely rare, and there are very few places in the world you can actually shoot one.”

For many gun enthusiasts, the prospect of operating such a weapon represents the apex of human experience. But Cohen always looks to the horizon, and his next aspiration is to offer “firearms experiences” that will exceed customer expectations.

Jesse James is the founder of West Coast Choppers and star of Spike TV’s “Jesse James Is a Dead Man.” He’s famous for customizing motorcycles, but his latest venture is customizing guns, which he sells through Jesse James Firearms Unlimited.

The company started almost by accident, when he posted a photo of one of his own customized firearms online, with no intention of selling it.

He said that Saudi nationals with money to burn aren’t his sole buyers by any means.

“I guess our core demographic, a guy who’s going to spend $25,000 on a gun, is probably a contractor who’s in an oil field… blue collar, but they’re successful,” he said, adding that others are interested too. “I get Goldman Sachs lawyers, to freelance pharmacists, to everything in between.”

James has no plans to expand, and said that his goal is for the company to stay small. He said that his new, low-key life is a better fit for him than the celebrity fast lane that he once called home, and all he wants now is to ply his trade.

“I’m working harder than ever physically, but I’m happier than I’ve ever been,” he said. He’s not even bothered by the frequent pushback that he gets from customers on his prices, because he knows he’s offering something few others can.

“You can’t just call Smith & Wesson and say ‘Can I have the blue one?’” he said.