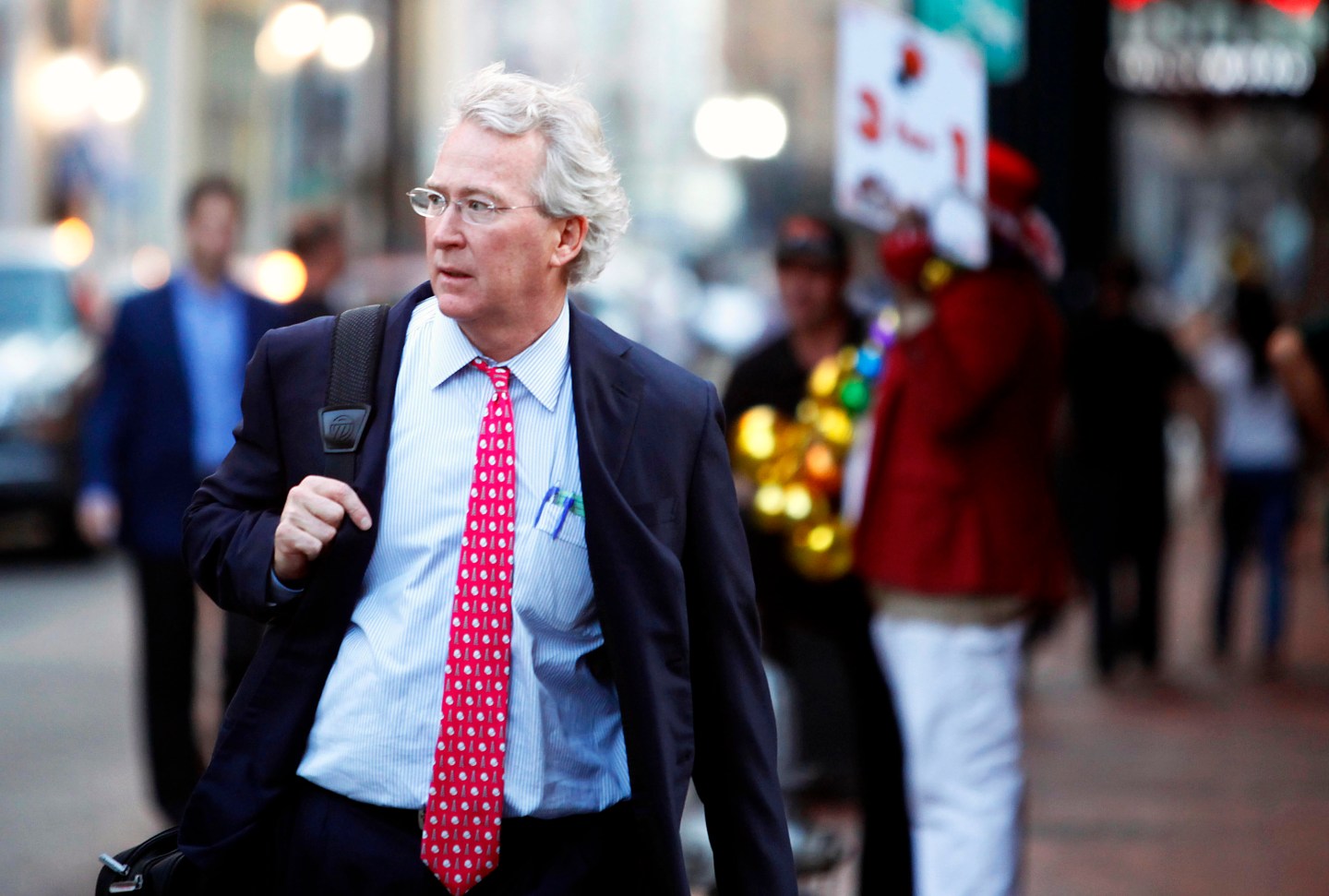 (Reuters) Aubrey McClendon, the former CEOof Chesapeake Energy, is under investigation by the U.S. Department of Justice for potential antitrust violations related to leasing oil and gas properties, according to a regulatory filing by a new business venture he helps run.

The disclosure, from American Energy Capital Partners-Energy Recovery Program, is the first to say the executive is personally facing government scrutiny. Chesapeake Energy Corp has previously disclosed it was cooperating with a government probe into possible antitrust violations.

The inquiry has looked at whether buyers of oil and gas properties colluded to avoid bidding up land prices.

“In connection with the formal investigation of Chesapeake in 2012 by the U.S. Department of Justice into potential antitrust violations relating to the acquisition of oil and gas leases, Mr. McClendon is also being investigated,” the filing last week with the U.S. Securities and Exchange Commission said.

A representative for American Energy Capital Partners-Energy Recovery Program was unavailable to discuss the matter.

McClendon, who co-founded Chesapeake in 1989 with Oklahoma oilman Tom Ward, was ousted as CEO in 2013 after a liquidity crunch exacerbated by heavy spending on oil and gas acreage and a corporate governance crisis.

McClendon now runs oil and gas firm American Energy Partners in Oklahoma City. He is also involved in other ventures, including American Energy Capital Partners-Energy Recovery Program, a partnership that aims to raise as much as $2 billion for him to invest in oil and gas properties. The two entities are separate but share some employees and investments.

In another matter, Chesapeake on Friday agreed to settle an antitrust charge from Michigan’s attorney general that it colluded with a competitor, Encana Corporation, to suppress oil and gas land lease prices during a 2010 leasing boom. Encana agreed to pay $5 million in a civil settlement with the state in May 2014.

A spokesman for Chesapeake (CHK) said the company was glad to move past legacy issues inherited from past management.

While the settlement with the state of Michigan closes one pending issue, a federal inquiry by the Department of Justice into potential antitrust violations in the past is ongoing in other places, according to the most recent SEC filings.

For more about the energy industry, watch this Fortune video: