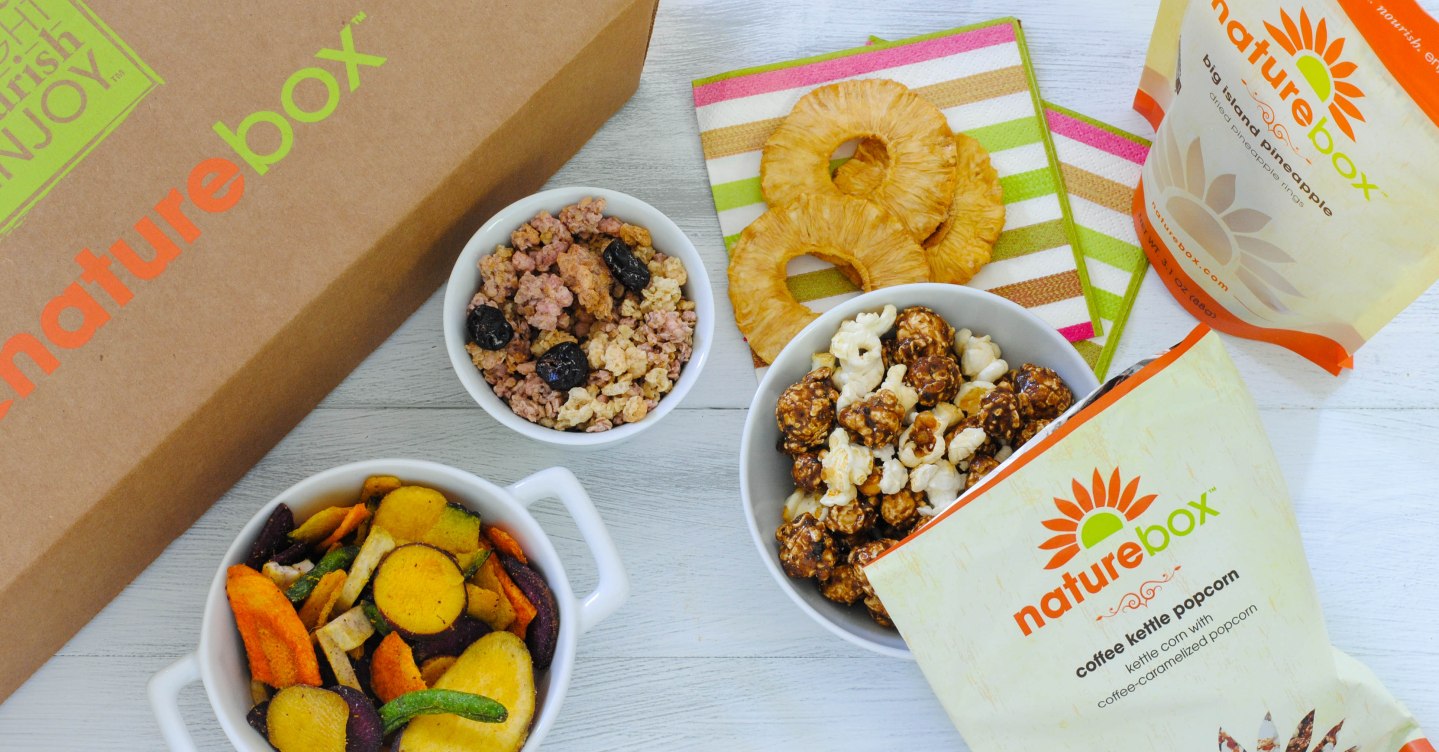 NatureBox has put in an order for a new chief marketing officer.

Fortune has learned Elias, who worked at StubHub for over a decade, will join the subscription snack box company as CMO beginning May 11. He comes on board shortly after NatureBox announced it raised $18 million in Series B funding and as the company begins to roll out the company’s first national TV ad campaign to draw more attention to its snacking business.

“I’ve always known that I wanted to go back to a startup,” Elias said. “As a consumer, I love the [NatureBox] product. Every time I put them in front of friends, I find that people love them. I want to build upon that.”

Elias will take over the CMO reins from co-founder Kenneth Chen, who will pivot and focus more on special projects, as well as spearheading efforts to maintain NatureBox’s startup culture as it grows to nearly 100 employees. NatureBox, which launched in the beginning of 2012, is a subscription service that sends snack packs to homes each month, though the company also works with corporate clients and is experimenting with other ways to go beyond direct-to-consumer delivery. NatureBox, which calls itself one of America’s “fastest growing snack brands,” shipped 3 million snack packages last year. The fast-growing company hopes to report “hundreds of millions” in annual revenue over the next few years.

Elias admits he hasn’t worked in the food industry for much of his career, though he has had experience working for a handful of startups, including StubHub before it was acquired by eBay and Esurance before Allstate (ALL) bought it. The 41-year-old executive said NatureBox is delivering a special product, but also sees opportunities for the company to potentially create a convenient, on-demand product. He sees great opportunity within mobile, which he says is now a strategy that is expected for all e-commerce startups.

The jump to NatureBox from StubHub came after Elias and NatureBox co-founder and CEO Gautam Gupta became friendly last year. Eventually, Elias was convinced NatureBox was an “exciting startup at the right time” for him to join the team, even though he wasn’t looking for a new job when he first met Gupta.

Gupta has been busy building an executive team with some new faces. Last summer, he announced two key hires: new CFO Carrie Kalinowski and a Chief Supply Chain Officer Michael Thompson. He said Elias will play a pivotal role in developing a strategy for NatureBox to win over more new customers. He is hopeful an ad campaign on TV will help NatureBox maintain momentum this year.

“Food is a mass market category and we think based on the demand we’ve seen online, this is a product consumers across the country want,” Gupta said.