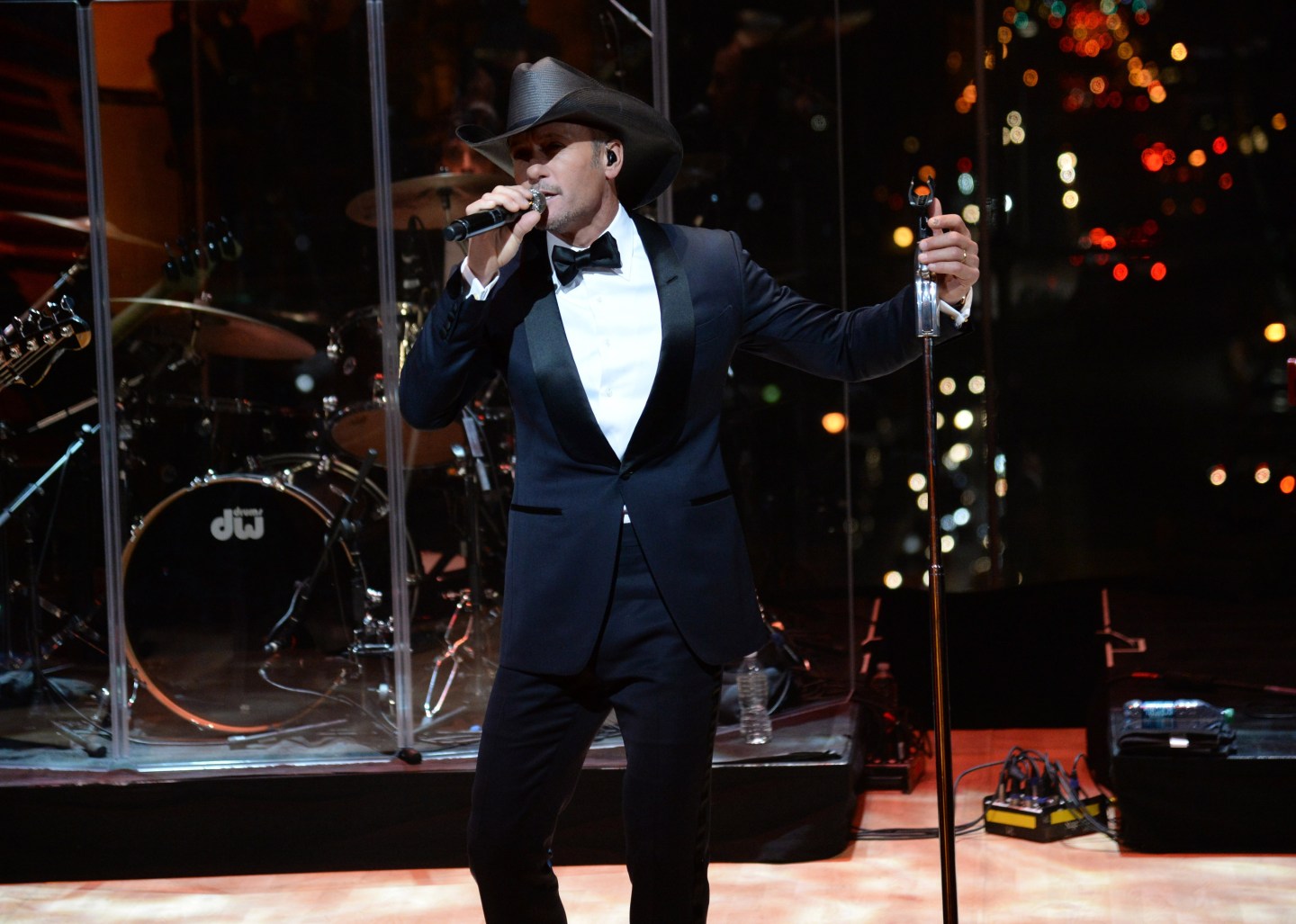 NEW YORK, NY - APRIL 21: Tim McGraw performs onstage during TIME 100 Gala, TIME's 100 Most Influential People In The World at Jazz at Lincoln Center on April 21, 2015 in New York City. (Photo by Kevin Mazur/Getty Images for TIME)
Photograph by Kevin Mazur — Getty Images
My hat goes off to Nancy Gibbs and her colleagues at TIME, who managed to assemble the most eclectic group of influential people one can imagine last night in New York City as part of their celebration of this year’s TIME 100.
I found myself sandwiched between billionaire David Koch and Fox News anchor Bill O’Reilly while watching Tim McGraw perform in a tuxedo with a vista of Central Park as his backdrop. Koch gave me his very favorable critique of Scott Walker as a presidential candidate, after the Wisconsin governor’s visit to New York this week. (You won him over on education, governor!) O’Reilly barely gave me the time of day.
Among the Fortune Most Powerful Women in the room of roughly 300 guests: Katie Couric, Arianna Huffington, Mellody Hobson, Diane von Furstenberg and Theranos CEO Elizabeth Holmes, whom we profiled in a Fortune cover story last year. Also, Faith Hill, Tim and Faith’s three attractive daughters, and Lee Daniels’ mother.
And now a confession: I left before Kanye West performed.