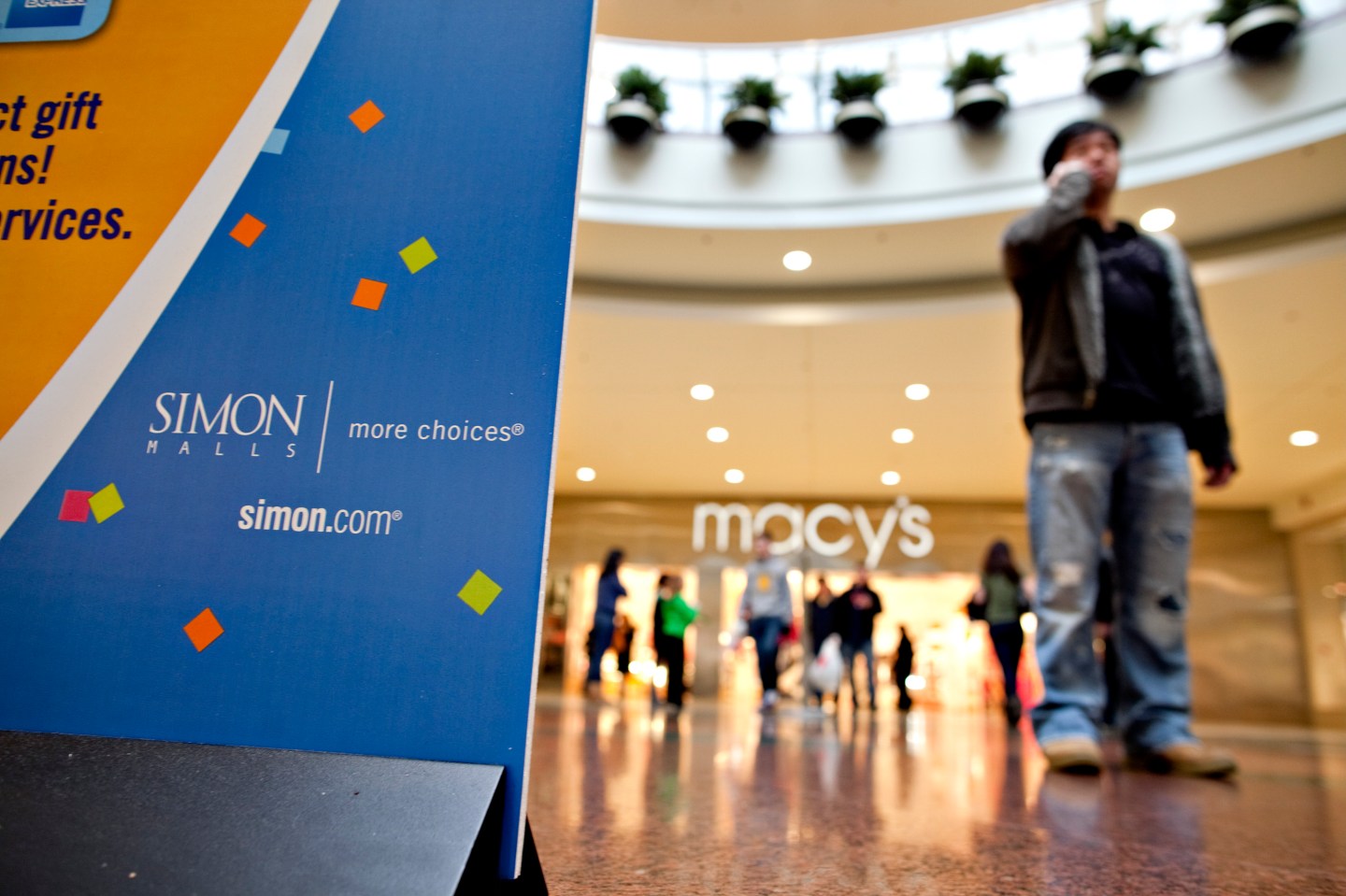 The vast majority of shoppers couldn’t care less whether their local mall belongs to Simon Property Group (SPG), General Growth Properties (GGP), Westfield Group or any other major developer for that matter.

But many of these real estate investment trusts (REITS) are trying to change that, betting that by creating a stronger brand identity, shoppers will come to associate their names with more enticing shopping environments, something potentially critical as many developers build more new outlet malls and redevelop existing shopping malls.

Simon, the largest U.S. mall owner with 207 properties, is a case in point. Last year, it launched a pilot loyalty program at five of its malls and has been busy investing in technology to adapt to the changing behavior of today’s shoppers.

The company is coming off a banner 2014: funds from operations (FFO), a key metric in real estate, rose to a record $8.90 per share, while retailer sales per square foot in the last 12 months reached $619 per square foot, their highest ever. And tenant occupancy edged up to a record 97.1%.

But across the industry, malls, particularly the lower-end ones, are struggling with declining traffic, and uncertain long-term prospects, prompting leading companies to want more control over their destiny. A 2015 industry outlook by real estate analysis firm Green Street Advisors predicted the gap between successful malls and struggling ones would only grow this year. But even good malls, which make up the bulk of Simon’s portfolio, face challenges, hence the push to stand out, and take advantage of the fact that millions walk through their properties every day.

“If you have this large scale a business, footprint and this many interactions, why wouldn’t you brand it?” Simon Property Group’s Global Creative Director Chidi Achara told Fortune on a recent tour of its Westchester luxury mall in White Plains, N.Y.

“The idea is that over time, we can build some sense of consumer understanding and recognition and equity around the idea that Simon delivers superior shopping destinations vis-à-vis our competitors,” Achara added.

While Westfield for one has long included its name in all of its malls to build up its brand, Simon is newer to branding efforts. For example, it has placed ads at subway entrances around New York City that include its logo and name of Simon’s area malls. It has added the word “Premium” to the names of its luxury outlet malls. And many of its centers use black, white and grey color palette similar to its logo to create a recognizable look.

The branding strategy extends to other spheres of Simon’s business. The new loyalty program it is testing out at five malls, including the Westchester, offers perks like free parking for anyone who signs up, and the ability to collect points by shopping and then redeem them for goodies from tenants like Tiffany & Co (TIF) and Ferragamo. For now, points earned at one Simon mall may only be used there, but at some point, that could extend to other Simon properties.

Perhaps most importantly, Simon has focused a ton on technology. For example, in December, Simon teamed up with eBay (EBAY) to install an interactive directory with 3D maps, and personalized offers at its mall in Palo Alto, California, in the heart of Silicon Valley. Simon is collaborating with shoe retailer Aldo on a digital storefront. In the last year, Simon has also formed a venture capital arm that aims to invest in new retail tech companies.

Even before Simon began its branding efforts, some 35% of every day shoppers had heard of it, Achara said.

But Simon is aiming for even more brand recognition, something that should be helpful as it expands and remodels more locations and seeks to train shoppers to seek out Simon-run malls. Last year, it opened three new outlet malls in North America, even as it renovated Woodbury Common, the highest-grossing outlet mall in the country, believed to generate sales of $1.3 billion a year. This year, it is expanding its Roosevelt Field mall on Long Island, which will house a Neiman Marcus next year, among many other projects.

The ultimate goal is to “deliver a better product to our consumers and retailers, and (we) are ready to engage with our consumer to generate more and extended visits to our properties,” Simon wrote.