Big data is key to disrupting the U.S. patent industry 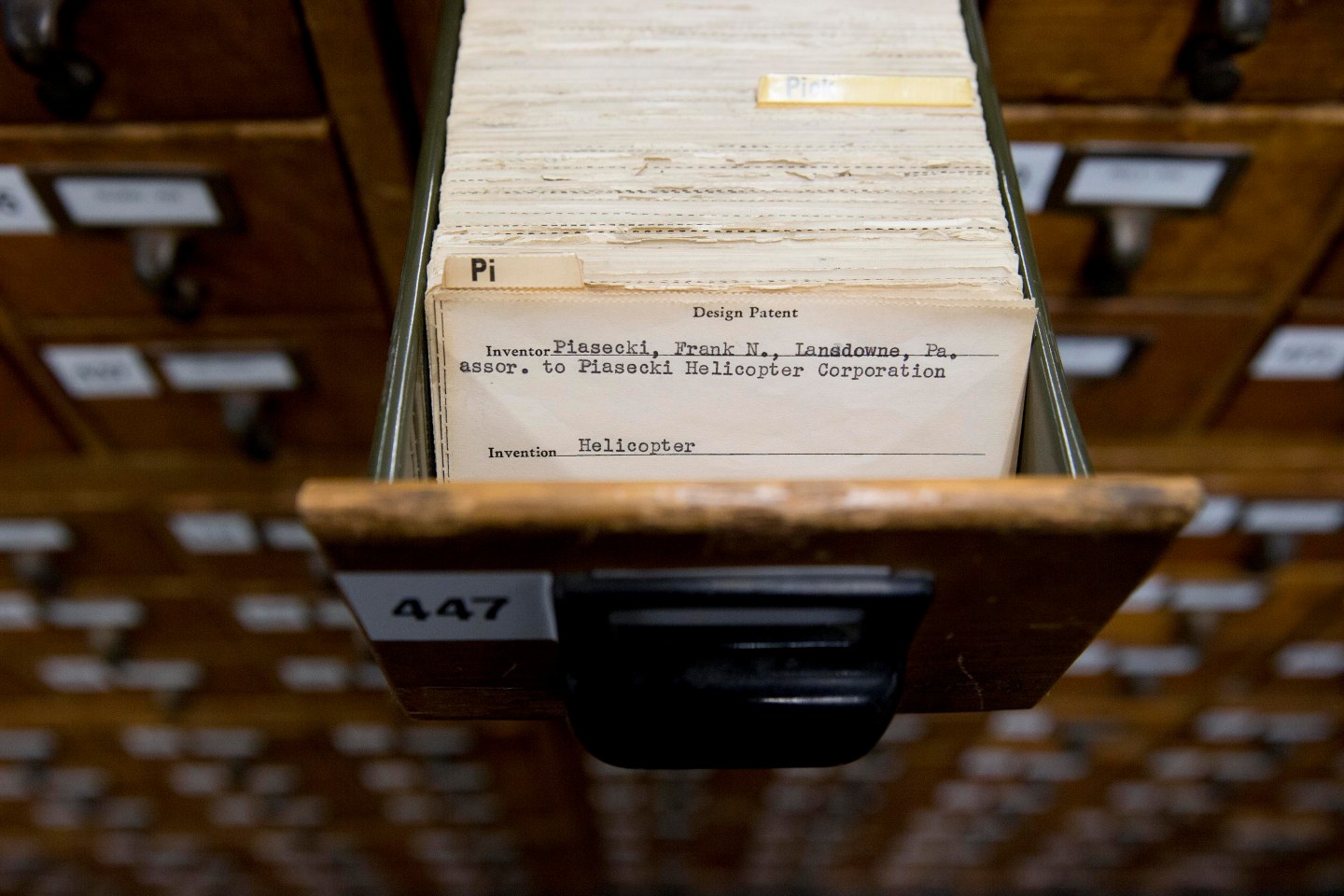 Patent records sit in the patent inventor index cabinet inside the public search facility at the U.S. Patent and Trademark Office (USPTO) headquarters in Alexandria, Virginia, U.S., on Friday, April 4, 2014. The Senate Judiciary Committee tomorrow plans to mark up a measure that would curb the activities of so-called patent trolls after pulling back the bill last week in the face of opposition from such companies as 3M Co., AstraZeneca Plc, Monsanto Co. and Procter & Gamble Co. Photographer: Andrew Harrer/Bloomberg via Getty Images
Andrew Harrer/ Bloomberg—Getty Images

“Big data,” the industry buzzword that refers to massive data sets that can be analyzed for new insights into human behavior and trends, is often equated with Big Brother. In the popular imagination, it’s become synonymous with privacy concerns surrounding the endless streams of personal information collected by companies, governments, and social media networks.

Yet big data also refers to the vast bodies of information that can be mined for scientific and commercially useful insights, leading to improvements from healthcare to economics. A new startup is now poised to use big data for the greater good by changing the way companies find the latest innovations. It could have major implications for the patent system and any industry that relies on it.

The United States Patent Utility is a newly launched web-based licensing platform offered by Parent Properties. Led by Priceline (PCLN) founder Jay Walker, the Utility (as it’s sometimes called) is a public company that will bring together inventors and would-be users, kind of like a match-making service. The company’s analytics technology searches the two million-plus patents on file with the U.S. Patent Office, as well as its huge volume of pending patents, and matches companies with any concepts that will help them meet their business goals.

I have just signed on as the company’s chief economic adviser, and last fall co-authored a study estimating that the U.S. could reap up to $200 billion in annual economic benefits if there were even modest increases in the number of patented inventions that are successfully commercialized. Until now, that’s been easier said than done. For all but the most potentially valuable patents, it is next to impossible to secure a license for an invention.

Patent holders often must first file costly and time-consuming lawsuits before reaching license agreements with potential users. In instances where there is no litigation, it can be bewildering and costly for inventors to locate companies who might want to use their inventions. The current system’s shortcomings are the reason 95% of all patented inventions are never licensed, much less make it to the commercial marketplace. That’s a shame—the patent database is the world’s largest library of technical experts and technological innovation. It is the entryway to valuable and untapped improvements in a variety of sectors, from manufacturing to health care and beyond.

This is not to say that each and every patent has economic value. Many do, and many don’t. Blockbuster or “home run” patents, that is, those worth fighting over in court, help drive economic innovation. So do many patents of lower value—those that contribute to incremental changes in products, services, and manufacturing and business processes, the “singles” and “doubles” of the innovation world, to use a baseball metaphor. This failure to follow through on commercializing patents holds our nation and its individual companies back in a competitive international marketplace.

After all, wading through millions of granted and pending patents to find the right match is an expensive and time-consuming search for the proverbial needle in a haystack. Unless you are deep-pocketed member of the Fortune 500, it’s an effort that is out of reach for many companies. Not surprisingly, my own investigation of individual companies has revealed that the costs and uncertainties of using patents are driving some to forgo patenting. Instead they fiercely guard their products and inventions, counting on trade secret law to protect them. This may be a short-term solution for some firms, but is short sighted for those who could generate further innovations by disclosing patented concepts. This hoarding of industry advancements hurts the economy as a whole.

The Utility is designed to open up the world of innovation to companies of all sizes, particularly those with limited resources. Subscribers are provided with non-exclusive licenses to a package of patents which the Utility, using its search and statistical algorithms, determines to be highly relevant to the subscribers’ own products and processes. In essence, the Utility takes an unwieldy patent system and opens it up to opportunities wherever they exist, be that around the corner or across the globe. It’s part innovation search engine, part online dating service for enterprises seeking inventions.

The challenge for companies today, as Harvard Business School professor Karim R. Lakhanu points out, is to connect with the knowledge outside of the four walls of their own research and development operations. The Utility has the opportunity to disrupt the world of innovation itself by accelerating the use of new patented inventions, and the distribution of the knowledge these patents embody.

As Sun Microsystems co-founder Bill Joy once observed: “No matter who you are, most of the smartest people work for someone else.” The Utility is a way for companies to connect with those experts without costly hires, patent searches, or the legal fees of licensing. Given recent pessimism about the pace of long-term U.S. economic growth, there’s no better time to unlock and democratize the U.S. patent portfolio and reverse the trend. It’s all possible thanks to big data. When it comes to expanding U.S. business opportunities, this oft-misunderstood resource proves itself to be a gentle giant, not a Goliath.

Robert Litan is chief economic adviser to Patent Properties and a non-resident Senior Fellow at the Brookings Institution.